The State of the Freelancers Union 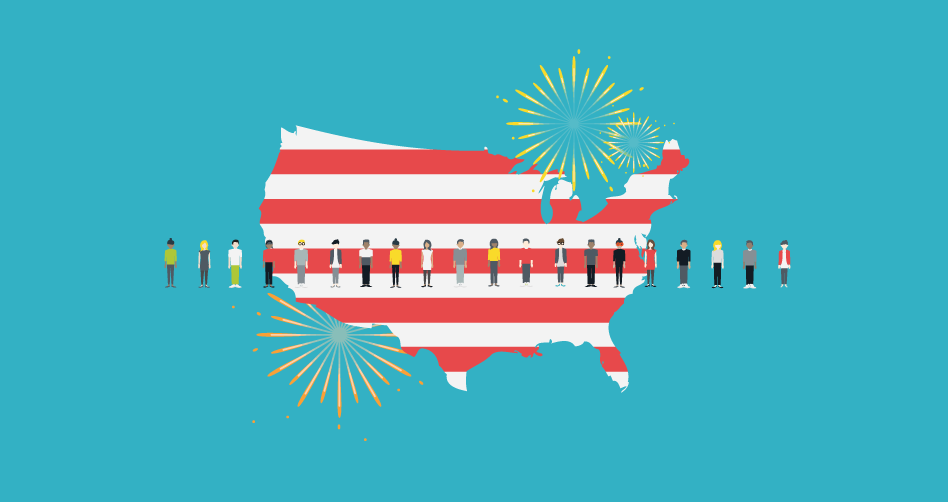 Rafael presented his vision for a 50-state freelancers movement post-COVID-19, which includes an expanded network of Freelancers Hubs modeled after our coworking and career development space in Dumbo, Brooklyn, and a push to other cities and states to adopt legislation like New York’s Freelance Isn’t Free Act, which provides landmark protections for freelancers against client nonpayment and retaliation.

But first, we need to get through the current crisis together. While a number of programs have been established or extended to include freelancers, their implementation is a mess. Unemployment agencies across the country are struggling to set up applications for nontraditional employees, and were not formally given funds to provide the additional $600/weekly Pandemic Unemployment Assistance (PUA) payments until this past week. It is provided in the CARES Act that both regular UI and PUA benefits are retroactive, so if you are not yet able to apply in your state, your first payments will cover that waiting period since you lost work.

There are also emergency loans available under the Paycheck Protection Program (PPP) and Economic Injury Disaster Loan (EIDL) program from the federal Small Business Administration. Right now, there is no regulation from the federal government about sole proprietors accepting both unemployment insurance and a small business loan, so our recommendation is to apply for both. And while EIDL and PPP funds cannot be used to cover the same expenses, you can use PPP to cover your income and EIDL to pay operating costs and expenses, and you should apply for both as needed. PPP funds are fully forgivable if used correctly, and EIDL is a low-interest loan.

For PPP, which is intended to cover 8 weeks of payroll for small businesses, sole proprietors would calculate their “payroll” as the income they bring in (e.g., if you usually bring $5,000/month, your self-employed payroll would be calculated at $5,000). And while a number of large lenders are limiting their loan applications to clients who already have business accounts with them, new lenders and smaller banks are accepting new clients, and more are lobbying the Small Business Administration to be approved soon. Recently, Paypal and Quickbooks were approved. See a full list of smaller lenders here.

We encourage members to apply for any and all relief programs now. PPP does not require you to prove hardship or impact by the coronavirus, so if you are doing OK now but expect to have issues later, give yourself the safety net of that 8 weeks of income. But remember that you do not qualify for unemployment insurance and PUA if you are still working! In New York, the limit is $504/week — your state number may vary — so if you are still seeing some income come in, your eligibility to claim UI can be jeopardized.

New York Sen. Jessica Ramos, who represents part of Queens and is the chair of the Labor Committee, joined to give an update on New York’s programs. She said one of the issues with UI implementation is that the New York Department of Labor has long been underfunded (as is the case in many states), which impacted its ability to accept the increased volume of calls since the pandemic began. But they are accepting applications from both W2 and 1099 workers, and the New York Department of Labor has a simple chart to help freelancers navigate the UI system.

Sen. Ramos encouraged New Yorkers to advocate Gov. Cuomo to increase funding for the DOL, in addition to endorsing the bill to cancel rent that is currently in the legislature. She pointed out that while the state has enacted a 90-day mortgage freeze and 90-day eviction moratorium, currently, renters are on the hook for their full rent amount even if they are seeing no income.

California Sen. Scott Wiener, who represents part of San Francisco, echoed the need for rent relief. He is coauthor of Assembly Bill 828, currently under discussion, which strengthens a statewide moratorium on evictions and extends the period of time for repayment of back rent. He is also sponsoring a bill to forgive rent for nonprofits and small businesses. For those applying for UI in California, Sen. Wiener said that the Employment Development Division is currently building their system for processing freelancer applications. The estimate is that it will be open to freelancer applications on April 28, and they commit to sending first payments within 24-48 hours after applications are received. The Senator recommended that freelancers set up their accounts with the EDD now but do not attempt to submit an application, so that when the new portal opens on April 28, you will be ready to file quickly.

He also shared that the Secretary of Labor and Workforce Development is hosting regular Facebook Live events to answer further questions. Check that Facebook page for information on the next event.

Finally, attorney J.R. Skrabanek joined to discuss the power of New York’s Freelance Isn’t Free Act (FIFA) and give recommendations for those dealing with nonpayment issues. FIFA provides double damages and mandatory attorney’s fees in the event of a positive ruling in a freelancer’s favor, making the process for submitting a legal claim in NYC simple and easy. For those not in New York, be polite, professional, and firm when requesting your payment. Make sure your invoices contain payment terms (like net 30). Follow up on your requests regularly, and escalate to a contact in the accounting department, the CEO or CFO. At a certain point you can tell them you have no choice but to take legal recourse. Google “Small claims court” + your city to find out how to file — most cities make it easy to do.

As Sen. Wiener said, when this crisis ends, “We will get back to normal, but only in the good ways.” Right now, we have the opportunity to disrupt the status quo that has left freelancers without a safety net, and has perpetuated the oppression of people of color, low-income people, and undocumented immigrants. For us, it is a moment to join together and insist that these temporary protections for freelancers become permanent. When we raise our voices together, the 57 million freelancers in this country are too strong a force to be ignored any longer.

The event was hosted on Instagram live, and the video is on our YouTube channel. We are deeply grateful to our guests for sharing their time and expertise. If there are people you would like to hear from in a future discussion, please let us know! If you sent in a question for the event that was not answered, a member of the Freelancers Union team will be reaching out to respond to you directly.