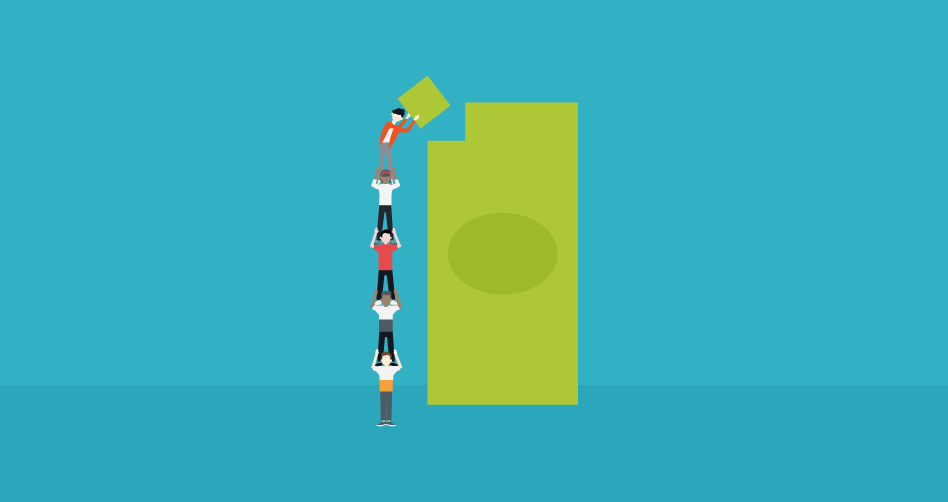 Some of the first questions I’m asked by new or prospective freelance clients are, "How much should I have saved for retirement?" and, "How much should I be saving now?" These are good and important questions–and ones that I have no answer to. That’s because there are some even more important questions that they need to ask themselves first, namely: “What does retirement mean to me?” and “Why is it worth saving up for?”

My job as a financial planner is to help people achieve their goals; if those goals are muddy and unmotivated, any plan to reach them will seem pointless and be quickly discarded.

If it’s surprising that so many people have never asked themselves these questions, consider how we’ve been trained to think about retirement over our lives.

The invention of retirement: A history lesson

Retirement, as most Americans currently imagine it, was an invention of mid-20th-century entrepreneurs and the marketers who served them. As Social Security took effect and corporate and public pension plans became widespread in the 1940s and 50s, middle-class Americans, for the first time in history, found themselves able to retire with the means to live independently instead of relying on their children or neighbors for support. But what was there to do for a generation of retirees with newfound independence? There was some awkwardness in the early years of the Retirement Age, writes Joseph Coughlin of MIT AgeLab in The Longevity Economy:

“On the frontier of retired life, there were now inhabitants but no institutions or instructions for how to live, no economic production roles to differentiate one retiree from the next, and nothing to tell them what to do with their time.”

With its usual enterprising zeal, American capitalism soon rushed to fill the void. Life insurance and investment companies concocted and marketed retirement financial products as their marketing departments urged people to take advantage of their precious golden years. New retirement communities, starting with Sun City, Arizona, sprang up in the South and Southwest to cater to retirees’ needs and capture their dollars. Viagra became the pharmaceutical industry’s greatest success story. The image of the sun-seeking, leisure-oriented senior was placed in American minds and since then has become entrenched.

Why am I bothering to tell you all of this? Because when most of us think about retirement–and saving money for it–the first image available in our minds is the one cultivated by hundreds upon hundreds of advertisements seen throughout our lifetimes for all of the products mentioned above and more. And that’s not a good starting point for making an important financial decision. Your image of retirement should reflect your own goals, values, and relationships–not those conjured up sixty years ago by men on Wall Street and Madison Avenue.

Creating retirement in your own image

If you’re freelancing, there’s a pretty good chance that you’re doing something you enjoy. That doesn’t mean you should be expected to do it forever. Even if you’re healthy, satisfied, and on top of your game into your seventies and beyond, you still might need a retirement nest egg someday. There comes a point for almost everyone where slowing down is a good idea, and you don’t want to have to keep working just to make ends meet. Maybe you’ll cut back on work in order to help care for a spouse or your parents (after all, plenty of Baby Boomers will still be around when their children start to retire). You might even decide on a seventh-inning career change and need the extra cushion to make the transition. All of these are great reasons to have funds saved up for retirement, and none of them have anything to do with the sun-soaked images blasted at us from TV.

So how do you create your own image of an ideal retirement, especially if it’s still thirty or forty years away? You don’t need a crystal ball. You simply have to look at the person you are today and ask yourself some questions about that person. What are they seeking in life? What relationships do they value and depend upon the most? What would they do with their time if they didn’t have to worry about money? It’s true that people evolve over time, but it’s still likely that your core values today will remain in the long run. The person you are–and the life you’ll want to lead–in 20, 30, or 40 years and beyond starts with the values that drive you today.

When crafting your image of retirement, it’s also important to take into account some realities about America and the society we live in. First, women and men can have very different ideas about their post-career lives. Men tend to associate retirement with its relaxation and leisure aspects, while women think about it more in terms of happiness, fulfillment, and family. Women are also more likely than men to care for their spouses or parents at some point in retirement. Gender-based societal expectations shouldn’t be a deciding factor in your or anyone else’s retirement plan. Spouses and other family members should respect each other’s goals and have clear expectations of how they’ll rely on one another in the future.

Social Security and Medicare, the pillars of social insurance that allowed retirement to exist as we know it, will probably still be around when you retire, though possibly in a form very different from the one we know now. Some courageous and visionary person in Congress might be able to enact a version of the current system that holds up for the next thirty years. More likely they will simply scale back and/or privatize parts of it and leave less for future retirees to rely on. Either way, “living on Social Security” shouldn’t be your only plan for what happens when you stop working.

Being idealistic about your retirement can and should also mean being realistic about the resources you’ll have–not just money, but also the time, energy, health, and relationships that will make those years meaningful.

Turning pictures into numbers into action

After all that touchy-feely stuff, I still haven’t given you any real numbers to work with. And of course, now that you see how many different versions of retirement there are to choose from, not to mention the massive assumptions involved in projecting the world between now and your retirement (whenever that may be), you know that I can’t possibly give you a magic number that will put you on the road to a comfortable retirement.

The point of asking yourself all these questions and creating your picture of retirement is that you’re giving yourself a real goal to work towards. Most of the people who ask me how much they should save do so because other people have told them that they need to be saving. Usually my advice is “Save whatever you can," and that’s a disappointing answer that won’t motivate you to start saving if you still don’t have any idea what you’re even saving for or why it matters. Saving for retirement without knowing what you’re saving for tends to be an orthodontic exercise: you extract a part of your income today (and usually the part that goes toward fun stuff) to pay for a hazy future that doesn’t even look that fun in the commercials. Having a real visualizeable goal makes the action of saving for that goal meaningful and enjoyable and, most importantly, increases your chances of achieving it in the long run.

Here at last are some numbers. Most people can contribute up to $5,500 to a traditional or Roth IRA per year. Self-employed people can contribute up to 25% of their net earnings into a SEP or an individual 401(k), and with the latter you can add another $18,500 per year. If you can, you should contribute as much toward these limits as possible. The numbers are somewhat arbitrary, but they’re an easy benchmark to start out with. Start with an IRA and, when you can max out that contribution, add a SEP or 401(k) as your income allows. If you don’t think you can afford to start saving, there may be some habits you can change that will make it easier to do so–but resolving to change your behavior to reach a goal will only be as effective as how seriously you take that goal.

As a financial planner I help my self-employed clients work through the questions they need to ask to solidify their goals and make them reality. In my experience, the people who are by far the most successful at saving enough for retirement–or any goal, for that matter–are the ones who can tell me why that goal matters to them. No ad, no matter how sunny, can answer that question for you. The version of the retirement dream that matters–yours–is the one that will keep you on track.

Ben Henry-Moreland is a financial planner who specializes in working with freelancers, entrepreneurs, and business owners. He also used to be a professional opera singer. You can find him at freelancefp.com.