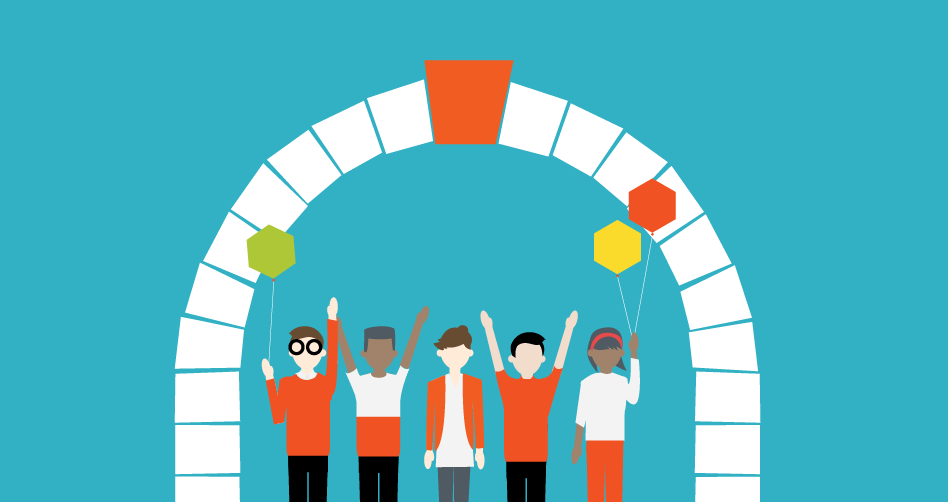 Here’s what I’m usually not doing on a Saturday night: Sitting in a car for 90 minutes in a rundown section of an unfamiliar city, across the street from a seedy-looking bar. But that’s precisely what my wife Linda and I were up to this past weekend.

Here’s how it happened…

Over the past few years, my 16-year-old son, Jon, has learned to sing and play the guitar. He’s done a lot of high school-related shows, but in recent months, and as a way to gain more experience, he’s been doing his best to expand to other venues.

And so a few weeks ago, after doing some online research and exchanging e-mails with the owner of a place in nearby Worcester, Massachusetts, Jon managed to get himself booked as the warm-up act for a heavy metal band called “Aftermath.” (I suggested to Jon that maybe he could introduce himself that night as the band, “Math,” making the main act’s name the punch line to his own performance. He said that was dumb.)

Anyway, when Saturday night rolled around, and since I’d never actually seen Jon perform in public, Linda and I decided to go along and cheer him on.

All was going well … until we pulled up outside and got a look at the bar. Yikes. If the Cheers bar is the place “where everybody knows your name,” this establishment looked like the place where everybody steals your car.

But we were already there. So Jon grabbed his guitar, got out of the car and walked towards the front door, past a bunch of people hanging out along the sidewalk. Linda and I, meanwhile, stayed in the car, painfully aware that as a musician arriving at a gig, the only thing less cool than having your parents drop you off in a minivan, is for them to actually walk you in the door.

An hour and a half after they told Jon he would be playing (I don’t know why I assumed that rundown and seedy would somehow correlate with punctual), Jon texted us that he was ready to start. We said a final farewell to our hubcaps, locked the doors, paid the five dollar cover charge and walked in.

Big surprise. It was bigger and nicer inside than we expected. A couple of pool tables, a few couches, a wide dance floor with lights, and a huge bar that wrapped around an entire wall.

The people inside were even nicer. There were only about 25 yet at 10 p.m., but they cheered and clapped each time Jon finished a song. The older man next to me at the bar introduced himself (Samuel) and told us the history of the building. When Jon was done and it was time to settle up and leave, the bartender/owner, realizing we were Jon’s parents, gave us our drinks for free, “Since you guys had to drive all this way.”

From risk to reward–in life and business

Here’s the thing. If you had given me even half a chance to call the entire thing off while we were waiting outside in the car, I would have. But Jon had promised he’d play. And we’d already driven 40 minutes to get there. And it was too late to do anything else that night. So we went ahead with it.

I can’t tell you how glad I am that we didn’t figure out a way to leave and go safely back home. Because if we had, we would have missed one of the most unusual, enjoyable, fun evenings I can remember.

Running your own business is a lot like that. It’s scary. It’s filled with people you don’t know and situations you’ve never encountered. And there are plenty of days–I’ve lost count at this point–where you think maybe you should just turn around and run back to the perceived safety of a job.

Don't let your fear stop you

First, because it’s a lot less safe over there than it seems … and a lot less dangerous over here than it feels. It’s less predictable out on your own, but no more risky.

Second, because everyone’s scared (even the people who appear to be successful), not just you. Some people are just better at hiding it. Try not to let that stop you.

And finally, because just by being over here, just by trying to figure out what you were meant to do and doing it, you’re already successful. Any regrets you ultimately have aren’t going to be about failure; they’re going to be about having been too afraid to give it a go.

Here’s the bottom line. I hate to think how ready I was to leave the other night, and how I could have missed the experience of walking into that bar, meeting all those people, and watching Jon play his music. I just hope I remember that the next time I have “one of those days.” I hope you do too.

Michael Katz is Founder and Chief Penguin of Blue Penguin Development. He specializes helping professional service providers position themselves as Likeable Experts. Sign up for his free newsletter, The Likeable Expert Gazette, here.