What my first writing rejection taught me 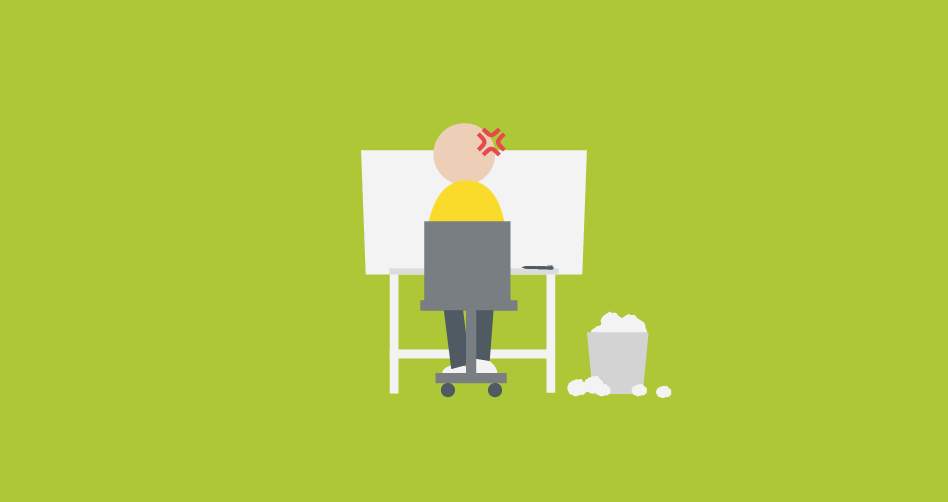 After my freshman year in college at the University of Massachusetts, I lived for the summer with three roommates in an Amherst apartment. I worked part-time as a bagger at a nearby supermarket from 9am to 3pm, and then would bicycle over to the college library in order to read and write poetry. The university offered something called the Juniper Prize, which (if I recall correctly) was $1,000 in cash and publication by the university press. My goal that summer was to read poetry for three hours each day, write fifty poems of my own, and win the Juniper Prize.

Spending an entire summer reading and writing poetry did wonders for me as a writer—not because my poetry was good. In fact, it was juvenile and simply awful, as the poetry of teenagers so often can be. I'd write poems about the birdsong I'd hear in the morning from my bedroom window and how it made me feel. Sorry about that, Emily Dickinson. I wrote the sort of bad, navel-gazing juvenalia that every writer has written at one time or another—and hopes gets destroyed in a fire.

The reason that summer was valuable was because it was my first encounter with the never-ending struggle every writer faces when trying to write something readable. I had to learn discipline. It helped to have the Juniper Prize as a goal, silly as my ambition was. I began developing an ear for words, actually listening to the sounds they made on the page as I read at the library and typed away at night. Even today, as a business writer explaining changes in the new healthcare law or how companies can reduce their tax burdens, I write with my ear as much as with my brain. This is a good thing, to be musical and conscious of the sounds that words make on the page.

I also had to learn how to tell a story, for a poem is nothing if not a compressed story. Best of all, I learned to read in order to inspire my writing. I read voraciously, sitting on the eighth floor of the library in the stacks of the poetry and literature floor. I'd spend a week with e.e. cummings, enjoying his humor, his tenderness, and that wild way he has with language.

Emily Dickinson would become a favorite, especially since I'd bicycle past her Amherst house each morning and wonder how she'd once been in her bedroom writing her meditative poems and listening to the birdsong outside, as I was doing a century later. I read Walt Whitman's "Song of Myself" over and over—not to mention my favorite poem then and now, T.S. Eliot's "The Love Song of J. Alfred Prufrock."

In the middle of August that summer, I finished writing my fiftieth poem and proudly put all the pages into a manila envelope with my $20 entry fee, which I sent to the Juniper Prize Committee with hope in my heart. Did I feel like a "real" poet then, a "real" writer? Of course I did, and I'm embarrassed now at how silly that conceit was from a pimply 19-year-old undergraduate. But every writer goes through that "young poet" phase, and I certainly checked off that box and picked up the t-shirt.

A few weeks later, my manila envelope came back to me in the mail, along with a one-page letter from the Juniper Committee. I remember reading the letter with initial excitement which quickly turned into deflation: "Thank you for submitting your poems, however we have decided not to grant you the Juniper Prize." I was stunned. Had they made some epic mistake? Had they failed to recognize my precocious poetic genius or overlooked me because I was younger than other entrants?

I thought for a minute and then, as if unconscious, walked out to the parking lot in front of my apartment building. There was a large dumpster there. I carefully put the letter back into the manila envelope with my 50 poems inside, my only copies of my magnum opus, and hurled the entire package into the dumpster, then turned and walked away. As literary gestures from 19-year-olds poets go, this was a fairly dramatic one.

I was done with writing right there and then. I had failed as a poet, and I spent the next week brooding and confused about my "wasted" summer and the idiocy of the Juniper Committee. Needless to say, I somehow found the strength to carry on. Looking back, that was one of the best summers of my life, including "losing" the Juniper Prize. The writing life is nothing if not difficult, and dealing with rejection is the most basic tool every writer needs. As the great Irish writer Samuel Beckett once wrote: "I can't go on; I'll go on." That's how I felt then. I moved on and kept writing after all.

Boston-based Chuck Leddy is a freelance B2B Brand Storyteller who connects brands and customers through engaging stories. His clients include ADP, Catalant Technologies, The Boston Globe's BG Brand Lab, and The National Center for the Middle Market. His website is www.ChuckLeddy.com