Don’t stop sharing what you know 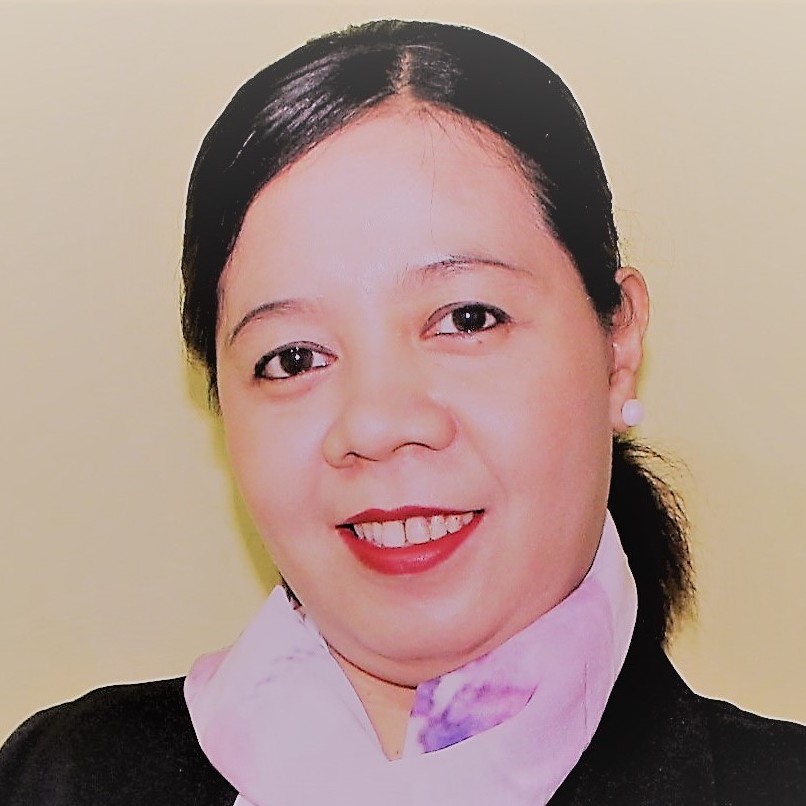 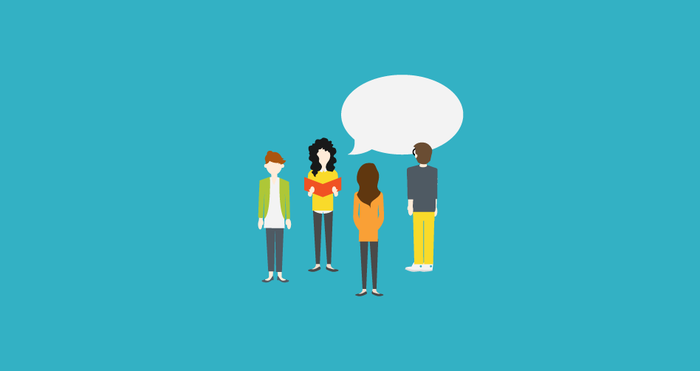 I loved. I shared. I was rejected. But I refused to give up. I wanted my voice to be heard. Eventually I was featured on Forbes.

It ended the search. It changed the entire game.

This isn't a love story, but yes, it started with love — loving what I truly believe in no matter what.

It all started with love.

It all began when I learned how to use LinkedIn as a tool for finding jobs and helping recruiters and clients find freelancers like me. Although I created my LinkedIn profile in 2008, it was not until 2014 that I began to be truly active on this platform.

Just like most users, I just created my profile and concluded that LinkedIn was not an interesting place, so I forgot about it.
Unlike Facebook, LinkedIn isn't that popular yet in the Philippines. As of 2016, there are only 3 million LinkedIn users from the Philippines while 43.9 million Filipinos are on Facebook as of 2017.

When I began optimizing my profile in 2014, I started seeing amazing results. Recruiters, CEOs, VPs, and other LinkedIn users were checking out my profile and sending me job leads or job invites. Since then, LinkedIn has become a part of my daily routine.

I curate articles, read posts from the influencers and publications I follow, engage with my connections, create my own content, and watch learning videos from Lynda. I do these every single day. LinkedIn has literally become a one-stop source of information for me.

With so many opportunities coming to my door via LinkedIn, I couldn't help talking about it — with my family, my friends, my colleagues, my Facebook friends. Now, almost everyone who knows me personally knows how much I love LinkedIn.

Because of the job leads and invites that I have been receiving, and because I knew that other people are searching for jobs, I started sharing them. 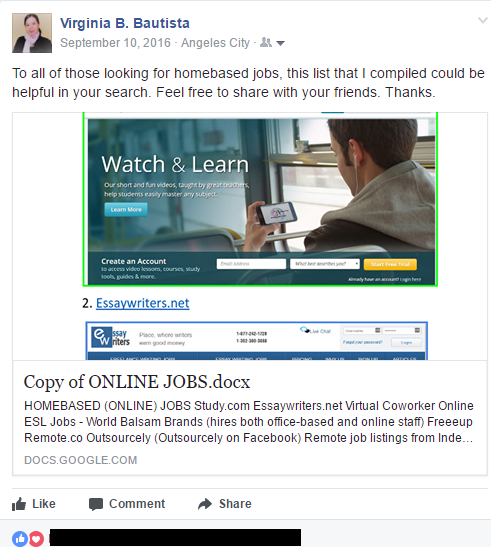 I compiled a list of companies looking to hire work-from-home staff or sites that enabled freelancers to search for work-from-home jobs. Some of these were from other LinkedIn users who reached out to me.

As a teacher and learner by heart, my instinct was to share, rather than withhold, any information that I believed others could benefit from.

When I 'heard' someone talking about LinkedIn, I joined the conversation and started sharing what I knew about it. I shared the same list of companies I shared above and waited for the group administrator to approve my post. It didn't happen.

When I logged in the next day, I realized I was kicked out from the group.

Or was it my attempt to "educate" group members about LinkedIn that made the group owner decide to kick me out?

I also shared some information on how freelancers could use free massive open online courses (MOOCs) to upgrade their skills.

Could it be the wrong thing that I did?

I can't be sure. All I knew was that, for the first time, I was rejected for sharing my knowledge with the group.

But I refused to stop sharing.

Finally, I reached out to one of them. And to another.

Until I found the one who was so excited that I reached out to her. She welcomed me to her community of freelancers, accepted a guest post from me, and gave me a chance to join a Facebook Live interview to talk about LinkedIn.

That interview garnered an engagement of about 2,200 views, 24 shares and 55 comments.

When I saw how the live interview was received, it made me really happy. It's great to know that my fellow freelancers appreciated the knowledge I shared — those that others would rather withhold or would rather give only for a fee.

Because of the live interview's success, we're holding a webinar to further help freelancers use LinkedIn as an inbound marketing tool.

I didn't lose hope when that Facebook group owner rejected me. I refused to let him decide whether I would continue reaching out so that my voice would be heard.

I started publishing articles about freelancing and helped those who reach out to me for some guidance. I am not new in the industry, but I was quiet for a long time.

What I have proven along the way is that — and this is my long-held belief:

"Whatever we give — be it information or anything — goes back to us tenfold."

When we share information, we don't lose anything. Instead, we are bound to receive much more than we give.

If you believe in what you do, don't let anyone get in the way.

After going through the difficult path of trying to have my "voice" heard in the industry, being featured on Forbes to share what I know about LinkedIn is over 10 times of what I have been giving away. It literally magnified my reach and amplified my voice a thousand times.

I'm truly grateful that Joe Escobedo found me on LinkedIn through one of the articles I wrote about LinkedIn and freelancing. Through Joe's article on Forbes, freelancers are now the ones finding me and they are reaching out to me!

Today's the seventh day the article has been live on Forbes, and my LinkedIn profile views increased by 446%!

Most importantly, I see many of my fellow freelancers starting to optimize their own profiles and starting to become active on LinkedIn.

I couldn't ask for anything more. #grateful