Are you playing the wrong game? 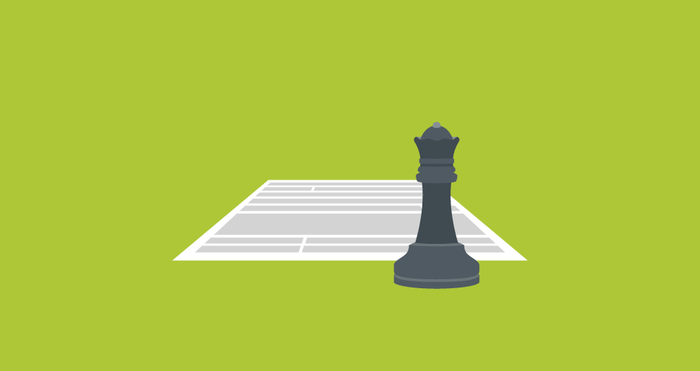 I don’t know about you, but my sense is that things have changed mightily over the past 35 years.

Back then, for example, tattoos were uncommon; gas cost 89 cents a gallon; and when you picked up the phone, nobody ever asked you where you were.

But college? Well, that’s something that I had assumed was more or less still the same. That is, until my daughter Emily went off to college in Tacoma, Washington.

You see, when I left for college in 1978 it was an abrupt break from my parents. I spoke to them once a week on the phone, but other than that, we had very little contact during the school year.

And so I expected – dreaded, actually – that the same thing would happen with Emily and me. Happily, that hasn’t been the case.

We Skype weekly, Snapchat regularly and text constantly. But that’s not all. What’s kept our connection even stronger is online scrabble. More specifically, a smartphone app called Words With Friends that lets you play scrabble with someone else, over time and over distance.

It’s a fun distraction and a nice way to interact with your offspring in a way that doesn’t require you to think up meaningful, parenty things to say every other minute.

For the first couple of months though, Emily won every game.

I don’t mean by a little bit either. She’d be up by 100 points after four or five moves, a colossal difference in a game where the winner is lucky to clear 400.

Then, one day, it dawned on me: Scrabble isn’t a word game; it’s a number game.

Yes, you need to create words. But simply putting down fancy – even long – words, isn’t how you win. With some squares on the board offering triple value, and some letters worth as much as 10 times more than others, you win by paying attention to how the numbers add up.

Has it made a difference? Well, now that I’ve adjusted my approach, I only lose two out of three to Emily (what can I tell you, she’s still smarter than I am).

But you know what’s interesting? When it comes to acquiring new clients, most of the professional service providers I see are likewise playing “the game” in the wrong way.

They think that client acquisition is a game of expertise and qualifications – one in which prospects hire the person or firm with the greatest capability.

And so they continually attempt to prove their expertise and reinforce their qualifications. They point to the degrees they possess, their years in the field, their integrity, their work ethic, their overall expertyness.

But here’s the thing. That’s not how people hire professionals.

First, because they can’t discern who’s more technically capable anyway (do you have any idea how medically qualified your doctor is?).

And second, because if your prospects are members of the human race (or at least primates), they’re neither systematic in evaluating all available options nor particularly objective in making decisions.

Yes, you need to be seen as a qualified expert – that’s the price of admission. But that part is only the letters in the scrabble game.

What you really want is to be seen as a likeable expert. That’s the strategic placement of the letters on the scrabble board. That’s what people remember and, unlike your technical capabilities, it’s something they can understand and form an opinion on.

Be more visible with the people you already know.

Top-of-mindedness matters. When a need arises, you need to be on the short list of possible solutions. People don’t reach very far and if I haven’t heard from you in two years, it’s not going to happen.

Find ways to stay in front of the people you know – your “house list” – over and over again, forever. (Did somebody say “Email Newsletter?“)
Raise your likeability score.

People hire people they like (and avoid those they don’t).

Is your voicemail message friendly? Is your web site welcoming? Do you send thank you notes to people who help you? Do you return calls from strangers who ask a simple question? Do you congratulate people when something good happens to them? Are you easy to talk to, happy to help, generous with your time?

I know. This stuff is so simple and obvious it seems like it doesn’t even belong in a discussion of how to market yourself effectively. But believe me, to the extent I’ve been successful, it’s not because I’m smarter than anyone else (although I am better looking). It’s because I work at likeability, all day long.

Strive to become a visible, likeable expert, and you just may give Emily a run for her money.

Michael Katz is Founder and Chief Penguin of Blue Penguin Development. He specializes in helping service professionals stay top of mind by positioning themselves as “likeable experts.” Sign up for his free newsletter, The Likeable Expert Gazette, here.