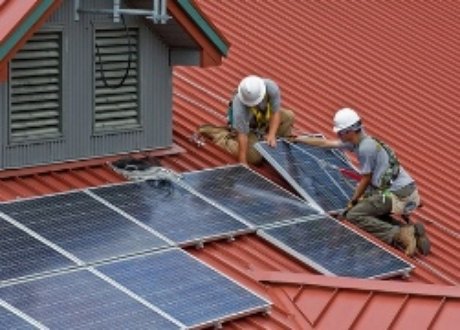 Remember when I said co-operatives are the future? I still stand by that. Check out the Evergreen Cooperatives in Cleveland, OH.

The program launched in 2008, when city leaders and some of Cleveland’s major institutions— like the Cleveland Clinic, University Hospitals, Case Western Reserve University and the Cleveland Foundation, working with the Democracy Collaborative of the Univ. of Maryland—got together to try and create living-wage jobs in a city that had been losing jobs for more than two decades.

They focused on a handful of neighborhoods in the Greater University Circle (GUC) area, where the median income was about $18,500 and unemployment hovered at around 25%.

They wanted to set up a network of worker-owned cooperatives, fashioning themselves after Mondragon, a hugely successful industrial cooperative in Spain that lifted the economy of an entire region. It was founded in the 1950s, in the Basque region, and has grown to a network of more than 200 businesses with nearly 100,000 employees.

The first Evergreen company to launch in 2009 was a green laundry service, Evergreen Cooperative Laundry. Since some of the area's anchor institutions are hospitals, and hospitals do a lot of laundry, it made good business sense. The cooperative has about 40 employees and handles about 10 million pounds of sheets and towels per year---4% of the local market.

Evergreen Energy Solutions came next, which does solar panels for local universities, hospitals, government, and commercial buildings. (Again, ready-made big-ticket clients.) It has about 20 employees.

New Evergreen employees get job training and a 6-month trial period, and then have to be voted into the cooperative by other members. Once approved, they get a $2 per hour raise, and at the end of the year, a share of the company’s profits.

Cleveland's biggest institutions, like hospitals and universities, partnered with city leaders to create living-wage jobs in the neighborhoods around the Greater University Circle area.

Evergreen Laundry handles about 10 million pounds of sheets and towels per year from local hospitals, nursing homes and hotels, about 4% of the local market.

Evergreen Energy Solutions project. Ohio mandated that 25% of its power come from renewable energy sources by 2025.

Green City Growers' 3.25 acre greenhouse makes it one of the largest urban farms in the U.S.