In Austin, Everything's Coming up Local 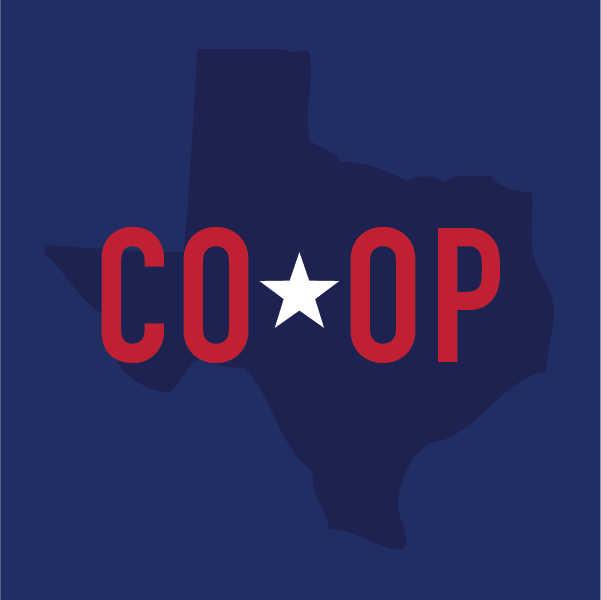 It’s a relatively small city – about 820,600 people – but it has more than 70 cooperative businesses, including the Wheatsville Food Coop, one of the leaders of the natural food co-op movement that I’ve read about but never visited.

We sent one of our staffers, Caitlin Pearce, on a mission to meet with Austin’s cooperative leaders and report back what she learned.

Sara Horowitz: So what was your first impression of Austin’s cooperative scene?

Caitlin Pearce: When you land in Austin, one of the first things you notice is that there are almost no chain stores in the airport. It’s all local businesses. I think that gives you a good indication of what the city is about. Then once you’re there and driving around, it feels like there’s a credit union or a food co-op on almost every corner.

SH: So what kinds of organizations did you find, and what are they working on? Are they cooperating with each other?

CP: I got a chance to meet with a lot of different groups, and it seems like they’re on the verge of trying to form a city-wide alliance. The National Cooperative Business Association is working with local co-ops, trying to bring different groups to the table who don’t traditionally see each other as allies.

For example, credit unions are cooperatives, but they’re also heavily regulated financial institutions. They may not necessarily see themselves as having the same interests as a crunchy organic food co-op.

But the credit unions have been able to come together to do some interesting things. More than 15 credit unions formed an alliance and now have the largest network of free ATMs in Austin.

SH: Which were the biggest groups that you met, and which were the most interesting, or doing the coolest things?

CP: The Austin Coop Think Tank is really the hub of the cooperative business community there—they’re changing their name to the Austin Cooperative Business Association to act as a sort of co-op chamber of commerce.

One of the biggest members is the Wheatsville Food Coop, which has been around since 1976 and has 12,000 members – it’s considered a pillar of the cooperative world.

They now give loans to help finance other local cooperative businesses, like Red Rabbit Bakery and the Black Star brewpub.

Cooperative housing is huge at the University of Texas. It’s basically a training ground for up and coming cooperators.

On the smaller side of things, the Artist Screenprinting Cooperative, for example, has become an arts resource center. There’s a really interesting musicians group called the Health Alliance for Austin Musicians, or HAAM, that has found a way to provide health insurance for musicians.

We need to learn more about them ASAP.

SH: It’s funny that you talk about seeing food co-ops everywhere, because the Whole Foods empire is based in Austin. Isn’t there a Whole Foods on every corner?

CP: It’s one of the more interesting paradoxes.

Whole Foods launched its first store in Austin in 1980, and is still headquartered there. Both Wheatsville and Whole Foods play in the same space of selling really good, healthy food and having a beautiful store and retail experience. Yet Wheatsville is still able to win enough customers that they’re planning on expanding.

They say their success has to do with getting members to understand that they’re buying into a local business.

But what I think is more compelling for a lot of people is their focus on organic and sustainably grown food, and how that mission drives their decision making. Whole Foods has beautiful food, but they may not weigh the sustainability part of it as much.

SH: So what do you think it is about Austin that makes all this work? What are they doing that has created this environment—this ecosystem—where co-ops can flourish?

It’s also been an artist community and thriving music scene for a long time. Things like the South by Southwest festival have brought in the technology startup element, but I think the fact that Austin is an island in this huge ocean that is Texas gives it such a sense of community.

For example, another thing about the Austin airport is that, no matter what time of day you arrive, there’s usually a local band playing.

SH: That’s so interesting. We’re heading into an economy where there’s such a maldistribution of income and a globalization of labor, that now’s the time for super local elected officials to create their own ecosystem.

This is not coming from Washington, it’s coming up locally, and those hubs – like Austin, Portland, Minneapolis, and Cleveland – are going to become the places where creative people want to live.

They are the frontrunners for places where people have said, “I want a different kind of life.”

CP: Austin is a place where people move to get entrenched in the community. It’s the new DIY-space that people are flocking to. The cost of living, eating, and going out are so low that artists want to be there because there’s space available and you don’t have to work 60 hours a week to get by.

SH: What kind of connection did you see between the rural and urban cooperatives?

CP: As soon as you leave the city limits, it turns very rural very quickly. The surrounding county is served by a rural electrical cooperative, Pedernales Electrical.

So you have the food and worker co-ops, which tend to be a little…crunchier, or more touchy-feely, I guess. And then you have the more business-like credit unions and electrical co-ops.

The challenge is trying to figure out how they can come together and what they have in common.

SH: You know, under Teddy Roosevelt, the U.S. government was very concerned about rural America not keeping up with urban America, so it actively supported rural electrical cooperatives and agricultural cooperatives, so those have been around for a long time.

We tend to call one group “conservative” and other “liberal,” but they actually have exactly the same ownership structure and their interests are pretty aligned.

CP: Yes. There seemed to be a lot of wondering, “Why aren’t we working together better?” going on between them.