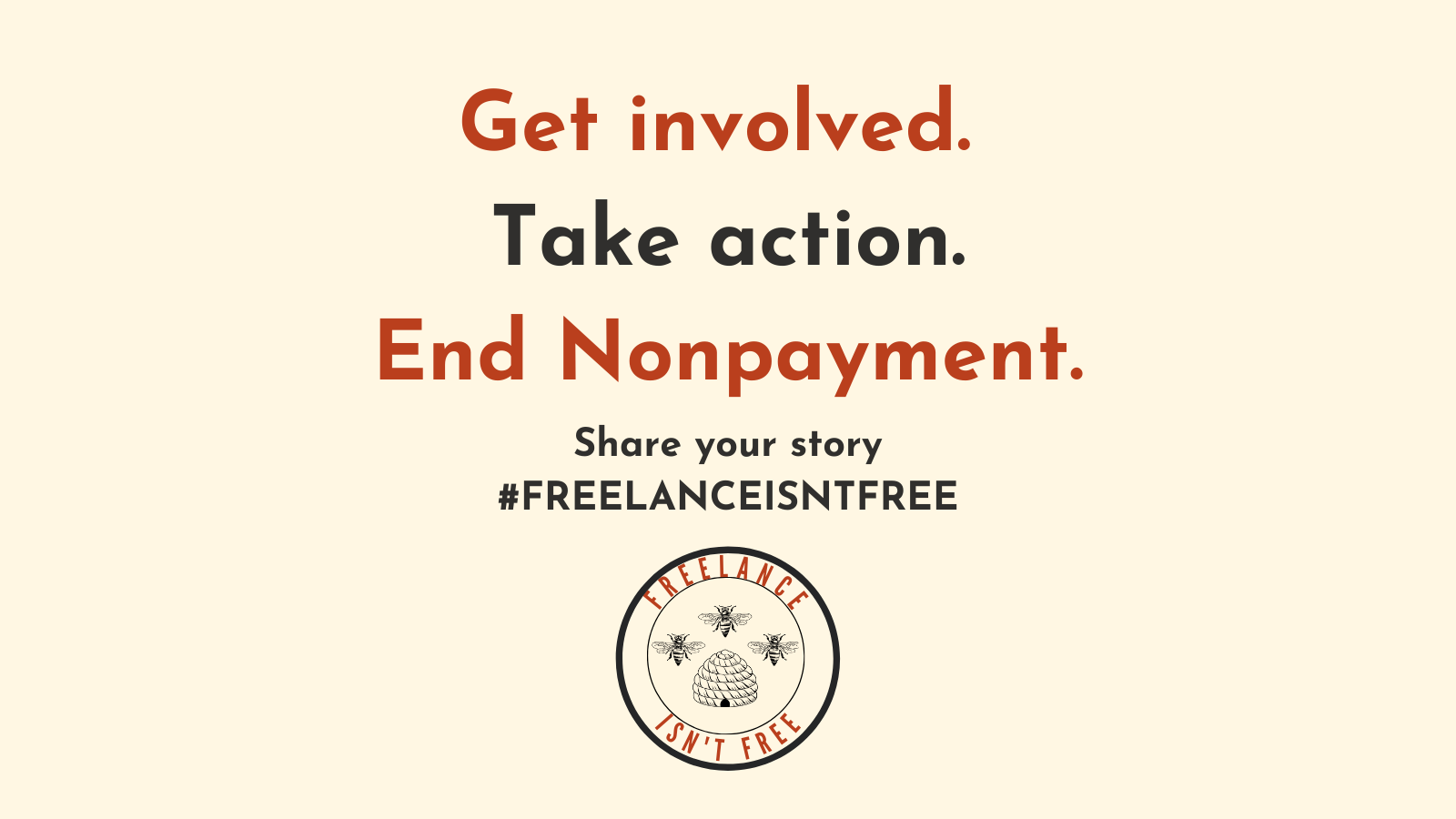 A new survey conducted by Freelancers Union in partnership with the Authors Guild, Graphic Artist Guild, American Society of Media Photographers, National Press Photographers Association, American Photographic Artists and National Writers Union found that sixty-two percent of freelance workers based in New York had lost wages at least once in their career from their employer’s refusal to pay them. Fifty-three percent reported losing as much as $10,000 to nonpayment from completed work.

The three advocacy organizations conducted the survey as part of their efforts to persuade the New York State Assembly to pass the Freelance Isn’t Free Act (FIFA) (S8369/A9368) this session. FIFA was introduced by Senator Andrew Gounardes of the 22nd State Senate District and Assemblymember Harry Bronson of Assembly District 138, with an additional twelve co-sponsors in the Senate and fifteen in the Assembly. If the bill passes, New York will become the first state in the nation to provide legal protections to freelance workers who live and work in New York state and out-of-state freelancers who work for New York-based companies. Freelancers currently account for approximately 35 percent of the U.S. labor force and yet have none of the protections that employees have long had – even when doing the exact same job as an employee.

“In the five years since we helped secure the passage of New York City’s version of Freelance Isn’t Free, the law has helped freelancers recover $2,144,198 in owed compensation for their work. But freelancers don’t only work in New York City. From Buffalo to Albany, Montauk to Plattsburgh, companies use freelance workers for everything from manufacturing, construction and warehouse work to website developers, writers and graphic designers and they deserve the same legal protections as their NYC colleagues,”said Rafael Espinal, Executive Director of the Freelancers Union.

Additionally, the survey found that :

91% of survey respondents reported experiencing late or overdue wages at least once in their career with 54% reporting experiencing delays of 3 months or longer.

39% of respondents said non or overdue payment affected their ability to pay bills or rent.

“Freelance journalism was hit especially hard during the pandemic. Loss of freelance journalism jobs was consistently cited as the first or second main reason for the decline in income by respondents to the Authors Guild’s Covid19 surveys,” said Mary Rasenberger, CEO of the Authors Guild. “Forcing freelance writers to spend weeks or months chasing down earned wages further cuts into their wages because it takes time way from other paying work, and often forces them to accrue debt. It pushes people that are already struggling to earn a sustainable living to the brink, and is deeply unfair. Publications who refuse to make payments on time should be held to account. And thanks to FIFA they will.”

Among the protections that the New York State law would provide are mandatory written contracts for work valued at $250 or more; payment within 30 days of completion of the work, unless otherwise agreed in the contract; and the ability to collect double the amount owed, as well as attorney fees for violations. The law will be enforced by the New York state Department of Labor, and repeat violators could face penalties of up to $25,000.

“Freelance journalists and business writers rarely make enough money to afford a lawyer, so it didn’t surprise me to see that less than one percent of respondents sought a legal remedy, “ said Larry Goldbetter, President of the National Writers Union. “This reinforces FIFA’s need. Very few freelancers know what legal remedies are available or understand how small claims court works. If FIFA passes, the state will assume some responsibility for helping to make sure the freelancer gets paid or can fine repeat offenders until they get the message.”

About the Survey Sponsors

The Authors Guild is the nation’s oldest and largest non-profit professional organization for published writers. With more than 12,000 members, it advocates for working writers to protect free speech, freedom of expression and authors’ copyrights; fights for fair contracts and authors’ ability to earn a livable wage; and provides free educational programming about the business of writing for authors and translators of fiction, nonfiction, poetry, and journalism.

Freelancers Union is the largest and fastest-growing organization representing the 57 million independent workers across the country. It gives its 500,000 members a voice through policy advocacy, benefits, online resources, and educational and community-building events in nearly two dozen cities.

The National Writers Union is the only labor union that represents freelance writers working in all genres, formats, and mediums. With the combined strength of more than 1,300 members in 12 local chapters, the NWU works to advance the economic status and working conditions of writers.

The Graphic Artists Guild is a membership organization of creative professionals working in the graphic arts fields.

The American Society of Media Photographers (ASMP) is a professional association of imaging professionals, including photojournalists, architectural, underwater, food/culinary and advertising photographers as well as video/film makers and other specialists.

The National Press Photographers Association is an American professional association made up of still photographers, television videographers, editors, and students in the journalism field.