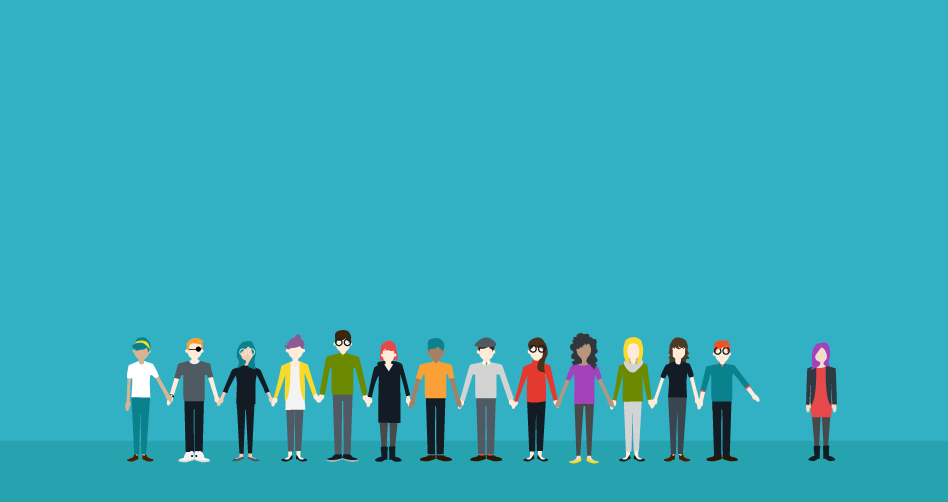 As the founder of the Freelancers Union, I’ve always known that freelancers would provide the template for the creation of the next safety net. All over America, freelancers must exhibit ingenuity to get by economically and lead meaningful lives. Some make themselves into mini companies where, as CEOs, they determine their own training, benefits, and customer base.  And some, knowing that this hyper-individual strategy is not sustainable, instead make efforts to connect with others for solidarity, friendship, and political engagement.

Notice that I have yet to mention “government”? We clearly need an active government to support the institutions we rely on. But that government role must pivot to an extreme focus on helping to build unions and other community-based institutions, rather than replace them. These kinds of institutions — known collectively as the Mutualist sector — are uniquely equipped to meet the needs of their communities because they have on-the-ground knowledge about the particular problems their constituents face. We need a government that recognizes the power of local mutualist organizations and marshals its resources to support and plan for their growth, instead of superseding them.

My new book, Mutualism, was my way of putting these ideas together so that others who share this intuition and view would have language, a policy agenda, and an orientation to build. But buying and reading this book is just the start of a longer relationship. I’d like you to gather with myself and others who want to build the next safety net — mutualistically.

Workers in the U.S. today are faced with the tragic realities of an eroded social safety net and no clear plan to rebuild it. For freelancers, however, this has long been the reality, stemming from their exclusion from the protections of the New Deal. Freelancers have never been able to rely on governmental support programs, and have been forced instead to build their own safety net from scratch.

NYC freelancers both new and seasoned have seen firsthand the power that we have as a community to actually change the landscape. Freelancers Union’s advocacy led to the passage of the Freelance Isn’t Free Act and created myriad institutions and programs such as our own health insurance company and the recently founded Freelancers Relief Fund — all of which center the particular needs of our community.

Despite these achievements, we have been told time and again that the efforts of the Freelancers Union were only a stop-gap until government programs would come along to replace our efforts. Though this line of thinking has been widely adopted without enough critical thought, I have come to understand that it is not only harmful to our union particularly, but also deeply detrimental to the progressive movement as a whole.

Building mutualist power starts from the ground up, with the recognition that everyone has the capacity to participate in mutualist endeavors, engage with their local communities, and start solving problems. Whether that means shopping at a cooperative market or joining your neighborhood mutual aid group, mutualist engagement opens the door to understanding the unique challenges faced by your community and the ways people are already coming together to address them.

Once you’ve taken these first steps, start with what you need and find others with that need so that you can join your efforts reciprocally. Take a look around at the other mutualist organizations operating in your vicinity and learn what you can do to help build them. Solidarity with the work of other organizers is a crucial step towards establishing the larger mutualist ecosystems that will foster new kinds of interconnectivity and allow communities to flourish.

Here, finally, is where the government can come in and help to build the kind of environment where mutualism is most effective. We need the government to take on the role of catalyzer-in-chief, creating new laws and regulations for new capital and markets, and supporting the growth of unions and other mutualist organizations so that they can effectively deliver the safety net.

It's tempting to think of government as the solution, but in reality, government works best when it has a base of independent and vital community organizations that develop what their members need, work in coalition for policy agendas, and then mobilize to engage the political process and get things done. President Biden’s agenda will only work if he taps into the power of the mutualist sector —  unions, cooperatives, mutual aid groups and faith-based communities — and advocates for conditions where these organizations can thrive. These kinds of organizations are already intimately familiar with the needs of their communities, and they will be perfectly poised to address their most pressing concerns as soon as they are given adequate support and room to grow.

We have seen the explosion of mutual aid during COVID.  But we need to see this not just as a response to the pandemic, but as something deeper and enduring, with hyper-local structure and strategy and a mandate for generosity and reciprocity in the community.  With these kinds of mutualist relationships as a foundation, we can start to put together a new economy that actually serves the needs of workers in all sectors.

If you want to learn more, I'd like to invite you to join me in our Mutualism activities.

These are just some of the plans we have for the future:

1. We will hold book clubs for those who have read the book and want to talk about the central ideas, hear practitioners, share ideas and have a chance to meet others from a different part of the mutualist sector. Sign up to host a book club with your friends and community.

2. Start to find those who share these views. While disagreement is valid, we are looking for like-minded mutualists and enthusiasts at this time.

3. Share your ideas with me. Let’s start a conversation!

In these uncertain times, I believe that mutualism will give us the framework to go beyond critiquing our current system and start building a new safety net that supports every American worker.

We will be measured by what we build.