What stand-up comedy can teach us about freelancing 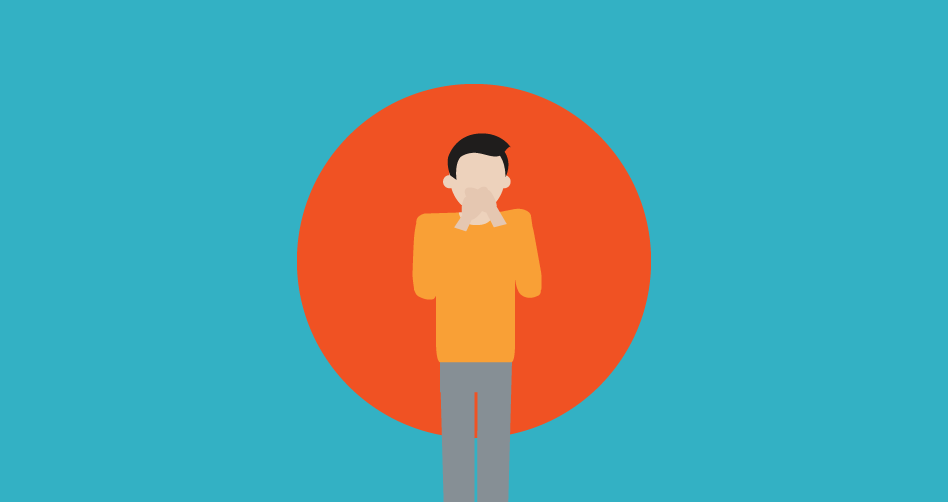 I don’t know what’s on your bucket list, but until recently, I had just two things:

1. Sit in the front row of an NBA basketball game.

After years of — let’s be honest — being too afraid to do it, last fall, I finally followed my wife Linda’s encouragement and signed up for an eight-week class at ImprovBoston in Cambridge, Massachusetts.

It was, in a word, terrific.

Every Wednesday, for two hours, a dozen of us got together and, with the help of an instructor, learned the basics while trying out our material on each other.

At week nine, there was a showcase night, during which we all performed for an audience of friends, family and one guy who got the dates mixed up and came to the wrong show.

While I’m a long way from hosting a Netflix special (although I would entertain offers), as a stand-up "graduate," I have learned a lot.

And not just about stand-up, but about communication in general. All of which relate to the things you do in the name of promoting your professional service business…

Our assignment each week was to show up with three minutes of content on a subject of our choosing.

Fine. I can do that. Writing comes naturally to me, and I like fooling around with words.

But I found out very quickly that being a funny writer doesn’t make you a good stand-up comedian.

Sure, you need strong content. But delivering it in a way that sounds natural and conversational (even though you’ve rehearsed it 50 times) is a totally different skill. A skill that I don’t yet have.

When it comes to business writing — websites, reports, newsletters, books, etc. — almost all attention is given to the meat of the content … not the delivery.

The fact is, most professionals don’t even consider “voice” when writing. They focus entirely on the information value and the way it is organized.

All important, to be sure. But if you want people to find your words interesting and authentic (hint: You do), and if you want them to feel a connection with you beyond just the facts (ditto), you need to think about your delivery.

So try this. Before you write anything, answer these two questions: “Who is doing the talking and how do you want to come across?”

Who? Are you a peer, a guru, an outsider, an industry veteran?

How? Are you warm, serious, supportive, sarcastic?

Information is a Google away. Voice is who you are.

If people laugh at a joke, it works. If they don’t, it doesn’t.

You can defend its funniness all you want, but the only test that matters is how it plays in the real world.

When it comes to communicating your business focus — answering the question “What kind of work do you do?” — the same principle applies.

If your response causes boredom, confusion, or your conversation partner pretending to answer a cell phone that isn’t actually ringing, you’ve got work to do.

In all cases, your goal in explaining your work is understanding (“Got it”), interest (“Cool, tell me more”), or, best case, both.

3. The only way to get better is to practice.

Why? Because, I was told, with stand-up, once you know the fundamentals, the best and fastest way to improve is to keep performing in front of live audiences.

At its best, stand-up is a conversation, not a lecture. There’s a limit to how much you can learn at home by holding a banana and talking at a mirror (not that I’ve ever done that).

Here as well, there is a lot of similarity with business content.

It’s time to put the banana down and release your content to the world.

I understand, it’s scary to put yourself out there. The first time I signed up at an open mic night, I sat there waiting my turn, debating whether I should just get up and walk out the door.

But, as with most things (raising children being the exception), the fear is usually worse than the reality.

The best thing about my comedy class adventure is that it forced me to be a beginner again, something that doesn’t happen a lot once you hit a certain age.

It also shone a bright light on certain communication essentials that are often overlooked.

The most important, I think, is to just get started.

P.S. As soon as sports are back up, let me know if you have a couple of front-row NBA tickets you’re trying to give away.

Michael Katz is Founder and Chief Penguin of Blue Penguin Development. He specializes in helping (tiny) professional service firms talk about their work in a way that is clear and compelling. Sign up for his free newsletter, The Likeable Expert Gazette, here.