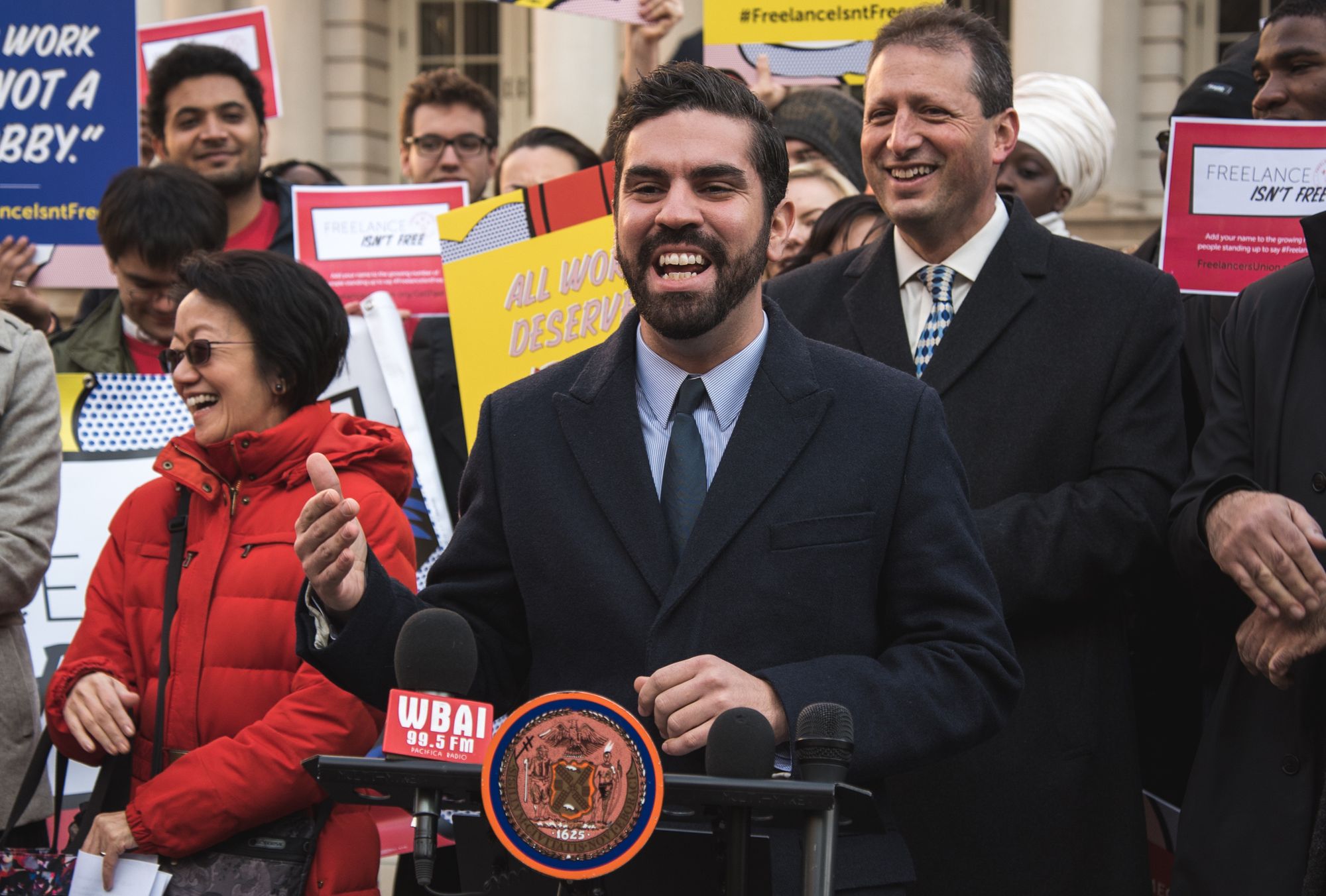 We are thrilled to announce that Rafael Espinal is the next Executive Director of Freelancers Union. Rafael was selected by the Freelancers Union Board of Directors following an extensive search, and his tenure will begin on March 2.

As a New York City Council member, and former New York Assemblyman, Rafael has dedicated his career to improving the lives of the people he serves. He worked to repeal the no-dancing Cabaret Law — which threatened venues that are important to artists and performers — and he introduced the "Right to Disconnect" bill to protect work-life balance for workers in the digital age. And Rafael has demonstrated an unwavering commitment to the independent workforce; his support was instrumental in passing the Freelance Isn't Free law.

Since its founding, Freelancers Union has played a critical role in defining the freelancers movement by giving this constituency a voice, and building strength through our community. There is still much work to be done. Freelancers Union is well positioned to support its members in innovative ways as the freelance economy continues to grow and present new challenges.

Having worked with Rafael on numerous policy initiatives, I can attest that he is passionate, empathetic, and determined. In short, he is ready to lead Freelancers Union's next chapter.

“I am extremely honored to follow in the footsteps of Sara Horowitz and Caitlin Pearce in leading Freelancers Union," says Rafael. "I’m looking forward to working on a forward-thinking agenda that will expand on the innovative support services the union is known for.”

We will be in touch shortly with more information on opportunities to connect with Rafael. In the meantime, please join me in welcoming him, and take a moment to learn more about him here.