Pay now or pay later: what 10 years of freelancing taught me 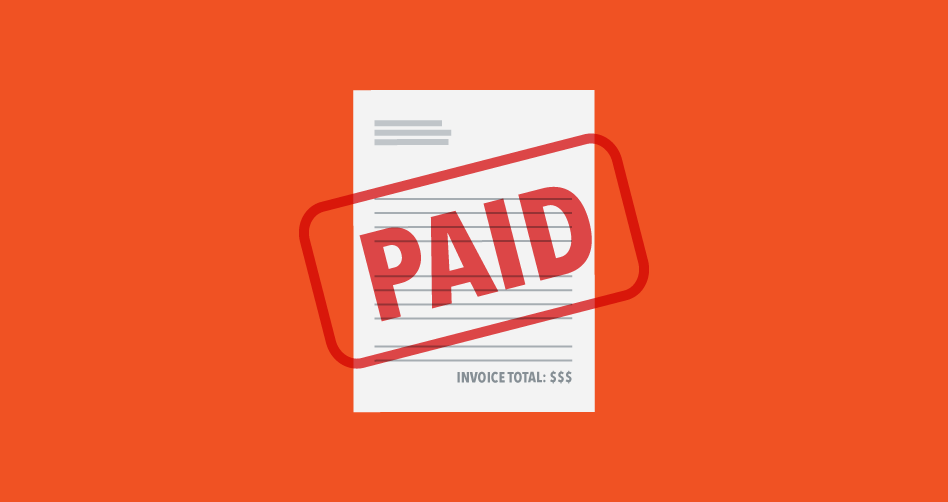 In August of this year, I celebrated my freelancing anniversary. As with many anniversaries, it was a time of reflection, celebration, and planning for the future. Amongst an avalanche of memories, I started to recall how  timid I was about payment expectations when I first started.  I did not have clearly stated expectations— I was just so happy to freelance that the opportunity itself often slightly outweighed my payment expectations. My first year, I can even recall editing an entire dissertation for a former colleague who paid in $25 increments until he reached a zero balance some 15 months later.

As I look back over my early years, I realize that I made a lot of mistakes as it relates to money matters. My nonchalant attitude about payment expectations often set the tone and determined whether I was paid on time, paid late, or paid at all. The latter happened far more often than I’d like to recall. Yet, after so many times of putting forth considerable energy and not being compensated, I realized that my freelancing career would soon be over if I didn’t pivot: Either I firmed up my payment requirements or risked not being paid at all.

As someone who went from not fully understanding her value and worth to someone who now advocates for other freelancers, especially new ones, I realize how important it is to understand our power. We may not have the resources or human capital of large firms or corporations, but we do have rights and one of the greatest rights that we have is the right to be compensated for our work.

As most of you know, freelancing isn’t free nor should it be. Here are a couple of things that you can do right now to better ensure that you are paid for your services.

Part of pivoting required being clear about my own terms. I have never been a fan of net payments (unless it is a large client like a school district or government agency), so I require a deposit that equates at least half of the total amount for the services being rendered. By asking a client to make a financial commitment upfront, it reflects an act of goodwill. Clients who know this cost will, most likely, honor the requirement or seek out someone else.

If someone does not agree to this term, it can be a major flag and potentially serve as a warning sign of things to come. The reality is that deposits are required in many other industries and consumers are becoming more accustomed to them, so it should not catch them off guard. The time that you spend creating, developing, or providing a service should be compensated from the start of a project. The terms for the remaining balance can either be one-fourth upon the client receiving a proof (if applicable) and the final one-fourth upon delivery of the product/service or the remaining balance being due upon completion.

Be clear about penalties for late payment

We’ve all probably had one experience being late with something. Even if this is atypical or an outlier for you, many of us know what it feels like for someone else to extend us grace. Therefore, we may extend grace or even give a payment extension if a client needs to make a late payment. The reality is that a major life event can happen in the middle of a project. Even the best client may need an extension, so this is not about being so rigid that you can’t show grace.

However, it is about being clear as to what constitutes a late payment and what the penalties are. Some people will require a flat rate whereas others may require a percentage per day. What you want to be careful of is someone who constantly makes excuses as to why he/she cannot pay you; yet, the person is using your goods or benefiting from your services. This is another major red flag. However, with a written clause that clearly indicates what the late payment expectations are, you will have something to leverage if the client’s payments get far behind or they become inconsistent.

Honor your own worth

When we were growing up, my mother would often remind us that we would either have to “pay now or pay later.” Her point was that when doing something, it is best to do it well the first time (pay now) because if not, we would probably have to redo/revisit it (pay later). In other words, it is best to be intentional and deliberate from the beginning, especially when it comes to exchanging money with clients. There will be clients who cannot afford your services or who will not agree to your specified terms. Even if it means that you have to say ‘no,’ make sure that you honor your own worth. Remember, not every potential client is your client.

As a freelancer, I wish I had applied the "pay now or pay later’" concept from day one with my payment terms. Looking back, every time I was not clear or I was not firm, I did not get paid or I did not get paid on time; instead, I ended up paying later due to a lack of compensation, a loss of valuable time, and/or wasted creative energy.

Unfortunately, I learned my lesson the hard way, but you don’t have to. As freelancers, if we create and honor our own payment terms then we, collectively, make each other stronger and we make the greater freelancing community more powerful. The key is having the terms of agreement in writing and clearly spelled out. Sometimes the problems that we encounter are preventable. Just make sure that you are doing your part by firming up your own payment terms.