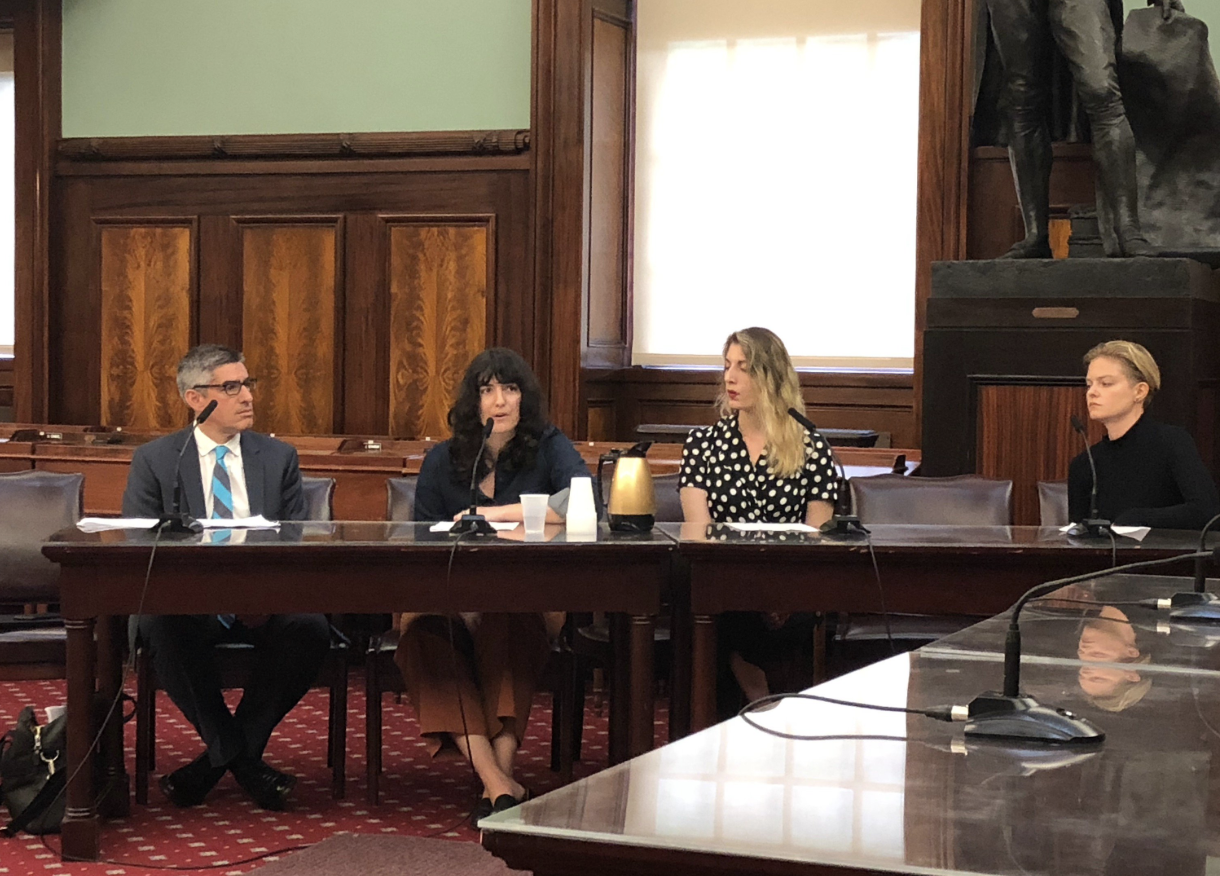 Yesterday, I testified at a hearing before New York City Council’s Committee on Civil Service and Labor in support of City Council bill 108-2018 to restrict the use of non-compete agreements in contracts for freelance work.

Why non-competes have to go

As the freelance community knows, independent workers rely on a diverse set of income streams, and work numerous clients each month. Because income is unpredictable and often sporadic, restrictions on prospecting for new clients and developing new streams of income hurts freelancers’ ability to support themselves.

The independent workforce deserves to retain the autonomy to seek work without restriction or fear of repercussion from existing clients. Livelihoods depend on it. But as I hear from our members, the “choice” is often between signing the contract, or going out to look for other work.

Among those who spoke to these real-life consequences at the hearing was Daisy Alioto, a full-time freelance writer since 2017. “The legislation under consideration today is common sense, just like the Freelance Isn’t Free Act is common sense,” she said. “Here we have an opportunity to do more. Workers should be paid for the work they complete, and they shouldn’t be punished for offering the same skills to multiple clients.”

This is especially important in the modeling industry, and for other workers who contract with talent agencies. As model Jess Perez said in her testimony, “These contracts create what is at the core of every abusive relationship: an imbalance in power. When someone ​contractually​ owns you, they ​treat you like they own you. These contracts allow agencies to get away with unimaginable behavior because if models don’t comply, they lose the ability to make money in their profession.”

Contracts can present significant challenges to freelancers on issues of fair and timely payment, intellectual property rights, and non-competes. To protect freelancers, protections must be strengthened across the board — along with mechanisms for enforcing compliance. Freelance Isn’t Free was just the beginning; this bill, and protections from harassments and discrimination are long overdue.

We're working to bring light to the issue of non-competes and how they impact freelancers. We would love to share your story on our blog, as well as your tips for how to negotiate. Please email us at advocacy@freelancersunion.org.