The power of letting go 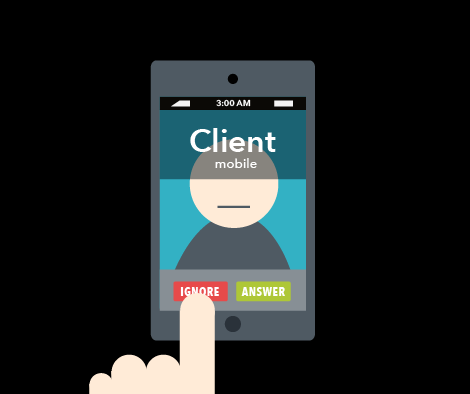 When a business venture, partnership, or idea doesn't work out, it can have a devastating effect on us. Questions about preparedness, execution, or even one's business acumen and aptitude may arise. Understandably, these are all responses that can leave one feeling doubtful and even confused.

Unfortunately, this past month, I had to sever a client/provider relationship with someone whom I have known for almost two decades. Even with the best of intentions and numerous attempts at reconciliation, the relationship grew unproductive and contentious. Although it was an incredibly difficult decision to make, I had to forsake our business and personal relationship—not out of spite, but out of necessity.

Knowing When to Let Go

If you have anyone in your sphere of influence who is under the age of 12 then you are probably familiar with the song "Let it Go" immortalized in the movie, Frozen. Although this cute and quite whimsical song was used for an animated film geared towards a youth audience, there are kernels of wisdom embedded throughout its chorus that can be useful for those of us who are self-employed:

Of course, the key to letting something go is first understanding what’s anchoring you down and preventing you from moving forward. As someone who strongly advocates for overall well-being—physical, financial, spiritual and psychological—it is important that we recognize when something is not working. It is also important to recognize when letting go means asking others to step in to help us.

Independent contractors are not expendable or disposable

In my particular case, my friend had a pattern of paying his invoices late. Typically, he leaned on our friendship in order to explain away his insolvency. I often listened empathetically and gave him extensions. However, there was a sizable invoice that he did not pay and would not acknowledge. I sent email reminders, but he ignored them. Eventually, he started ignoring me. After almost a year of non-payment and no other recourse, I had my lawyer write a demand letter.

Upon receipt of the demand letter, my "friend" began sending me an onslaught of mean-spirited text messages, nefarious FB inbox messages and he even went so far as to create a retaliatory video about me (without naming me and without giving context) for his YouTube channel. I was shocked that asking him to pay his debt would lead to such an unprofessional and sophomoric response on his part.

Within a matter of days, it became clear that he did not value my time, services or friendship.

The value of time, gifts, and skills

I admit that I even started questioning if collecting the debt was worth this additional stress, but then reality kicked in: Why should I feel bad about asking someone to pay me what I am legally owed? Why should anyone expect me, or others, to give away their hard-earned time?

In this case, I recognized that I needed someone else to advocate on my behalf. One of the first questions that my lawyer asked me was: Why did you allow this to happen?

The question was fair and simple; the answer was not so simple. I wasn't letting someone take advantage of me or forgetting what had transpired; I honestly thought that he would eventually do the right thing for the right reasons. In this sense, I allowed the assumption of goodwill to blind me from the realities of a business transaction that had gone south. In the words of my lawyer this could have led to “a very expensive lesson.”

The power of letting go

Although she was referring to the potential legal costs that I would have to deal with, I also understood that there was another cost, the cost of losing something that was once valuable—a client and a friend.

As independent contractors, freelancers and business owners, it is important that we stand firmly when others, friends or non-friends, refuse to pay or engage in behaviors that are counter-productive. It is important to note that letting go does not mean that we won’t hold others accountable or that we will remain silent when wronged.

The reality is that at some point throughout this journey, we will all encounter something (or someone) that we will have to disconnect from in order to move forward. In this sense, letting go can be a springboard for new lessons, new growth, and a greater sense of empowerment.