Charging what you're worth: Lessons from a vacuum cleaner 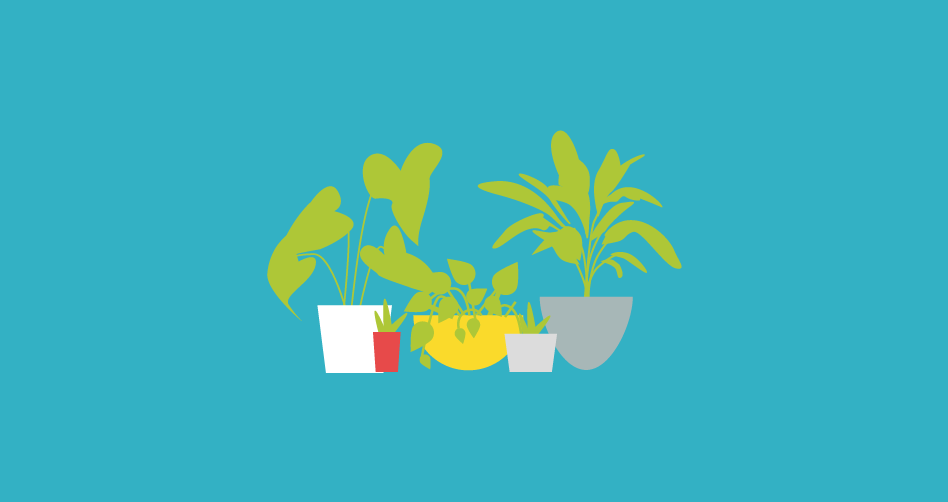 Years ago, I owned a vacuum cleaner. To be clear, I didn’t buy it. Nor do I have any recollection of someone giving it to me. One day I looked in my closet and simply discovered it nonchalantly resting against a wall. It seemed rude to question its right to be there.

It was a cheerful powder blue and, for reasons I never discovered, it had a faded ABBA sticker stuck across it at a jaunty angle. I dragged it with me through more apartment moves than I care to remember, and somehow it changed from being an annoying thing I accidentally owned to a prized possession.

I loved that thing. What it lacked in suck it made up for in personality and sheer durability.

I called it Derek.

All was well in my world until one Sunday morning. I was halfway through cleaning a particularly troublesome pile of spilled Cheerios when Derek shuddered and asthmatically burped. I remember the silence which followed. The small cloud of yellow smoke. The worst part was the smell: burnt dust mingled with melting plastic. It was horrifying. I decided then and there I’d do everything in my power to bring Derek back from the void. It just wasn’t his time yet.

I didn’t realize it at the time, but that decision would lead to one of the most important life lessons I’ve learned.

Flash forward a few hours and I was standing in an old hardware store. It was one of those little family businesses you find speckled through the backstreets of old towns. The kind that has a bell over the door. It had an old sandwich board sign out the front that read, “Mr. Fixit. I repair everything. VCRs, sewing machines, vacuum cleaners.”

I’d walked past this old place a hundred times, barely giving it a glance. On that day though, I knew this place was Derek’s best and brightest hope.

Inside, the shop was dimly lit and smelt of motor oil and wood shavings. A tall, stooped man in his late seventies emerged from a back room and walked up to me. He wiped his hand down the front of his overalls and offered a firm, calloused handshake. I assumed I was in the presence of Mr. Fixit himself.

Something about him was calming. Here was a man who had seen it all before. Instantly I felt at ease.

I told Mr. Fixit about my vacuum cleaner’s last asthmatic burp, the horrible cloud of smoke, and the dreadful silence that followed. I felt a bit awkward telling him the vacuum's name was Derek, so I left that part out. He listened attentively and nodded knowingly when I mentioned the smell. He lifted the ancient vacuum cleaner up, sniffed it.

“Is it fixable?” I asked, feeling more like a worried pet owner than a guy with a vacuum cleaner.

“Let’s see what we can do,” he said as he transferred the vacuum to his workbench.

He carefully removed the plastic outer casing, and after several minutes of muttering Mr. Fixit grunted and pointed knowingly at a mysterious piece of Derek’s innards.

“Here’s your problem,” he said with a hint of triumph.

Then he started to work. It wasn’t that he worked fast or that the repair came easy for him. Occasionally he’d stand back and mutter, annoyed at something I could only guess at. But nothing he did was haphazard. No motion was unpracticed. No moment was beyond his control. It was hypnotic. It was something to watch. As he tinkered and cussed and small-talked about the weather, one thing became certain.

I was in the presence of a true master.

I felt grateful I’d found him, but it was more than that. Sure, he was performing a service it was his job to provide, but more was happening than a mere transaction. His knowledge and dedication were something deeper. It was worth something more important than money. He was fixing something I cared about.

As I watched him work, I wondered if he felt sad that the world was changing. That people threw things away now when they stopped. A few times I nearly asked but–I don’t know. You don’t ask an old guy questions like that. You let him do his job.

Time drifted by. Customers drifted in and out. It was warm and I felt myself dozing off a few times but always bumped awake when a new revelation on Derek’s condition came to light.

It was late afternoon by the time a big guy walked in. He was disheveled and had the air of a man who was fed up.

“Do you fix garbage disposals?” he asked.

When Mr. Fixit explained his rates, the big guy snorted.

“Come on,” he said. “Be real. I could get this repaired for half that anywhere else.”

It wasn’t that he was stubborn. Okay, he was slightly stubborn. But there was just this calmness there. He wasn’t going to play the game. They went back and forth a few more minutes, the big guy trying any angle he could think of to get the price down. Nothing worked. Mr. Fixit was methodical and unflappable. He knew how to fix stuff and he know what he was worth, and that was that.

“Do you want my business or not?” the big guy finally asked.

This is the moment I’ll always remember. I can see it clearly, even today.

Mr. Fixit opened up his old metal toolbox. He rummaged around and placed a neat line of tools on the edge of the counter so we both could see.

“See these pliers?” He held an old pair of pliers up to the light. “I got these when I was sixteen and started off as an apprentice.”

“These.” He held up an old tool I couldn’t recognize. “I saved up for these when I started my own business.”

Tool by tool, he lifted each one up for inspection and described its story, what he did with it, how many times he’d repaired it.

“This is my livelihood,” he finally said, waving his hand over his workbench. “Everything you see here I worked for. I bought and learned to use every tool you see…”

The guy stormed off and the old man spent another hour or so working on Derek before reattaching his battered old case and sending me on my way. I got another good five years out of poor old Derek before he finally coughed his last.

But that afternoon still sticks with me.

The value of your toolbox

I think of that stubborn old man and the collection of tools he’d spent a lifetime accumulating. He was quiet. He was a gentleman about it. But he knew his worth, and he wasn’t prepared to sell himself short.

When I’m agonizing over whether I should lower my rates to get that next job, I think of the tools I’ve worked so hard to develop. Sure, they don’t live in a battered old toolbox, but I’ve worked hard to acquire them nonetheless. I have stories for every one.

Mr. Fixit taught me a valuable lesson back when I was right at the beginning of my freelancing career. It takes practice, but over the years I’ve become better at saying it.

“Everything you see here I worked for. And I’m not giving that away.”

Mark Lambert is a copywriter who specializes in conversational writing about health, technology, and society. He's especially excited about emergent tech and finding historical perspectives that reveal new angles about where we're going next.