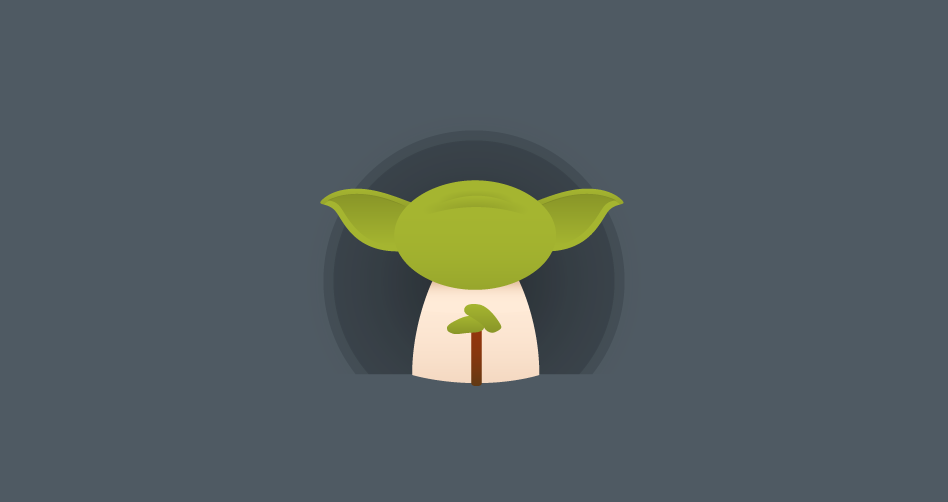 I grew up watching Star Wars, and as much as I wanted to gravitate towards Princes Leia like a lot of my friends, Yoda was my guy.

From his distinctive voice and interesting phenotype, I couldn’t wait for him to utter his words of wisdom. And although I have several megabytes of real people who I admire and look up to, it was Yoda’s advice to “train yourself to let go of everything you fear to lose” that stuck with me during my adolescent years. Little did I know that an animated Sensei would be the driving force for a life-altering decision as an adult.

At the beginning of 2017, a friend pitched the idea of me creating a new platform. The concept was interesting: I would invite diverse guests into an independent radio studio that he owned. We would have conversations about writing, literature, culture, and history. As a loyal fan of NPR, I immediately fell in love with the concept. A "yes" was about to roll off of my tongue until he said “and we will videotape each episode and create a YouTube channel for you.”

That "yes" quickly became a "no." For every logical reason why I should have done it, I had an equally logical rebuttal. The thought of a camera capturing and archiving everything was a dealbreaker. It is one thing to be a guest on someone else’s platform, but to have your own? Nah. I passed.

A chance rerun of Star Wars forced me to circle back to my favorite Yoda quote—why was I so dismissive of having a YouTube platform? To be honest, I was afraid of the show not being successful; I was afraid of rejection, especially the comments; and I was afraid that the concept of a platform anchored in discourse about writing would not be palpable for a general audience. So, I sat with that "no" for almost 8 months.

I wish that I could tell you that I had an epiphany and woke up one day and said, “Let’s do this.” But that didn’t happen. Instead, I started paying more attention to YouTube and YouTube influencers. In many ways what they were doing in front of the camera was no different than what I was doing behind a keyboard—using my words and ideas to empower, educate, and edify others. So, with great trepidation, I reached out to my friend to see if we could still pilot the show.

Thankfully, the invitation was still there and he, with his background in radio and media, agreed to serve as the Executive Producer. He recruited a dynamic videographer and graphic designer. I brought on a talented young high school student, who aspires to be a writer, as my intern. This became the core team.

During our conceptual builds, we wanted to be clear about our purpose. We envisioned our targeted audience. We explored possible funding streams and we mapped out a plan and process to tape, edit, and upload the videos. Before launching, we created a list of episode themes and possible guests who were unconventional, thought-provoking, and just plain interesting people.

From this nucleus, “The Write On Show with Dr. Tyra Seldon” was born.

And here’s where the real magic began.

Our first guest had to reschedule after we had heavily promoted his appearance. Our second guests had a scheduling conflict so they were several hours late for their taping. My EP and I had creative differences that almost dismantled our team. The show didn’t get sponsorship, so everyone volunteered hundreds of hours towards content creation, production, and distribution. And our viewership is still relatively low.

Sounds like a failure, right? Not at all. The beauty of starting something new is that you can carve out excellent plans, but there is no real guarantee once you launch. Just like when you began your freelancing career, you created it with the best of intentions and a real belief that you would be successful—one client at a time. It’s with that same tenacity that I am entering into this new chapter of my life—one episode at a time.

For everything that is not happening, there are many things that are. I am loving the show and it’s genuinely fun. I have met some awesome people and the feedback has been amazing! We have received LinkedIn messages thanking my team for the platform. People have even asked me if they could fly in to be interviewed. The biggest surprise was when some producers in LA told me that I had Oprah-like interviewing skills and they could see the show gaining national traction.

Yet, none of this would have happened had I stood firmly with my "no."

By not allowing my fears to overwhelm me, I have created a platform that can contribute to thoughtful conversations, especially at a time when ideological silos have become the norm. Obviously, I don’t know what the future holds for my YouTube channel, but I do hope that my story will inspire you to let go of something that you “fear to lose.”