Let’s talk about the "M" word 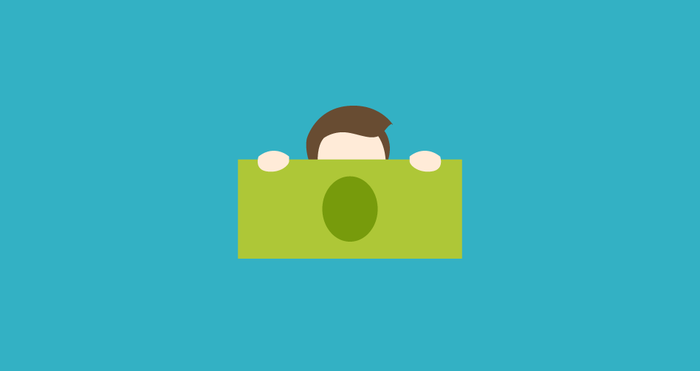 “I want to make a lot of money,” my friend said as we wrapped up a conversation about her life goals.

She continued with a quizzical look on her face, “There’s nothing wrong with that, right?”

I replied, “Of course, not. There is nothing wrong with wanting to make money.”

Truth be told, I did cringe a bit when she said it, not because I was being dishonest, but because it is rare to hear someone say it. We tend to condition ourselves to think that our life’s work should align to higher causes or noble ideas like helping people or solving problems. We often tie our aspirational goals to impact and purpose.

However, there is an elephant in the room and it’s called money. And we need to start talking about it.

It doesn’t help that money has gotten a pretty bad wrap in popular culture and society in general. Songs like “For the Love of Money,” “Mo’Money, Mo’Problems,” “Money,” “Money for Nothing,” “Eat the Rich” and “Money, Money, Money” reflect decades of music, a mosaic of artists, and diverse genres; yet, each one gives us a glimpse into our mercurial relationship with money. Compound this with the proverbial saying that money is the root of all evil and it becomes more evident as to why we shy away from having honest conversations about it.

It is so ingrained in us to not to talk about money that the silence has become normative. If you ever worked in a corporate or institutional setting, you probably remember the unwritten rule about not talking about salaries. Many of us walked around with blinders on and assumed that our peers were making the same amount of money as we were for the same amount of work.

Furthermore, if you dare ask most Americans about their socio-economic class, they will probably tell you that they are middle class. If you dig further, the middle-class moniker is so ubiquitous that thousands of dollars and hundreds of zip codes separate us. (I’ll never forget the time that I was teaching a course and a student whose parents made $80,000 sat beside one whose parents made over $2 million and they both identified as middle class.) There is some comfort in all of us being middle class. Why? Because once again, we don’t have to talk about money.

Just writing that last paragraph was demoralizing. But it doesn’t have to be that way. Because we, freelancers, often enjoy certain levels of autonomy and independence, we are actually perfectly positioned to have these conversations, especially with one another. When I first started, I was clueless about how much to charge. I carried over that corporate (academia for me) mindset about not talking about money. I just figured that I would Google a few things and go from there. Google is great, but it it’s not a substitution for a real, human being.

Now, I will pick up the phone, shoot an email, or inbox someone to gain greater clarity about how much a project is worth, if I should present a counter offer, and/or if the compensation is fair. And, I have even gotten bold enough to ask, “How much did you charge for that service?” I have been amazed and thankful at the frequency in which people have shared this information. In turn, I have shared it with other freelancers. What this does is demystify aspects of the freelancing process. It also empowers producers, which all of us as freelancers are, to have honest dialogues about money.

We need money. We want it and we’ve put in the work to earn it. So, at the very least, let’s talk about it.

How to claim the home office tax deduction