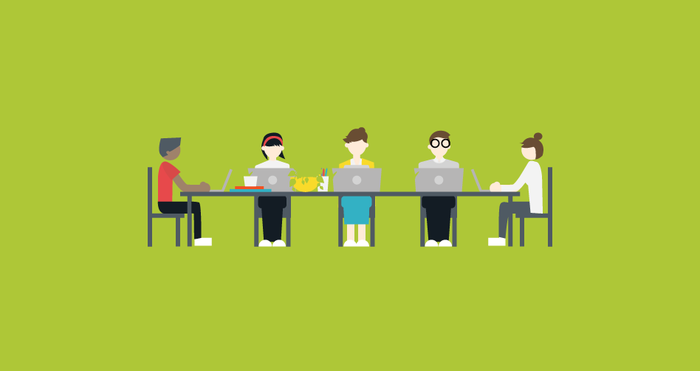 I often write about the importance of mentorship and listening to people who have blazed trails and created pathways where none existed before.

To be brutally honest, my implicit bias seeps out because I often attach wisdom to age and life experiences. I admit that this frame of reference is quite myopic and one that I am working on changing. This is due, in great part, to the fact that I am now working around, partnering with, contracting with, and even “working for” quite a few millennials.

The deeper the dive, the more I embrace that age is a quantifier and not a qualifier for wisdom, especially as it relates to diversity and entrepreneurship. And the more I listen, the more the teacher is becoming the malleable student.

Millennials are often caricatured and it’s my generation (X) and Baby Boomers who are often painting them with a broad stroke. But, my intent here is not to unpack stereotypes or create a discussion about myths vs facts, but rather to highlight why we all can gain some insight about what true diversity can look like and why millennials may have figured out something about race relations that many of us have struggled with on personal and professional levels.

For many years before venturing into a second career as an entrepreneur, I was an English professor. My love for minority literature often propelled me to teach courses that focused on the worldviews of people of color, especially against the backdrop of canonical literature.

The pushback was intense and I often left that space feeling demoralized. Somehow talking about race made you racist and not seeing color made you anti-racist. I often shared with my students that history does not happen in a vacuum so in order to understand the vestigial effects of historical events, practices, laws, and cultural norms, we first have to acknowledge that they took place.

“But, Dr. Seldon, I don’t see color. Why do you keep trying to make me see color? You’re not a Black woman to me,” one student shared after an intense discussion in 1999. “If I am not a Black woman, then what am I to you? I am not invisible and I am not purple or green.”

The conversation ended as quietly as it began and I am not sure that either one of us truly gained any real insight about the other, but it is a topic that replayed throughout most of my 15-year career in academia (and later K-12). I felt like too many of my discussions were transactional as I tried to convince my students (many of whom are now in their late 30s) to buy into the fact that diversity was important to them.

Yet, something has shifted in our culture and I believe that millennials are the reason why. I find that millennials have a far more complicated and nuanced understanding of race. They get “it.” For many of them, this is a direct outgrowth of their personal experiences. Because millennials are one of the most diverse groups, they have grown up either living with, living by, or having exposure to people of color. Rather than seeing race and ethnic identity as something that should be obscured or assimilated away, they have had greater exposure and awareness as it relates to the complexities of racial and cultural identity. This then affects how they do business and whom they do business with.

It is also worth noting that they are diverse themselves. A recent NBC report indicated that slightly less than half of American millennials self-identify as non-white.

As it relates to entrepreneurship, this should help all of us. Traditionally, funding streams and even opportunities to start businesses were tied to institutions such as banks and real estate companies. With previous generations, “red lining”—or the practice of banks and realtors literally outlining where people of color could purchase homes and businesses—often limited the profitability and sheer number of businesses owned by minorities. It goes without saying that access (e.g. to funding, to land, to powerbrokers) often equates to opportunities.

A recent Forbes article helps to explain the significance of this even further:

“Already, millennials are the most represented generation in the workforce (at 53.6%), and that percentage is going to grow even further before it starts to decline. What they do and what they believe matters, as it’s going to drive the next few decades of business development.
Startups also matter. New startups account for at least 50% of all new jobs created, they drive innovation, and they contribute positively to local economies.

More diversity within startups, headed by the millennial generation, means we’re going to see more equal representation of communities and populations that previously had no voice in the world of entrepreneurship. Not only does it introduce more unique, culturally diverse ideas into the mainstream, it also provides more economic opportunities for underprivileged and unequally treated populations.”

Let’s be honest, racial bias and institutional racism is real. There are people of color and women with great skill sets, drive, and talent who have been denied opportunities because there were concerns about how well they would fit into a company’s “culture.” One of the greatest gifts that millennials give us, especially as entrepreneurs, is that they are changing the culture, including normative conversations about what diversity is and why it benefits all of us.