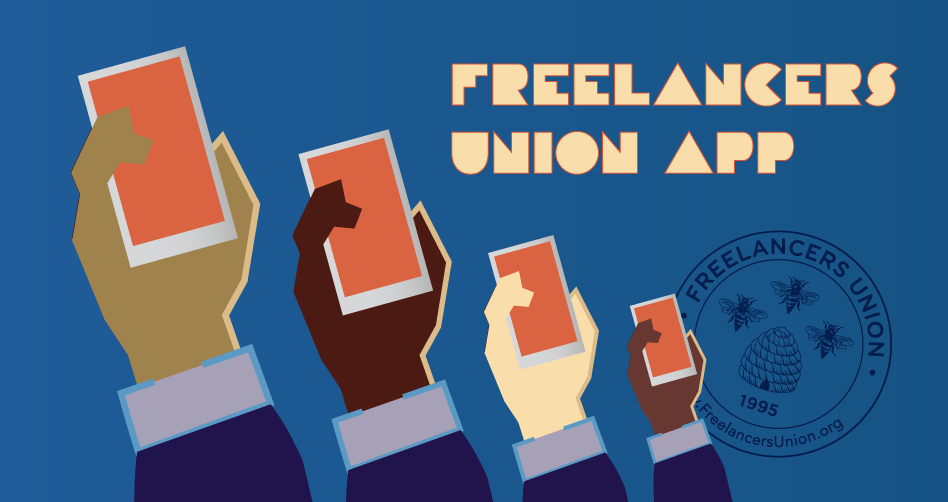 Today we celebrate the power of a union of workers who are united by a common bond.

The Freelance Isn’t Free Act, which goes into effect today in New York City, was made possible because thousands of freelancers stood together in solidarity to enact meaningful change.

The bill was passed thanks to the grassroots organizing of independent workers. Now New York City freelancers will be at the forefront of modeling a new method for enforcing nonpayment remedies. And together we can work together to build even more solutions.

In that spirit, Freelancers Union is proud to be launching an app that harnesses the power of our members to help each other solve their most pressing problems. It connects members in need with lawyers, also members of Freelancers Union, who want to represent freelancers.

This is member-to-member power in action.

This is all the more remarkable because we live in a time that glorifies individualism.

Tech founders are credited as singular visionaries. Politicians boast that they alone can solve our problems. And selfies have been elevated to an art form.

What this “me” mania misses is the power that comes with connection.

The glowing profiles of the latest Silicon Valley founder don’t mention the rank and file employees who make the app a success in the first place. The politicians don’t understand that their power rests with the people who elected them.

And let’s face it: the best selfies are group photos.

When you download and use the app, you’re both creating strength through solidarity and drawing benefits from the community in a tangible way.

And it’s just the beginning. We’re starting with lawyers, but will soon be expanding to new cities and finding new ways to connect freelancers with the services they need.

It’s about coming together because our fates are tied together. It’s about fighting for your union because your union fights for you.

No one accomplishes anything alone. We’re strong because we’re a union that looks out for each other.