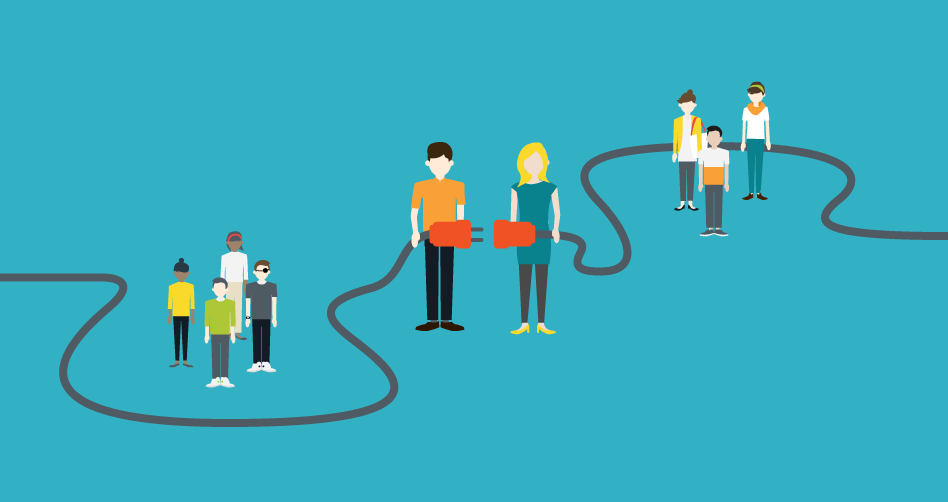 I am not very good at networking. In fact, if given the choice between attending a networking event and sitting at home reading a book, give me the book.

The reality is that networking is not always the most comfortable space for some people. Having to interact, mingle, and make small talk while also marketing your services or explaining what you do can be difficult.

Yet it is almost impossible to be a successful freelancer or entrepreneur if you don’t take the time to figure out who you want to network with and why.

Here are four things that have helped me:

Start where you are

How many other freelancers do you know? Do they know that you freelance as well? I’ll be honest that it wasn’t until I started freelancing that I realized that I had peers who had been doing it for years. These people became my most immediate network; I could draw from their experiences and ask them for advice.

They helped me navigate the freelancing landscape and often served as great resources when I was looking for projects and learning how to maximize project boards while building up my clientele.

Be clear about what you want/need from people

I have been accused of being anti-social or aloof in social settings. In part, it is because small talk just does not work for me and my personality type. Talking about what someone watched on TV last night and how many Pampers the average 4-month-old goes through is torturous. I prefer meaningful and transparent conversations that help me to clearly understand the connection, if any, that I have with someone.

Of course, the exchange of pleasantries is necessary before one can make a connection, but it is important to be aware that you are networking for professional purposes and not taking applications for a new best friend.

This makes the process much less exhausting, much more rewarding, and definitely more authentic.

Cross-pollinate with other freelancers

I write, but I have found that freelancers in other fields are great resources and they often provide referrals.

Think about some of the projects that you have worked on and some of the needs that your clients had that you could not fulfill. As someone who helps aspiring authors, I often need graphic designers as my clients begin to think about book covers and PR materials. I make sure that I keep several highly skilled freelance graphic designers in my mental Rolodex so that I can send clients their way. In turn, they often refer authors to me.

Because we have mutually benefited from the relationship, we continue to outsource projects to each other.

Before I took a deep dive into freelancing, my social media presence was perfunctory at best. I had 400 friends comprised of people who I knew by name and I could tell you explicitly how we were connected. I may have logged on once or twice a week just to say “hi”.

As much as I did not like social media, I was missing out on opportunities to network with people who had similar experiences and professional aspirations. I made a conscious decision to be more present and to actively seek out groups and pages for writers, editors, and freelancers in general.

In the process, I discovered that networking was actually easier for me online than in traditional settings. I even set up a page for my company which has led to numerous leads and several contracts.

When it comes to freelancing, there has to be some level of intentionality. I have found that “if you build it, they will come” doesn’t apply here. You have to build it and let people know that it’s built.

For me, networking was a critical part of that process.