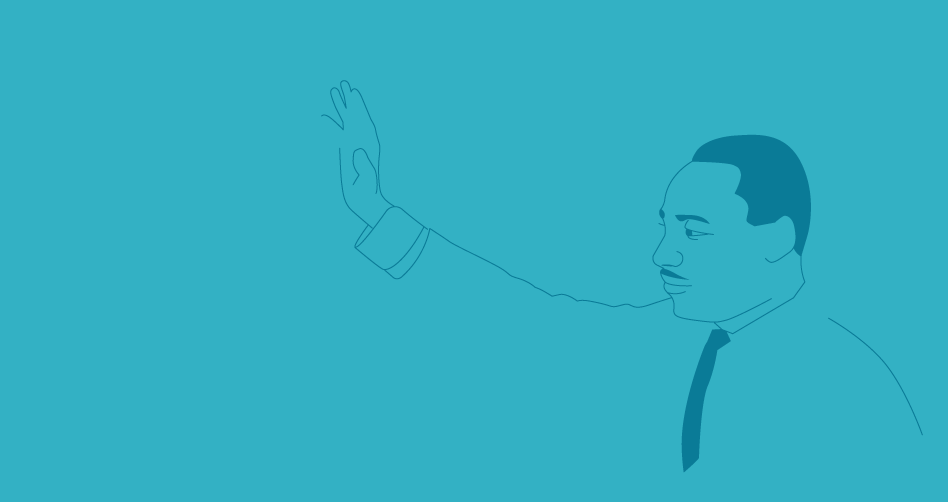 This past week has been a time of reflection and service. Like many Americans, I paused to think about the life and legacy of Dr. Martin Luther King, Jr. I was born five years after he was assassinated, but I am proud to say that I am a living testament to his dream, not because we live in a perfect society, but because I sit here writing a piece about him for a publication that might not exist, or at least someone of my hue would not be writing for it, if it had not been for his groundbreaking work on behalf of economic justice.

For many who are considered members of Generation X or the Millennial Generation, our connection with Dr. King is often framed around the 1963 March on Washington and his “I Have a Dream Speech.” Like others, I have watched the video countless times and even remember memorizing it for an oratory contest in 7th grade. But, unlike many of my peers, I was taught early on that Dr. King and many in the Civil Rights Movement were equally concerned with socio-economic equality as they were with racial justice issues.

My father, a delegate for the Detroit chapter of the NAACP during the 1963 March on Washington, kept the official program, his name badge, newspaper clippings, and a bright red banner that still reads, “I was there”. When we talked about his experiences, he would often question why news reporters and television commentators seemed to leave out that the march was for freedom and jobs. He concluded that we, as a nation, are somewhat more comfortable talking about freedom than jobs. But for my father, and many others like him, the jobs and freedom are mutually inclusive.

As I listened to numerous speeches this year, I thought about my father’s words and I decided to probe even further into this connection. It didn’t take long before I uncovered 10 demands that Dr. King and others sought.

Two of them are particularly insightful:

Fifty-four years have passed since these requests were made; if you close your eyes for a moment and think about these demands and their implications then you just might feel as if time has stood still. Don’t we all still desire to be paid fairly and equitably for our work?

As freelancers, we stick outside the labor laws like a sore thumb. While many of us make more than minimum wage, we still grapple with income volatility and lack basic protections against workplace harassment and unfair hiring practices. Dr. King knew that freedom is inextricably linked to the ability to work and earn a living. As freelancers, the premium we pay for independence often costs us the comfort of feeling economically free.

On the other hand, we have made tremendous progress. Entrepreneurship and e-commerce have created greater parity for women and people of color. For many, freelancing has been a way to cut through the dreck and biases of a traditional workplace and break that glass ceiling.

But, we can’t rest on our laurels. There is still much work that needs to be done to make sure that infrastructures are in place to protect freelancers, small business owners, and our brothers and sisters who must survive off of minimum wage jobs.

Today, Dr. King’s legacy of solidarity, equality and economic justice for all is more important than ever. We must remember that in supporting worker rights and protections, we support the rights of women, people of color, LGBT communities, and other marginalized groups.

To place this in its proper perspective, I leave you with some of Dr. King’s lesser known words. Spoken just weeks before his death, he stood before a rally of AFSCME sanitation workers on March 18, 1968 and asked:

“For we know now that it isn’t enough to integrate lunch counters. What does it profit a man to be able to eat at an integrated lunch counter if he doesn’t have enough money to buy a hamburger?”