Freelancing and the next 4 years 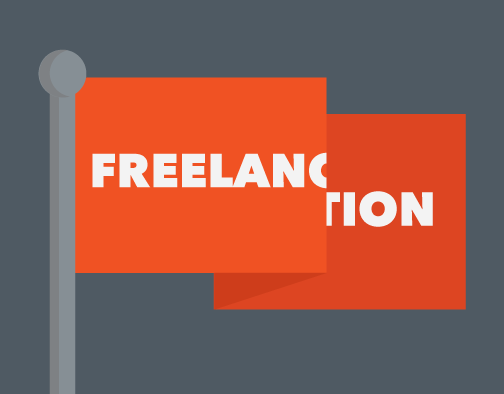 Sounds great – but not so fast. A Work Market survey found that the number one barrier most companies face in hiring more freelance workforce is regulations. While fewer regulations would mean more freelance opportunities, it also means fewer worker protections – and freelancers don’t have a lot to lose.

Lindzon queries leaders at freelance-focused companies about their predictions for the next 4 years. Matt Baker, CEO of Freshbooks, expresses cautious optimism while Leif Anderson of AndCo warns that the freelance talent market is already very deregulated. Alli Manning of Contently doubts that the new administration will have a major impact on the freelance workforce at all. Instead, she sees city and local governments taking the lead, like the recent passage of the Freelance Isn’t Free Act in New York City.

The most pressing issue for freelancers, of course, is health care. While the ACA hasn’t been a great fit for all independent workers, it’s helped many – especially those earning lower incomes. Baker of Freshbooks notes that the lack of a solid safety net already dissuades many from taking the leap to freelancing and dismantling the ACA without a plan to help independent workers get health insurance could further repel people from freelance work.

Ultimately, freelance workers must stand together in solidarity for a stronger safety net and more opportunities. We are not passive actors under any administration and we have the power to enact change. In New York City, we saw just what freelancers can do when we work together to pass needed legislation, like the Freelance Isn’t Free Act. In 2016, we contributed $1 Trillion to the economy. We're 55 million strong and occupy a third of the workforce. It’s up to us to ensure that policymakers and business leaders aren’t making decisions that impact our everyday lives without getting our input.

As we move forward into 2017, let’s make sure our leaders hear the freelance voice loud and clear!