Why the power of creative women can't (and won't) be ignored 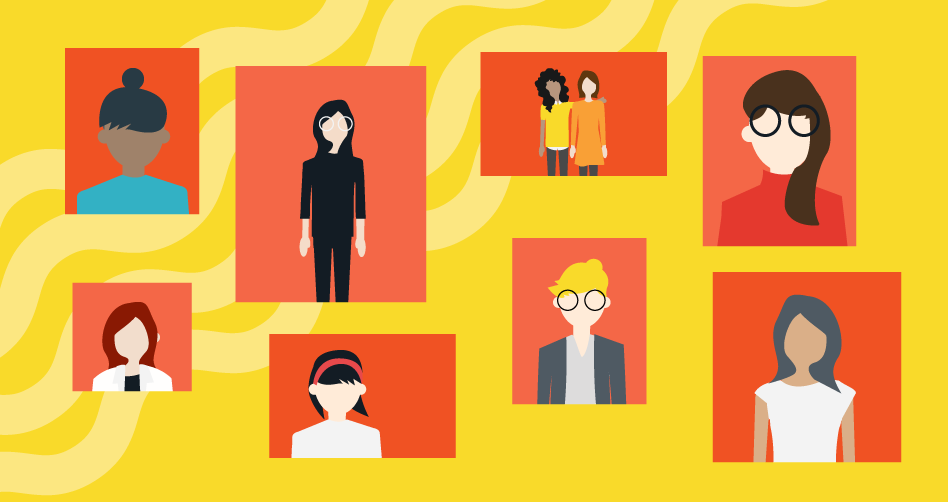 We are living in one of the most paradoxical moments in American history. Days from now, Donald Trump will be sworn in as President of the United States of America. Just a week ago, President Barack Obama gave his farewell address. Some proclaim that this is the best of times, while others contend that it is the worst.

Somewhere on the margins are women like me who still yearn for the day when we can truly say that anyone who has the ability and the desire to be President really can be — even little girls. Like many, I was utterly disappointed that some who opposed Hillary Clinton’s candidacy seemed to grapple more with the fact that she was a woman than with her actual policies or qualifications. Have we really that far to go?

Ostensibly, the answer is yes. We still have quite a bit of work to do; however, we have made tremendous strides since Susan B. Anthony once said, “Failure is impossible.”

She was right. It's encouraging to know that there are women asserting their voices into a larger political discussion that doesn’t always see them as peers or equals. Women who may have been fearful to come forward and ask for more are now organizing to do it on a mass scale. The founders of the Facebook group Pantsuit Nation and the women leading the Million Woman March in Washington D.C. on January 21, 2017 aren't about to let this election season go down without making themselves heard.

But we don’t have to look exclusively at political arenas to find examples of women who are using their influence to give voice to the voiceless. Recently, artists like Viola Davis and Meryl Streep used their platforms to proudly and boldly express their concerns about where we are as a nation and where we are headed as a human race. When presenting Meryl Streep with the Golden Globe’s Cecil B. De Mille Award, Davis proudly proclaimed to Streep, “You make me feel that what I have in me—my body, my face, my age—is enough.”

Davis’ words pricked my heart as I thought about how often we, as women, draw our strength from other women who may not even realize that we are watching, listening to, and emulating them. As a freelancer, I often have to sell my business services in a man's world, but it's the women around me that inspire me to push harder and be part of a movement that accepts all kinds of workers.

Streep, in turn, delivered a powerful message that served as a reminder that we have a responsibility to be humane and to be compassionate in our interactions with others.

Rather than hearing the truth that echoed from Streep’s mouth, pundits turned this into yet another opportunity to play one side against the other. Polarized sectors of America debated whether her speech was appropriate. Since when did telling people to be kind become so problematic?

Unfortunately, this is the moment that we find ourselves in. In the midst of a political climate that seems to be increasingly more volatile, we have grown more comfortable talking about each other than talking to each other. We're not seeing one another.

It is almost as if we have become like Ralph Ellison’s fictional character in his seminal novel, The Invisible Man; it is impossible to engage in thoughtful dialogue or to see someone else’s humanity if that person has been rendered invisible.

It is for this and many other reasons that seeing women come together, on their own terms, is critically important for the world to witness. We must draw hope not so much from our elected officials and politicians, but from each other. In her novel, Breath, Eyes, Memory, Edwidge Danticat writes:

“There is always a place where women live near trees that, blowing in the wind, sound like music. These women tell stories to their children to frighten and delight them. . .I come from a place where breath, eyes, and memory are one, a place from which you carry your past like the hair on your head” (233-234).

Although none of us have ever lived through a moment like this, we can draw from the narratives and lived experiences of our ancestors who provide us with examples that real strength and real courage are truly born out of love.

As Edwidge Danticat further reminds us, “Dreams move the wind” (Breath, Eyes, Memory 230). Let us dream a wind of change, a wind that moves us forward, together.