Looking back on 2016, an historical year for freelancers 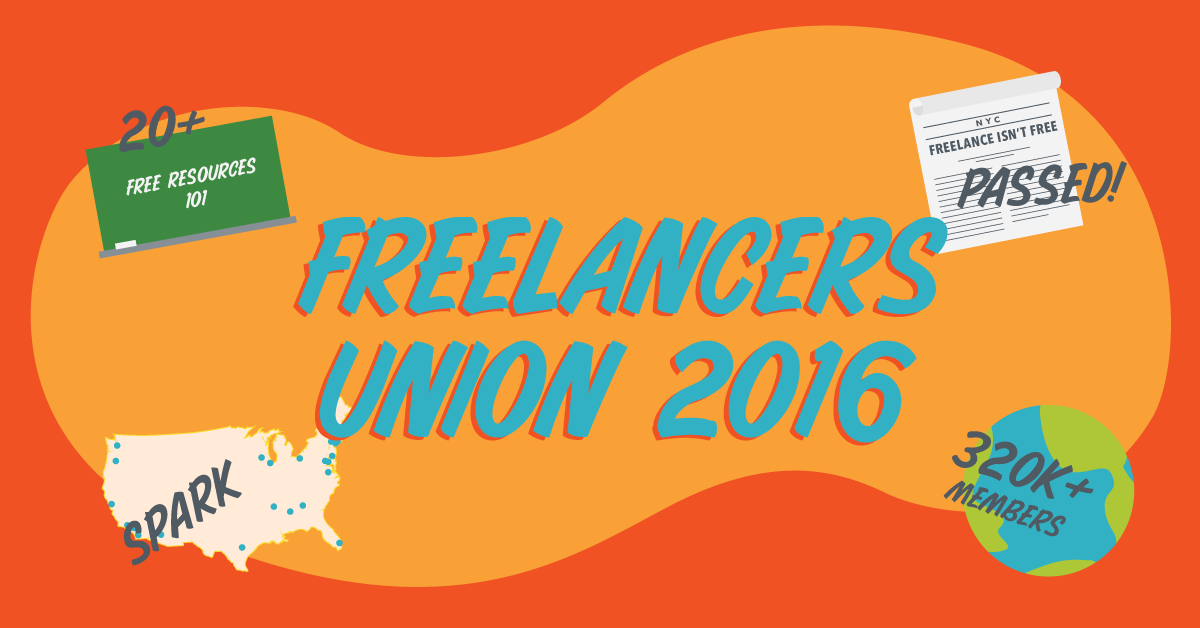 2016 has been an historical year for the freelance workforce. In the city of New York, we came together to pass landmark legislation to help freelancers get paid on time and in full. The Freelance Isn’t Free Act passed unanimously in New York City hall, making it the first piece of legislation in the nation designed to protect freelancers’ economic rights.

The success of the Freelance Isn’t Free campaign was due to the combined efforts of our allies in labor and freelance friendly businesses; partnering with New York City Council; and the leadership of Freelancers Union members, who turned out in droves to support the legislation. In 2017, solidarity like this will empower us to drive change to ensure that freelancers have all the opportunities to thrive afforded to traditional employees.

The freelance workforce is growing in visibility and power. Today, 55 million Americans freelance – and that number is growing. Now is the time to stand together and make our voice heard. Next year, we’ll work together to enforce the Freelance Isn’t Free Act in New York City; innovate new ways to get freelancers the health care they need; and continue to make sure that freelancers have a seat at the table with policymakers.

At the backbone of these efforts is you, the Freelancers Union members. Together, we have the power to organize locally and create a new part of our labor movement that can’t be ignored.

Thank you for being a part of Freelancers At the core of our strength is your creativity, entrepreneurialism and diversity. We’re 55 million strong and it’s time to harness our power as a group to build solutions that will pave the way for a better freelance future.