How one writer transformed rejection into fuel for the creative fire 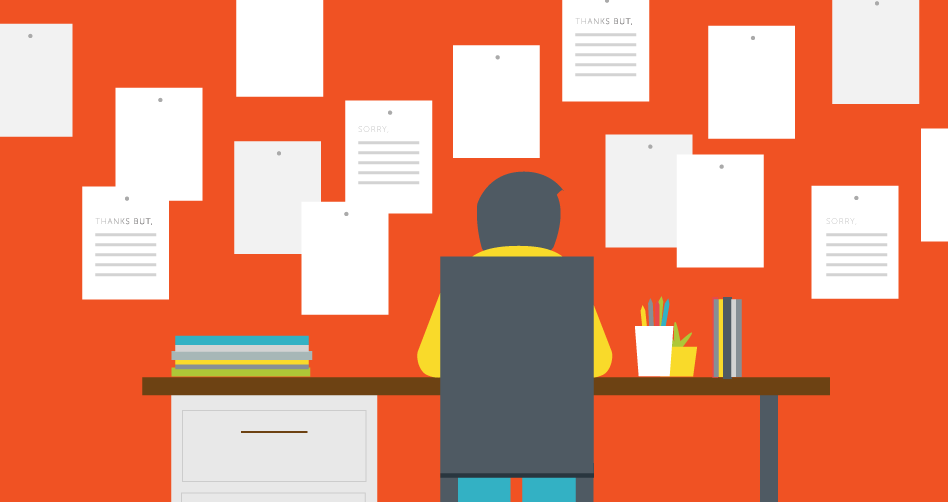 For many years, I was a closeted writer. I would write, but my musings were intended exclusively for an audience of one—me. I was not so much concerned about my writing skills; instead, I was afraid that my writing was not good enough because my voice didn’t matter.

This was compounded by the fact that after numerous submissions to various publications and outlets, I was met with the “After Careful Consideration” letter or, as I preferred to call it, the “This Sucks” letter. Perhaps, the fear of rejection also stems back to a bad experience that I had as an undergrad when one of my professors questioned why I wanted to be a Black English major (I will save that story for another blog post) or maybe it was my own insecurities about my grammar skills, or lack thereof. Whatever the cause, the fear of being rejected was paralyzing, so much so that I often hid behind the fact that I was a teacher of writing and not actually a writer.

Looking back, this seems like such an arbitrary distinction because it was. Simply put, this was just an excuse to justify my not trying. At least with not trying to write for the public, I could never fail. Like many writers, failure is more than just an empty, nebulous term. It is the boogeyman of writing. Just because it doesn’t have a definitive shape doesn’t mean that it doesn’t exist.

When I taught writing, I often encountered students who were also afraid to write. Their trepidation was not a result of poor writing skills, but often a lack of confidence. Frequently, this was an outgrowth of their unwillingness to be vulnerable or to trust the people who were reading their writing. It didn’t matter if it was a freshman introductory English class or a senior thesis seminar, this pattern emerged across grade-levels and abilities.

Since my time as an English professor, I have encountered aspiring writers and even established professional writers who find themselves combating self-doubt and fear. As much as I would like to think that this is just a function of one’s nerves, it seems to be more nuanced than that. Writing is personal; writing is subjective and on numerous occasions, I have argued that writing truly is an extension of one’s soul. So what happens when one’s writing is rejected, criticized, or ridiculed?

It feels personal, so many of us take it personally. You see there is a certain level of intimacy that takes place when a writer picks up the, literal or metaphoric, pen. Ideas that were once isolated to one’s thoughts, one’s imagination and one’s worldview are transformed in a way that others will have to understand and interact with them. And, yes, criticize them.

Ideally, a reader will understand your written words as if he/she were privy to your most intimate thoughts. But, too often, this may not happen—at least not that perfectly. It seems that the difference between those who keep going and those who don’t is confidence—not so much the belief that one is a great writer, but the belief that one’s ideas are worthy of being heard and that there is an audience that needs to hear them.

People value honesty. Of course a lucid, compelling, and engaging story will generate reads, but there is something about reading the works of authors who are naked that invites us to keep reading, to beg for more, and to become a fan. It is a steep learning curve writing for an audience of strangers. It is an even deeper dive learning how to receive and even invite criticism. I suspect this applies to other freelancing fields as well.

Rejection has been good—real good—because it has taught me that I have to get better at my craft. Freelancing is competitive and there are some seriously brilliant people out there who have put in their 10,000 hours of “deliberate practice” as Malcolm Gladwell implores all of us to do in Outliers.

Had I been successful early on, I don’t think that I would enjoy writing as much. It is still challenging and I am still mindful that my writing is consumable, so I owe it to my audience to have something worthwhile and useful to say.

So my advice for anyone who is wavering between freelance writing and the fear of freelance writing is to write and to embrace the journey. Like many other professions, it is feedback and the criticism from others that makes us better.