Freelance Isn't Free and the future of freelancing 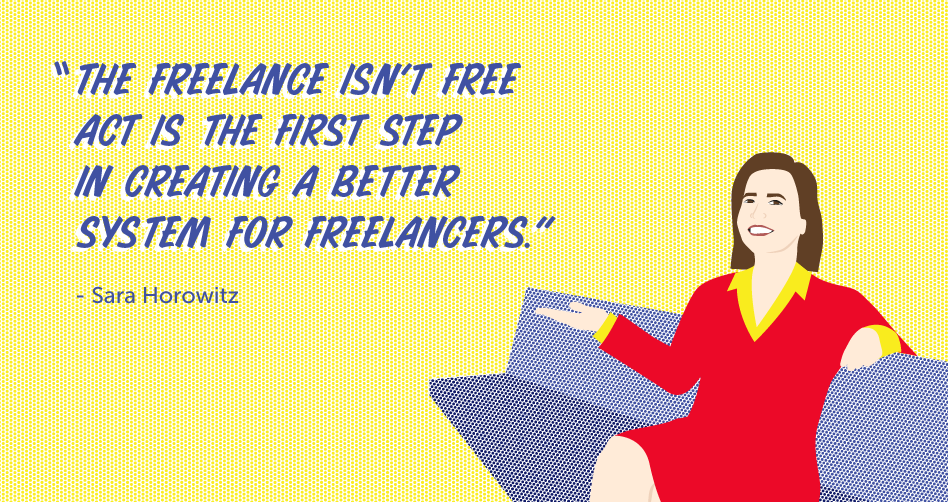 October 27th, 2016 signifies a landmark victory for the nation’s 55 million freelance workers: The New York City Council passed The Freelance Isn’t Free Act, which extends unprecedented protections against nonpayment for millions of New York City’s freelance workers. It’s first-of-its-kind legislation that could have national implications by serving as a model for other cities to follow.

The bill, led by NYC Council Member Brad Lander, is a milestone moment in freelancers’ rights – and it couldn’t have happened without the collective efforts of the freelancers of New York City and the support of freelancers nationwide.

7 out of 10 freelance workers face nonpayment and freelancers are stiffed an average of $6000 annually. Under this legislation, clients will be compelled to use a contract and could face penalties for nonpayment, including double damages, attorney’s fees, and civil fees. Just as full-time employees are protected against wage theft, the Freelance Isn’t Free Act would offer protections for freelance workers.

Hundreds of freelancers came to share their stories and stand together with our allies in labor and business to form a powerful coalition to stand up for this issue. Today, we reached the conclusion of that journey. The Freelance Isn’t Free Act passed unanimously at City Hall with 51 votes in favor of better payment protections for freelance workers.

Freelancers now represent 35% of the workforce and contributed $1 trillion to the economy in 2015. Independent workers are emerging as a powerful political constituency and the passage of the Freelance Isn’t Free Act is the first step in creating a better system for freelancers. We did it – and we did it together. Now, let’s take this legislation to new cities and make the future of freelancing better for all.

Sign the petition to bring Freelance Isn't Free legislation to your city today: