Owed over 130k for services, one freelancer heads to court 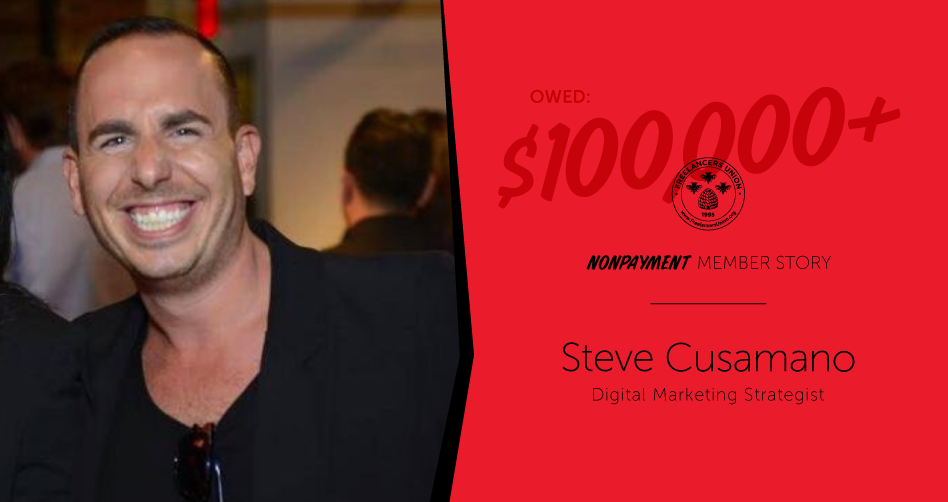 In many ways, May 2014 was an exciting month for my career. I was working full-time with Estee Lauder and juggling a full-time freelancing role with a promising fashion company called IconStyle. Similar to the internationally successful e-commerce startup VelaAsia, IconStyle builds fashion brands for celebrities.

IconStyle asked me to be in the office more and take on the role of Director of Merchandising & Visual Execution. Because I wasn’t on a traditional 9 to 5 schedule, they offered me a contract, which included equity and the other perks such as a healthcare stipend until the company had its own policy, a new MacBook as well as other perks of a full-time employee, but paid as a 1099 worker.

Maybe I should have gotten suspicious then – why not just hire me as a W-2 worker if I was working full-time? But, hiring workers on freelance contract terms isn’t unheard of in the startup world.

Shortly after, we were working on our first celeb : Tamar Braxton. My first job was to manage the merchandising for TamarCollection – Tamar Braxton’s clothing line. I decided things like how many dresses vs. jumpsuits the line would produce, pricing, and how many styles the line included each season.

About a month before the launch of the brand, IconStyle fired the marketing guy and asked me to take on his responsibilities. I said OK despite the fact that at this point, I was already filling the role of Director of Merchandising & Visual Execution, while still employed by Estee Lauder Companies. So without having yet received all the benefits and security afforded to me in my original employee contract, I added an additional set of responsibilities to my already full plate.

Working as an eCommerce Manager at Estee Lauder Companies and as Director of Merchandising, Marketing, and Visual Execution simultaneously was no small effort. I wrote all the product, social and email copy, managed the affiliate, display and social media marketing programs, and all PR; it required long hours that blended into days, little to no free time, and a constant friction between two commitments. Eventually something had to give.

Just before the launch of our second Tamar Collection capsule I received a call from the CEO of Iconstyle, asking me to leave my full-time job at Estee Lauder and commit all of my time to Iconstyle. Just a week later he texted me that we signed a new celeb for our next brand – this time it was superstar Demi Lovato. Based on the request from IconStyle’s CEO that I leave Estee, and the Demi news, I decided to leave my role at Estee Lauder Companies. I later found out Demi Lovato never signed on with IconStyle, and that the CEO of IconStyle misled me.

In June 2015, the checks stopped coming. The founders didn’t get another round of funding but thought that they should have some within a week. Well, a week turned into a month which turned into 3 months. I kept working because i didn’t want to break MY end of the contract. And, at this point, I had been working with IconStyle for over a year – I not only trusted them, but I was invested in the work and actually assured that I owned a piece of the company.

On November 17, 2015, I walked in the office and was told that IconStyle would be terminating my contract because they could no longer afford me. They demanded my computer and escorted me out of the office.

The next day, I sent them an invoice. IconStyle responded that they wouldn’t be able to pay me until they received funding. A week later, I received an email from them asking me to sign a release saying that I wouldn’t sue them – and if I did, then I would get my payment. I refused.

Next, I filed with NY State wage enforcement (the Department of Labor), but I was told they couldn’t do much because I was owed too much money. At this point, I was owed over 130k for my services.

My lawyer sent a notice in February of 2016 that payment was due. In response, IconStyle scheduled a call with him. During that call, the CEO acknowledged that I was owed money and admitted that he knew it was illegal to try to get me to sign the release, but did it anyway.

They still haven’t paid me and at least one other former employee despite getting a second round of financing, changing their name to IconMod, moving their offices in New York, opening up a second office in Los Angeles and landing Zendeya as their next celebrity they will build a brand for.

Shortly after this call, I discovered that IconStyle was denying that they had any record of my employment with them to potential job prospects. From a professional standpoint, this has called my integrity into question and has been deeply embarrassing to explain to prospective clients.

On a personal level, the financial impact of this situation has been devastating. I was forced to break my lease on my co-op and move back in with my family. The only silver lining on the situation is that it’s just me – I’m not providing for a family and children.

Last month, my lawyer and I filed a complaint with the NY Supreme Court and IconStyle was served papers shortly afterwards. I plan to pursue this to the end, but I want to help other freelancers avoid this situation in the first place.

While there are many preventative measures independent workers can take against nonpayment – like always using a contract and not working after payment stops – we deserve to have laws against clients who would steal from us outright. It’s not cool to run your startup on freelance labor while waiting for investors, knowing that if funding doesn’t come through you can just terminate the contract and ignore invoices.

Speaking out isn’t easy. My family and friends are worried about the case impacting my career, but I feel that it’s important. This company ruined my financial life, but that doesn’t even begin to enumerate on the personal trials I have faced as a result of this upheaval. In standing up for myself in a court of law, I hope to not only regain my agency in this situation, but also inspire other freelancers to speak out.

Clients and companies who steal from freelancers should face the same consequences as employers who fail to pay their employees. The only way we make this happen is to make ourselves heard. If you have a story to share, I hope you will join me in speaking out.

A Merchandiser & Digital Marketer who loves to work hard, call it like he sees it, and make companies lots of money... Steve's greatest gift is his unyielding intellectual curiosity.

He studied marketing and finance at the University at Albany and Universita Cattolica in Milan, Italy before beginning his career at Macys.com in the Summer of 2008.