How to turn mistakes into stepping stones to success 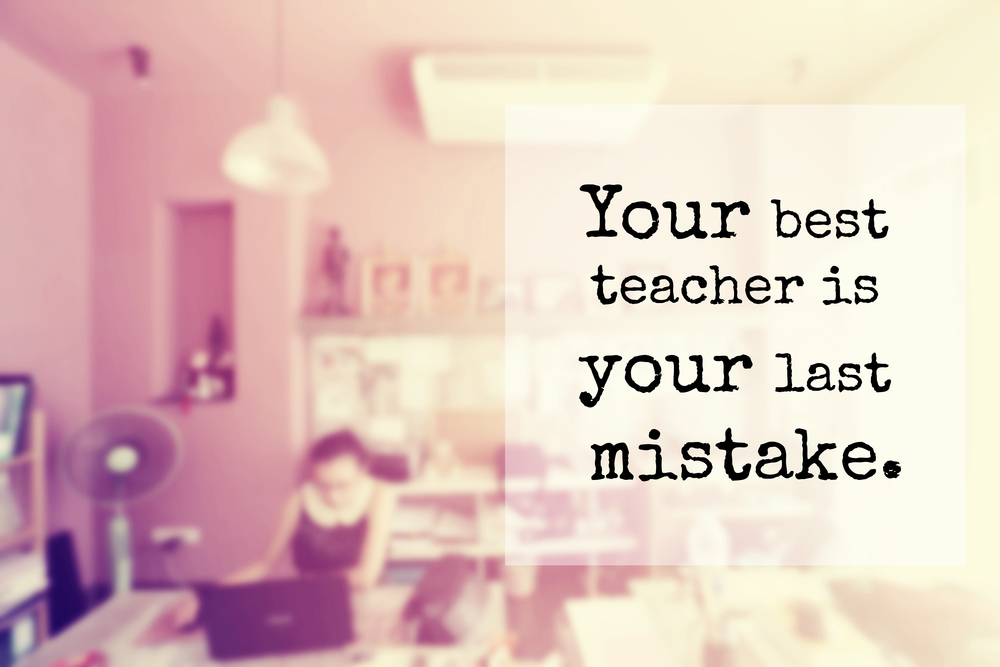 I have nothing personal against bees; I’ve heard that their lives can get quite busy and that’s fine by me.

But this year, the bees in my yard have been uncharacteristically abundant and aggressive. I’ve been stung twice and my son once, both in the course of mowing the lawn.

These particular bees (technically, they’re wasps, but I don’t think you really care) build their nests in the ground and when you step on them, well, you can guess the rest. And so I decided to do something about it.

I considered a commercial insecticide, but my wife Linda was uncomfortable with the idea of my spraying toxic, life-shortening chemicals all over our back yard. Luckily, I came across a YouTube video in which a guy eliminates wasp nests in the ground using only dish soap and a standard garden hose.

I’m no MacGyver, but I thought I’d give it a try.

I figured wrong. They were demonstrably unhappy with my intrusion in their busy day.

Not just a couple of bees either – dozens of them, angrily buzzing all around. I managed to remain calm, as evidenced by the way I ran screaming like a terrified lunatic into the house.

But it’s not all bad news. Having survived the wrong way to do things, I corrected my mistakes and returned that night, this time successfully.

Believe it or not, this concept of doing things wrong quickly, so that you can make adjustments with each successive attempt, is a key mindset in succeeding as a solo professional.

That wasn’t true when I had a job.

Working in the belly of a big company, there’s wasn’t a lot of upside in taking risks. My paycheck never
varied in amount or frequency and, at some point, I realized that I had become more focused on playing defense against mistakes than in swinging for the fences.

First of all, the upside is unlimited. You benefit directly and immediately when things go well.

Secondly, time is of the essence. Nobody pays you for keeping busy (let alone just looking busy). The money only comes in when you make it happen, so it’s important to keep moving and keep trying new things.

And finally, the cost of making a mistake is very, very low. Out here, in the solo professional land of the free and home of the brave (I may have borrowed that phrase from somewhere else), nobody’s critiquing you, judging you, or competing with you for the next promotion.

If your next idea or project works, it works. And if it doesn’t, it doesn’t. But “failure” (if you want to call it that) doesn’t cost you anything, because nobody is watching.

Here’s the bottom line: The biggest threat to your success as a solo is not that you’ll make mistakes. It’s that you’ll wait too long and move too slowly, out of a fear of making them in the first place.

Might you get stung? I can pretty much guarantee it. But the fastest, most efficient, least risky way to succeed is to just get going.