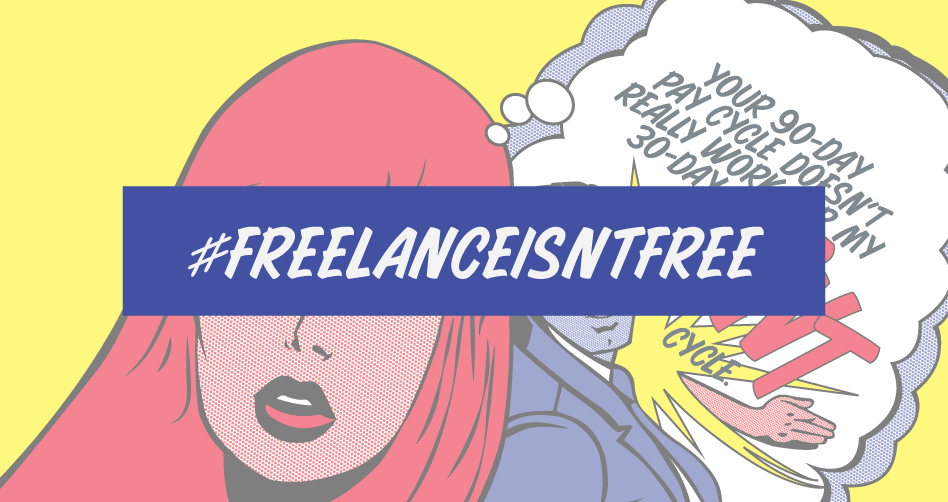 In a briefing that went out on Thursday, July 7, presidential candidate Hillary Clinton committed to cracking down on big businesses that regularly stiff small businesses. Clinton asserts that late and nonpayment can cause serious cash flow problems that not only impact proprietors, but the larger economy: 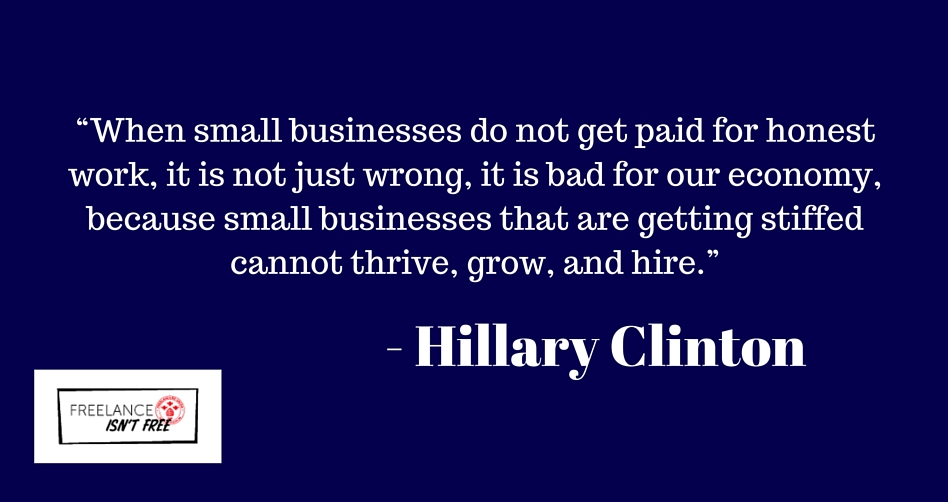 As 70% of small businesses are owned and operated by sole proprietors or sole traders, Hillary Clinton’s stance on nonpayment comes as big news for freelancers following the Freelance Isn’t Free campaign. Though the language focuses on small businesses, the storefront mom & pop shops of the past have long been giving way to independent workers running our own small businesses online – oftentimes with only one employee, ourselves!

Clinton’s support for ending the nonpayment problem as it occurs at the hands of large corporations shows that policy makers realize this problem exists for contractors and is a huge problem for the economy.

If elected, Clinton announced that she will:

You can read the briefing in full here.

It’s a testament to the strength of the freelance workforce and all of the important work advanced on wage by unions and labor organizations that the nonpayment problem has made its way into the electoral conversation. Independent workers remain largely misunderstood by many leading politicians mainly by virtue of being an incredibly diverse community and difficult to pin down as a demographic. Over the past year, however, we’ve seen more and more leaders recognize the growth of the freelance workforce and the common issues we face.

In December, we heard President Obama declare “Freelance Isn’t Free” at the White House Summit on Worker Voice; Hillary Clinton has now spoken on portable benefits and client nonpayment; and in New York City, the City Council is poised to pass the Freelance Isn’t Free bill – landmark legislation that will bring greater protections to independent workers against nonpayment.

Freelancers Union members across the country have played a vital part in bringing these conversations to the fore. As we move forward together towards this new era of work, we hope you will continue to use your voice to make the future of freelancing better.