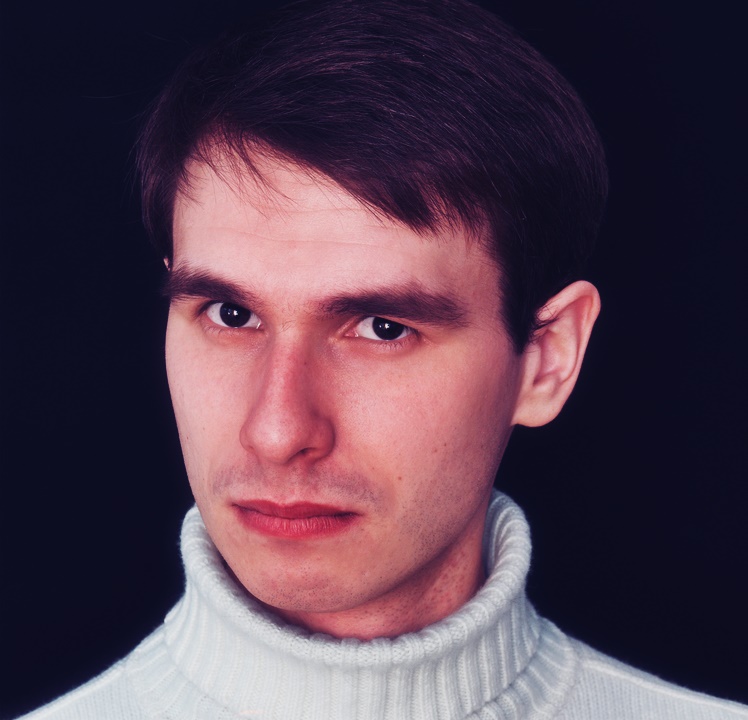 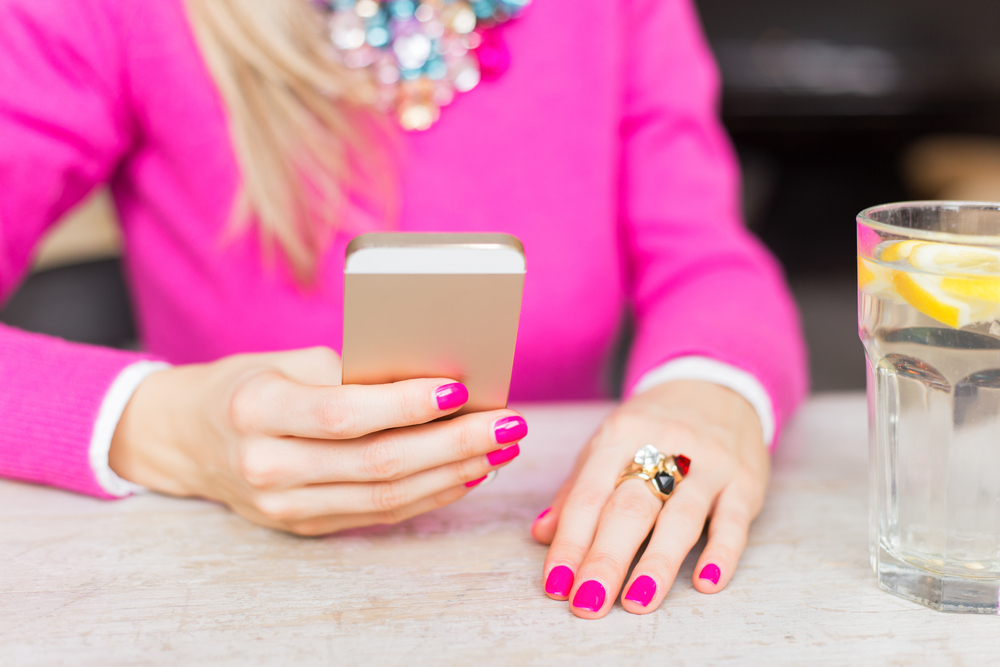 In an era where technology plays a pivotal role, finding work through social media platforms has never been easier – and harder at the same time. It’s easier because there are numerous apps and themed websites that can help you match with that perfect job and it’s harder because the web is teeming with thousands of talented freelancers, like you. Social media weighs a lot in the recruiting and hiring process.

Don’t expect to make a Twitter profile, find a company, ask for a job, and all of sudden get an interview. Job hunting via social media is a tricky process, but it’s completely worth the effort. Here are 10 ingenious ways in which you can obtain a job, or a great project, through social platforms:

1. Look for a job or project

This should come off as the obvious starting point for any aspiring future employee. Sites like CareerBuilder or Simply Hired serve as great platforms to finding offers. Under normal circumstances, once you find a job you’re interested in, you simply apply and wait for a response.

But in order to accurately create the web necessary for social media job or project hunting success, you should focus more on the employer than the job offer itself.

2. Let your social media reflect who you are

Once they’re got their eye on you, many employers will naturally want to know more about you. They can do that both through the face-to-face interview and through looking you up on various social media.

More often than not, our accounts are fairly accurate reflections of ourselves as a person. If you want your Twitter, Facebook, or LinkedIn to leave a lasting and positive impression, make sure you have these checked:

Your online connections and influence matter a lot. Companies will always want to collaborate with a freelancer that looks like he/she is perfect teamwork material. Browse through LinkedIn and find groups that match your interests and that are active.

Get engaged in the community – don’t be just a passive player, be active. Answer the questions of people, provide information, and showcase plenty of initiative. However, never directly ask for a job. Why? Move to the next step.

4. Be involved and be attractive

When getting engaged in communities, don’t lose track of your main objective – landing a job (or your next big project). Try to think of what the company that you wish to collaborate with is looking for and exhibit that as much as possible. For example, you should make use of your imagination when a creativity-based company is involved and build a record of online activity in the field of economy - if this is the domain you’re seeking a job in.

Most importantly, never ask directly for a job. You have to make it look as if you’re not making a direct effort and that the company is lucky to capture your attention.

But how can you let the company know you’re available, then?

5. Land the job/project without actually asking for it

This is where social media becomes a key player. Adding tags to your resume and designing it in an interactive way is already a step forward that will help you distinguish yourself from your competitors.

The most important thing is to not seem desperate and to take a “reverse approach”. This is going to help a great deal when the employer lays his eyes on you after following all of the previously mentioned steps.

Remember the “let your social media define you” step? Using your real name, a good photo, and having it be representatively themed are only the tip of the iceberg. For a real display of creativity, you have to use social platforms to promote yourself ingeniously enough that companies won’t even think twice about getting in touch with you.

6. Turn your social media into the resume

Here are a few creative ways in which you can turn social media into a resume or portfolio:

QR Code: Make it known that you’re up to date with the latest technological innovations and that you’re creative enough to link them to your personal brand. Marketing industry worker Victor Petit printed a photo of himself on the back of his resume and stamped a QR code over his mouth that linked to his creative profile.

You can send employers to your social media or websites via the QR code in a variety of ways, though. If you’re an artist, add it over a creation. Or maybe even rent a billboard advertising yourself.

Facebook: Either through photos, headers, descriptions, likes, or general content of the page, Facebook makes an ideal resume because employers can quickly get back in touch with you.

Pinterest: Rachel King brought all of her qualities to a Pinterest board, turning it into a multi-layered and creative live resume. She may not have been hired by Pinterest, but a great start-up noticed her and got her on board.

Twitter: Last but not least, if you’re looking to bring attention to your creations, then you can use the #twesume Twitter hashtag which brings together all job-seekers capable of describing themselves in 140 characters.

In an era that heavily relies on design and social media, creativity takes a new step forward. Hagan Blount turned his CV into a proper infographic, which blatantly stands out from a bunch of standardized applications. If you’re not prepared for such a bold approach, then add in just a pinch of originality, like Saidur Hossain did when he included tags into his resume.

Originality is most welcome in creative fields, so if you’re taking up a job opportunity from a company of the like, it’s almost assured that, for example, a hand-sewn CV would be a huge hit. Nick Begley wanted so badly to stand out from the crowd that he printed his whole resume on a chocolate wrapper.

Funnily enough, most of these ideas spawned from despair, but it’s not obligatory for this to be the case all the time. Printing your CV on generally anything that isn’t paper seems like a step forward in the right direction.

8. Combine the Interview with the CV

The CV is used to help the employer get a general idea of the candidate’s skills and qualifications. The interview is the way through which the employer discovers the candidate as a person. There is an ingenious middle ground for this which can give anyone, especially if charismatic and inventive, a fantastic boost – create a video. Matt Epstein is one of the people who used YouTube to his advantage, making a video resume for Google. He may have not gotten hired by Google, but he received over 80 job offers.

Graeme Anthony, another example, took this idea even a step further, turning his own video CV into an interactive journey.

Whether you can be professional or quirky in the presentation, that all depends on what kind of people the employer is looking for and the general atmosphere of the company.

9. Match the Needs of the Company

The easiest way to impress a company is by letting them know you’ve done some research beforehand. If you know what they do, then think of a way to apply for a position in a way that perfectly blends in with the area of expertise of the company. Showcase your design skills when applying for a position at a themed company. Take inspiration from Eric Gandhi, who personalized his CV by making it resemble a Google search results page.

Tim Schafer, while now a big name in the video game industry, had trouble finding a job during his starting years. In order to stand out, he developed an entire game which served as his application for Lucasfilm.

10. Add a Healthy Dose of Quirkiness

Something most of these applications have in common is the tasteful use of humor. One of the most fitting examples is that of Andrew Horner, who grew so tired of the abhorrent process of job hunting that he turned himself into the hunted instead of the hunter. He created the “reverse job application,” a highly bold and cheeky move that could have just as easily escalated and backfired instead of proving successful.

Fortunately, Horner knew where to stop and how to blend in a lot of intelligence into his unique idea. Unless you’re applying for a position at a morgue or a billion-worth stock market enterprise, most of these doses of humor are highly appreciated.

Just make sure they don’t cross certain boundaries and that they’re on purpose. For instance, Vanessa Hodja did attach to her mail to her future employer a photo of Nicholas Cage, but this happened because she accidentally uploaded it instead of her cover letter.

Harrison is a teacher turned freelancer. Now, he mentors students to help them find a rewarding career path. He is writing a book inspired by Richard Nelson's "What Color is your Parachute."