Are you smarter than a golden retriever? 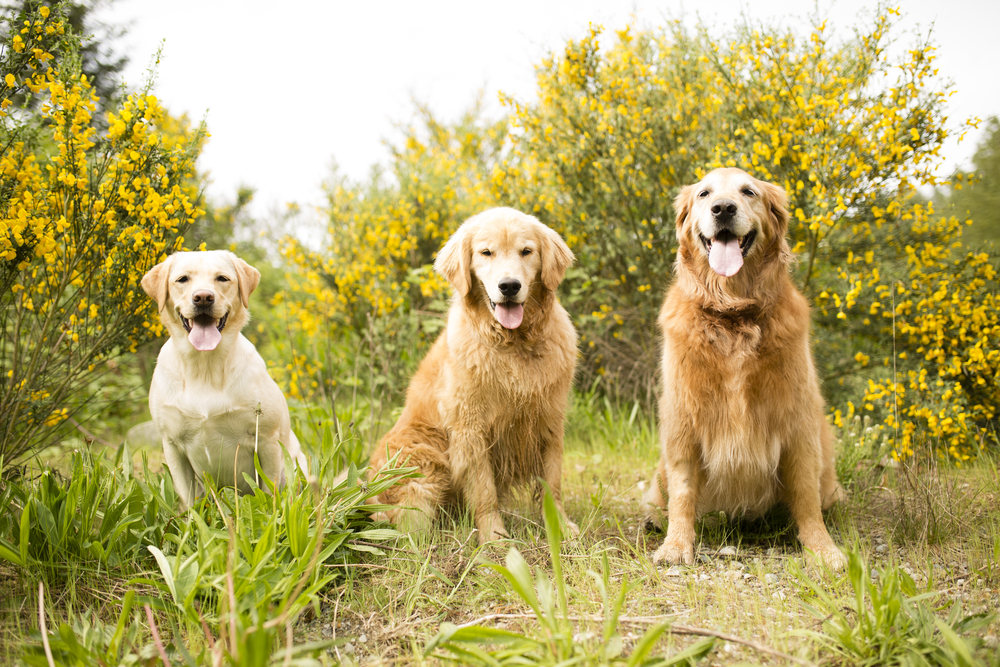 I guess I’m really not sure how smart our dog Abbie is.

I mean, of course I’d like to believe she’s the canine Einstein (a great name for a rock band, by the way).

But really, how can you tell? It’s not like you can give her some kind of doggie IQ test (I’m quite certain she can’t even hold a #2 pencil).

I suppose I could base it on her behavior. But even then, it’s hard to reach a definitive conclusion.

One minute she’ll be showing off her smarts by slowly tapping the back door to indicate her interest in going outside. But then ten minutes later, I’ll stand there and watch as she insists on eating some of the horse poop she just found on the trail in the back woods.

She is smart enough to have figured out one thing, however: If you want food, don’t bother waiting by your food dish.

Here’s what I mean…

We feed Abbie twice a day: Once in the morning and once at lunchtime, around 12:30. By noon, if you happen to be in the house, Abbie will begin harassing you.

Subtly at first – looking sideways at you, following you around, pushing on you, etc. As 12:30 approaches though, and if you still haven’t fed her, she’ll be in your face like a vote-hungry politician in late October.

The point is, even though she knows that the food ultimately arrives in her bowl, she looks to people – not the bowl itself – to bring the meal. She understands the relation between cause and effect.

Now I don’t mean to suggest that Abbie is smarter than you. Nor am I implying that you have anything but a modest and appropriate interest in horse manure.

I am saying, however, that in my experience, many solo professionals in search of clients pay way to much attention to the bowl (i.e., prospects) and not nearly enough attention to the people who keep it filled (i.e., their existing relationships).

It seems like it makes sense to focus on prospects. After all, prospects become clients and clients are the ones who write the checks.

But there’s an earlier step, a step which if focused on consistently and thoroughly, keeps the prospect/client/money machine turning. It’s called “staying in front of the people you know.”

Not “people who are likely to buy today” (or even ever).

I’m talking about a much larger group – “people you know.” The 500 or so co-members of the human race whom you’ve gotten to know in the course of your professional and personal life … and that you routinely ignore:

Here’s the bottom line. I know you’ve got a lot going on every day. And so it may seem more efficient to prioritize your marketing efforts and “go where the business is.”

The problem with this narrow, nothing-but-the-final-step-in-the-process focus is that it’s the business development equivalent of standing by an empty dog food dish.

It ignores the fact that it’s the people you already know – the ones who move along the continuum from loose acquaintance to colleague to friend to fan – who ultimately buy from you and/or send others your way.

Take it from Abbie: If you want to eat on time every day, step back from the food bowl and go find the people with the ability to fill it.