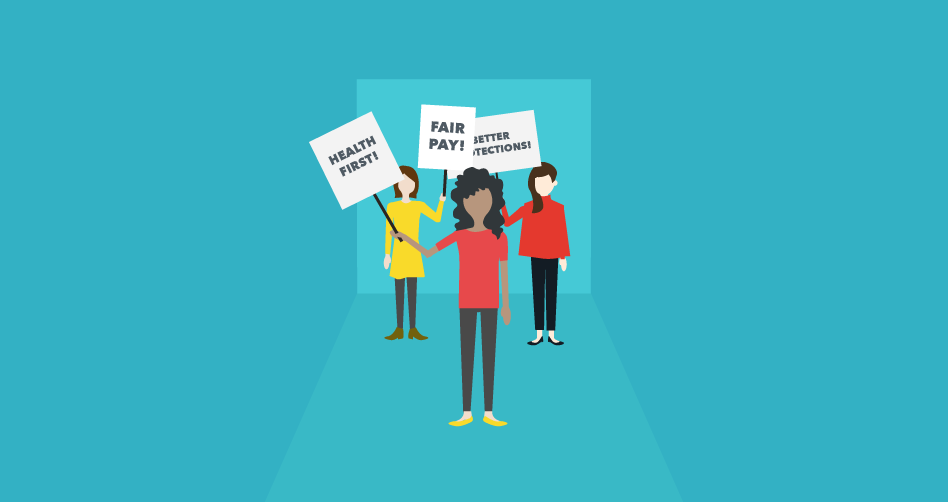 That pretty picture in your favorite fashion magazine might have a pretty ugly backstory. In a riveting op-ed for the Los Angeles Times, Model Alliance Founder Sara Ziff peels back the modeling industry’s glossy veneer to reveal a workplace where young women face coerced starvation, sexual harassment, abuse, and wage theft. A former model herself, Ziff calls for California lawmakers to support Assembly Bill 2539, which will induce major reforms in the fashion industry.

The lure of fame and success coupled with industry pressures make models a particularly vulnerable population. Ziff writes, “With the majority beginning their careers between the ages of 13 and 16, young models need more protection. Most are just gangly teenage girls when they sign an exclusive — often deeply unfavorable — contract with a modeling agency.”

Despite the high-profile work, most modeling gigs are not lucrative and many even pay in trade – meaning clothes rather than cash. The industry’s poor payment practices underscore a culture in which agencies and clients routinely take advantage of young women. This has led to a tacit acceptance of a deeply prevalent rape culture within the modeling world. And, because models are classified as independent contractors rather than employees, employee sexual harassment laws do not apply.

The bill, introduced by California Assemblyman Marc Levine, seeks to remedy many of these issues:

“It states that models are employees not independent contractors, and due all workplace protections including against sexual harassment. It requires employers to adopt an occupational health and safety standard to protect models from developing eating disorders. And it clarifies that modeling agencies must be licensed and regulated as talent agencies, to help ensure that models receive the same protections as actors and other talent.”

We at Freelancers Union partnered with Model Alliance activist Jessica Perez in conjunction with the #FreelanceIsntFree Campaign and we’re thrilled to support the organization and fashion industry workers as they pursue a better future of work.