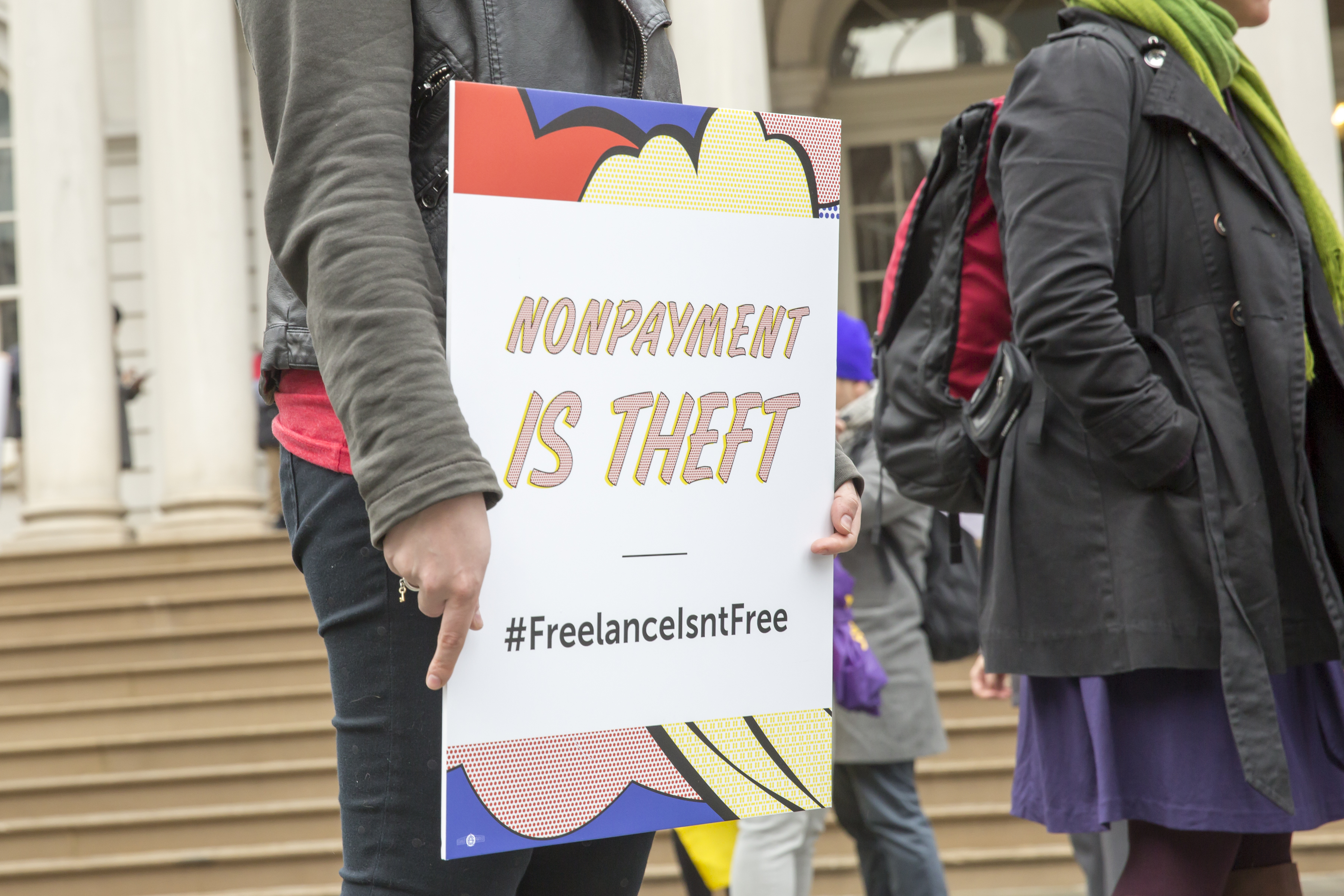 New York City is famous for its hustle. Each day 8.4 million people get out and do what it takes to survive in the city that never sleeps, but with each passing year, the cost of survival grows ever more expensive.

On Monday, February 29th, Freelancers Union members took a break from their hustle to attend the Freelance Isn’t Free Hearing and support the first bill in the nation to address the issue of client nonpayment on behalf of New York City’s 1.3 million freelancers.

**Make client nonpayment a thing of the past **

Prior to the hearing, we gathered for a press conference on the steps of City Hall. Holding signs and smiles aloft, we listened as Sara Horowitz, the founder and Executive Director of Freelancers Union; bill sponsor Council person Brad Lander; and Freelancers Union Members spoke into a cluster of microphones before an audience of reporters.

As we strained to hear the speakers above the din of the hustling city, we could see the traffic curling onto the Brooklyn Bridge and observe fellow city dwellers passing by, oblivious to the little piece of history we made simply by being there. 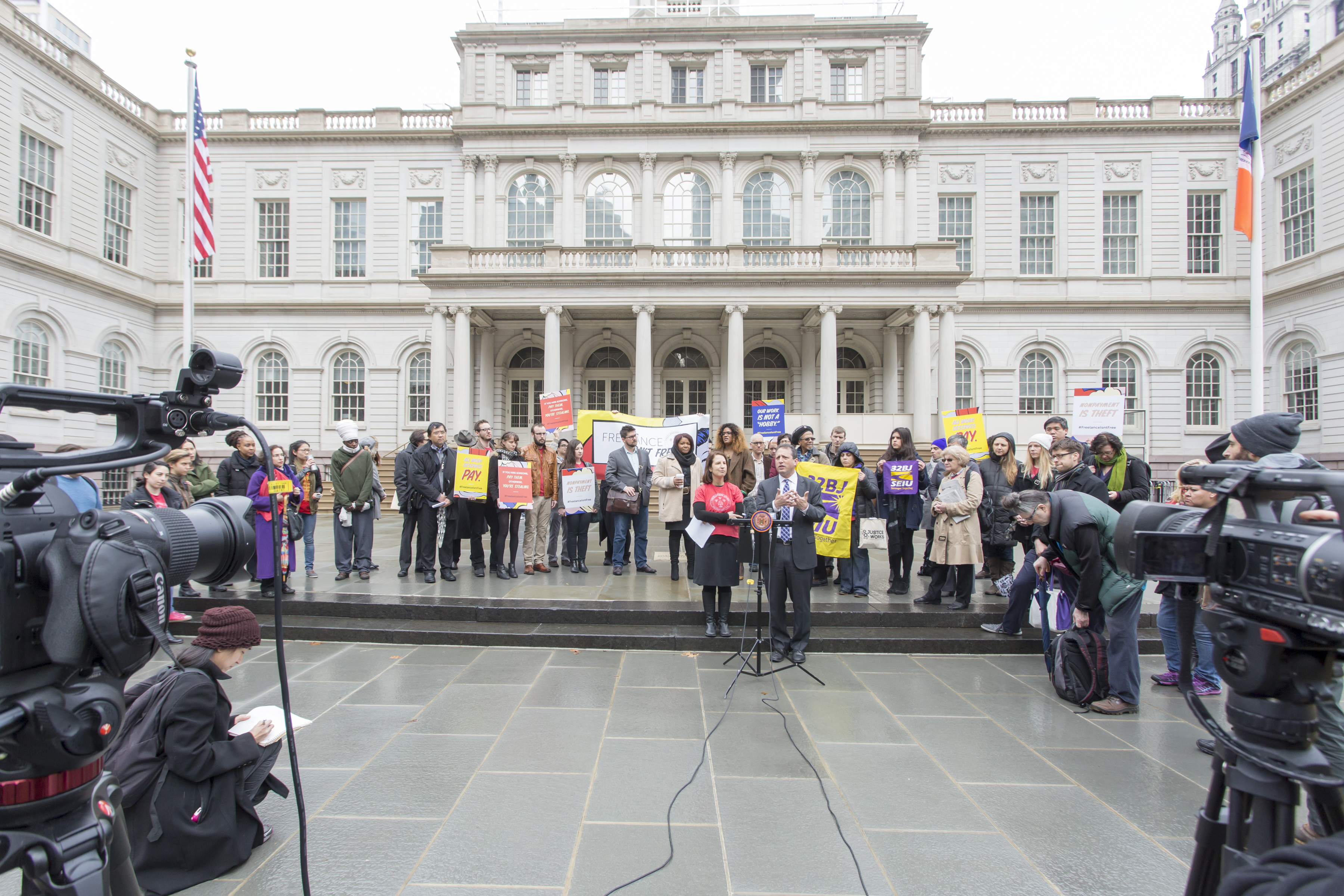 Once inside, we were corralled into a stately room that offered a cool contrast to our #FreelanceIsntFree jeans-and-t-shirts vibe. Proceedings began before the commerce committee led by Consumer Affairs Committee Chair Espinal and our bill sponsor, Brad Lander. Dozens of Freelancers Union members were there with prepared testimonies and 15 were called to speak. 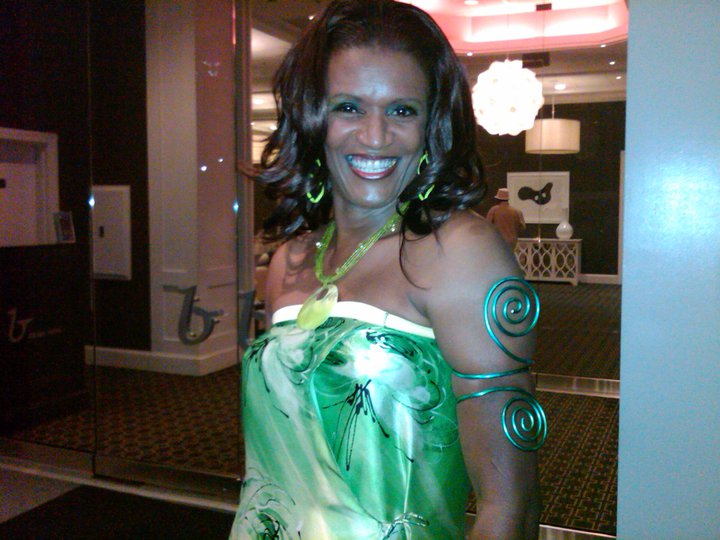 JustRaymona, Pattern & Style Maker
"It is totally unacceptable to treat freelancers like a bank." 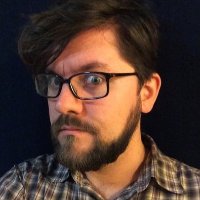 Chris Maue, Video Editory & Animator
"I wish I could say that these experiences were out of the ordinary, but my colleagues and I routinely spend days, if not weeks, asking clients for payments." 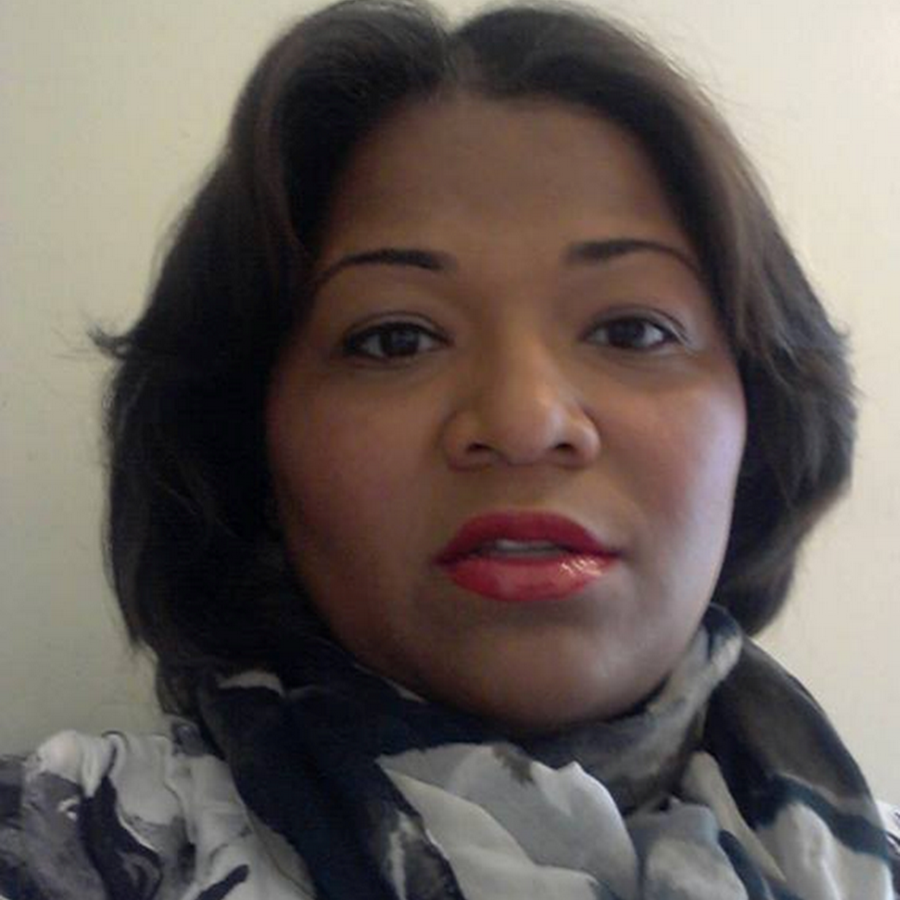 ** Latefa Harmon, Professional Development Consultant **
"It’s important to for us to step up to create needed payment protections for freelancers now, before this becomes a never ending battle in the near future."

Next, the Department of Consumer Affairs took the stand, expressing strong support for protections, but questioning their capacity to effectively enforce the legislation.

Any piece of legislation the product of a series of negotiations and we were here to make a case to City Council and the DCA that the nonpayment problem is widespread - and we need to allocate resources to a government agency to handle it. 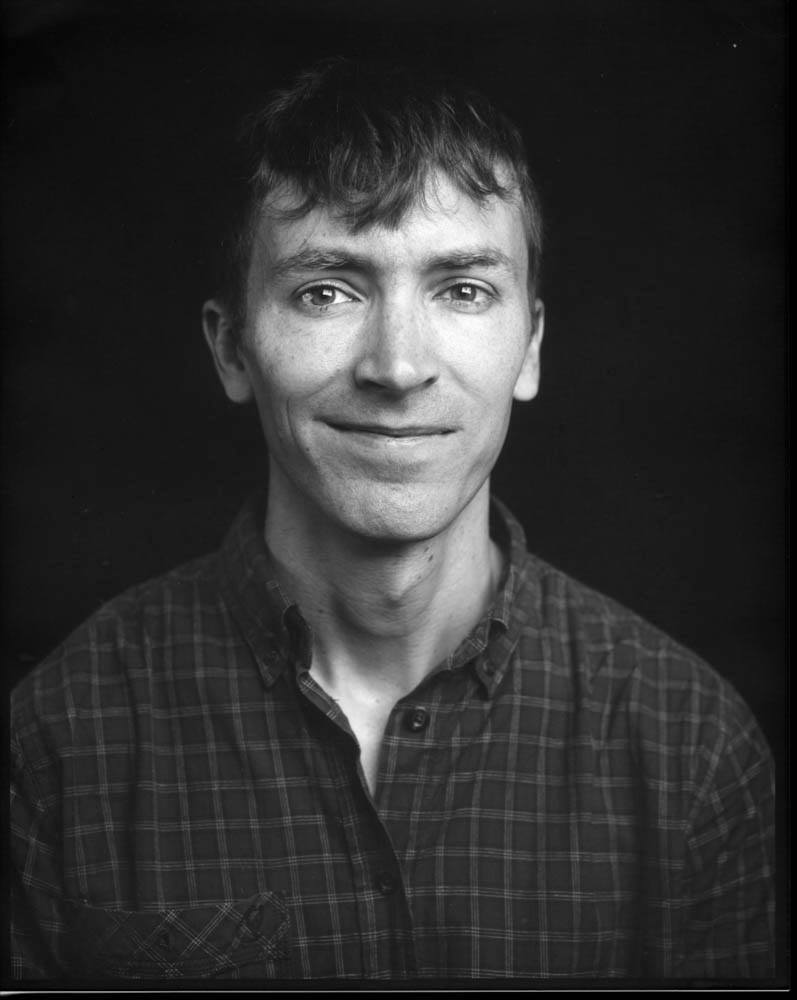 ** Jon Harper, Theater Technician **
"I have a one-year old son, and can’t afford the time or money necessary to go to court with the company over it – having a city agency like the DCA set-up to help freelancers with nonpayment would be an incredibly valuable resource for me." 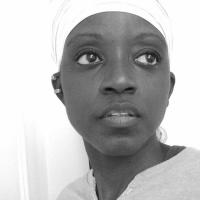 **Deborah Cowell, Essayist **
"It is clear to me that we are in the unique and perhaps enviable position yet again of blazing the trail into an amazing future that includes pretty much all industries."

** Ellen Sandles, Court Reporter**
"We need mutually-agreed upon payment terms, a legal recourse for non-payment, an anti-retaliation clause should we try to stand up for our rights, and the ability to find a lawyer to help us because there is actually a law in place for them to bring an action against this widespread abuse." 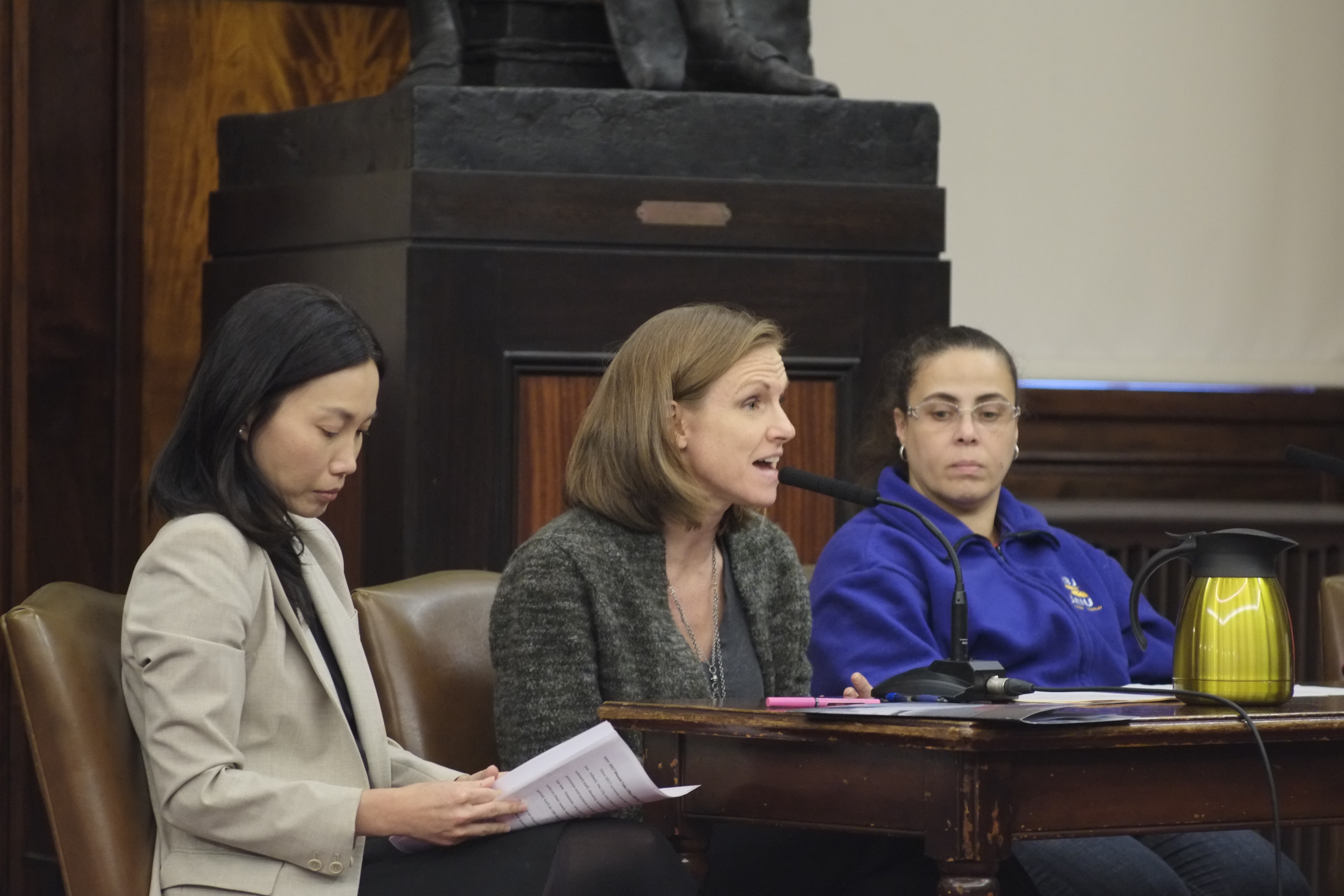 Haeyoung Yoon of NELP, Deborah Axt of Make the Road, and Maria Rosario of 32JB testifying at the Freelance Isn't Free Hearing

NELP (National Employment Law Project) and other advocates made the case for closing loopholes that can weaken wage theft protections. 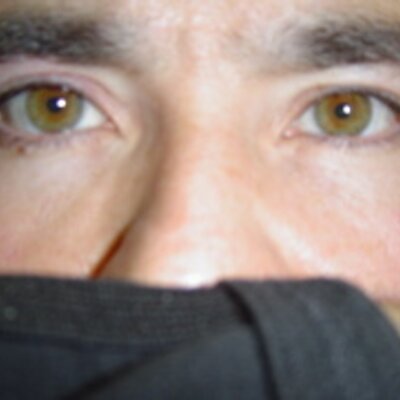 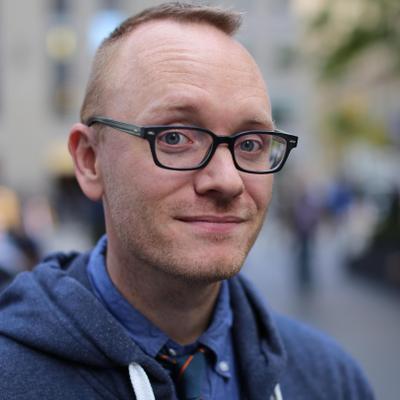 **David Hill, Writer **
"This bill is a first step towards changing that standard to one that respects the rights of the freelancer."

Finally, New York business leaders like the Brooklyn Chamber of Commerce, New York Tech Meetup, Work Market and LiquidTalent reiterated that better protections for freelancers is also better for businesses. New York City needs to continue to attract top talent – and with freelancers making up more and more of the workforce, that means attracting more freelancers. 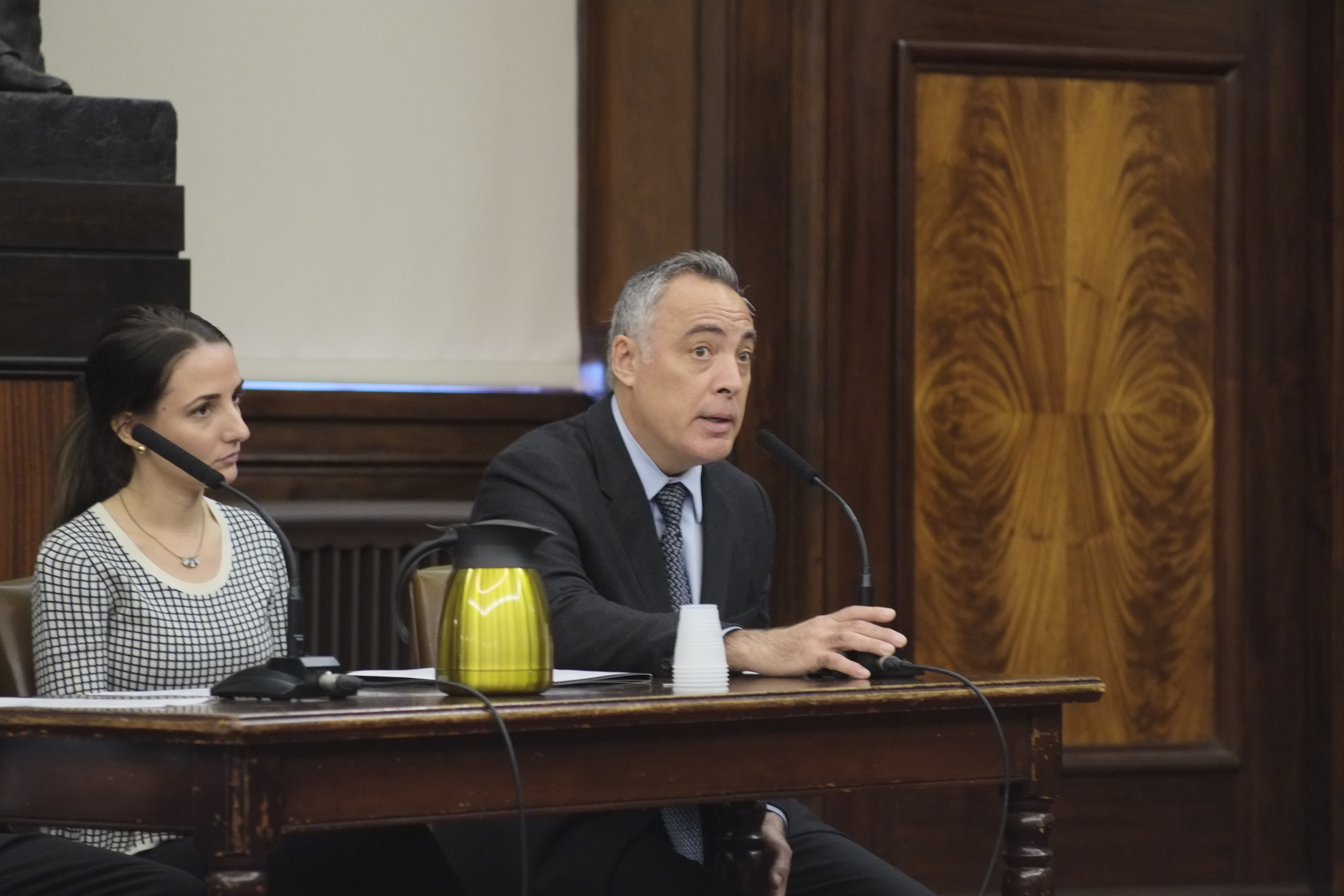 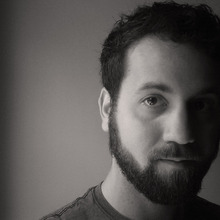 ** Anthony Nicolau, Producer, Directory & Editor **
"A legal precedent requiring a contract for all freelance work is a great way to shift the paradigm towards professional non-traditional working relationships." 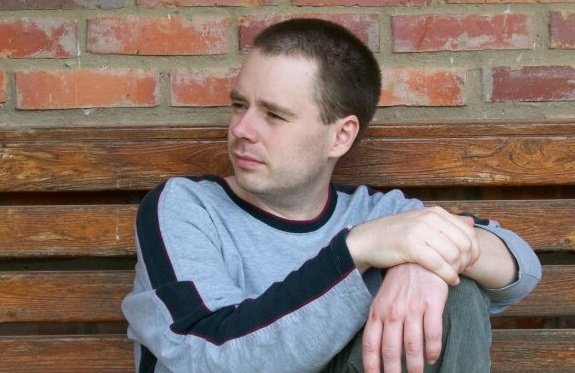 Steven Lowell, Content Specialist
"In the end, more than 30 voice actors lost more than between $500-$2000 each. Even worse, the client began to threaten legal action." 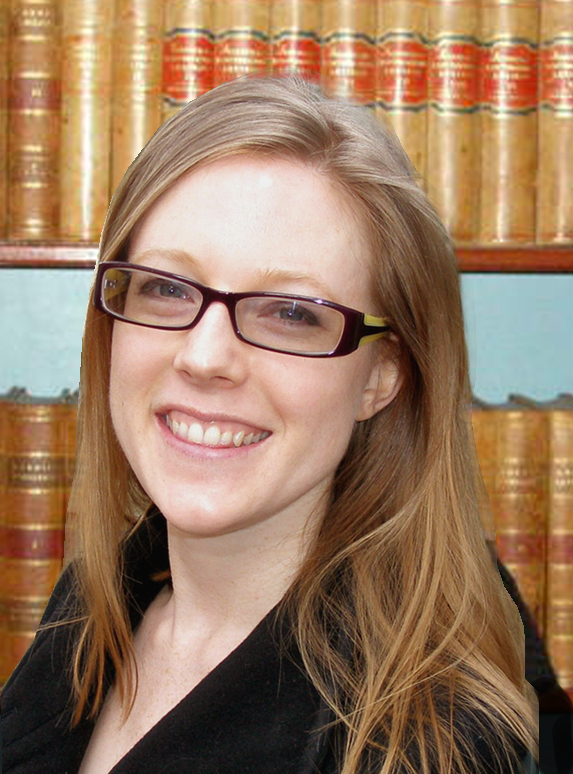 ** Sunday Steinkirchner, Rare Book Seller **
"I have been contacted by dozens of people, owed anywhere from $50 to $15,000. Their stories are horrifying and varied, but all have the same theme: they have not been paid and feel completely helpless."

Freelancers Union Members came out in full force to this event and showcased the diversity of talent, industry, and backgrounds in the freelance community. It was a warm and exciting event from which our legislators came away with new knowledge and respect for the freelance workforce.

With the majority support in the City Council, the bill is poised to go to a vote. We look forward to refining it into a truly effective means of protecting the freelance workforce against nonpayment.

** Jessica Perez, Model & Founder of Tycoon App**
"Forty percent of the U.S. economy will be freelancing by 2020. How many Americans are going to have to resort to amassing crippling credit card debt to offset their cash flow issues?" 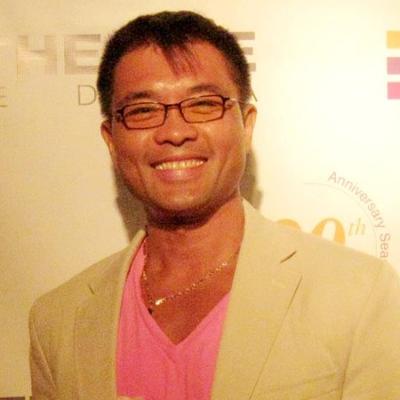 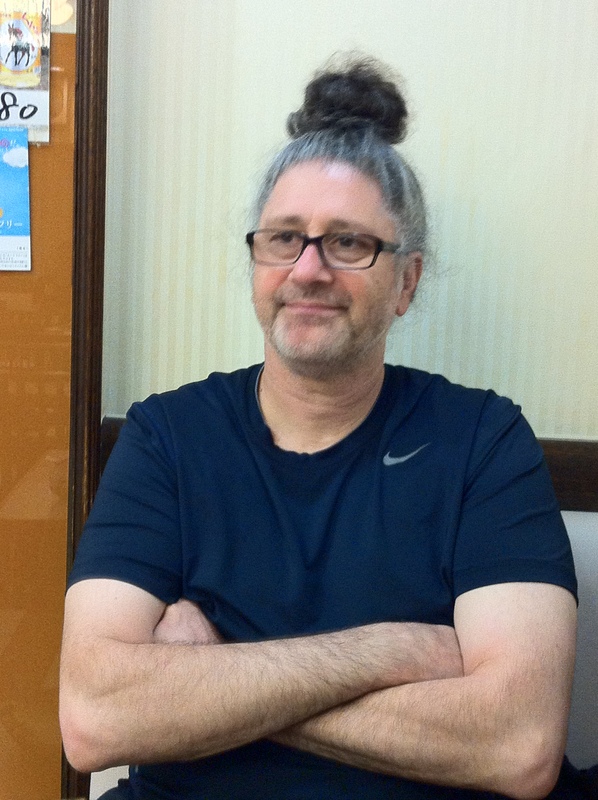 The proceedings closed with a final word from Freelancers Union member and musician Sohrab Saadat Ladjevardi:
"In working together in solidarity, we can improve conditions for all freelance workers. Doo-bee-doo-bee-doo…."

Above all, the Freelance Isn’t Free Hearing was a reminder that when we work together, we can enact real, tangible change. The powerlessness we encounter as individuals is a smoke screen masking the potential for strength that we have as a group. If there’s something you care about, speak up and get involved. You just might change your world.

**Make the future of freelancing better **