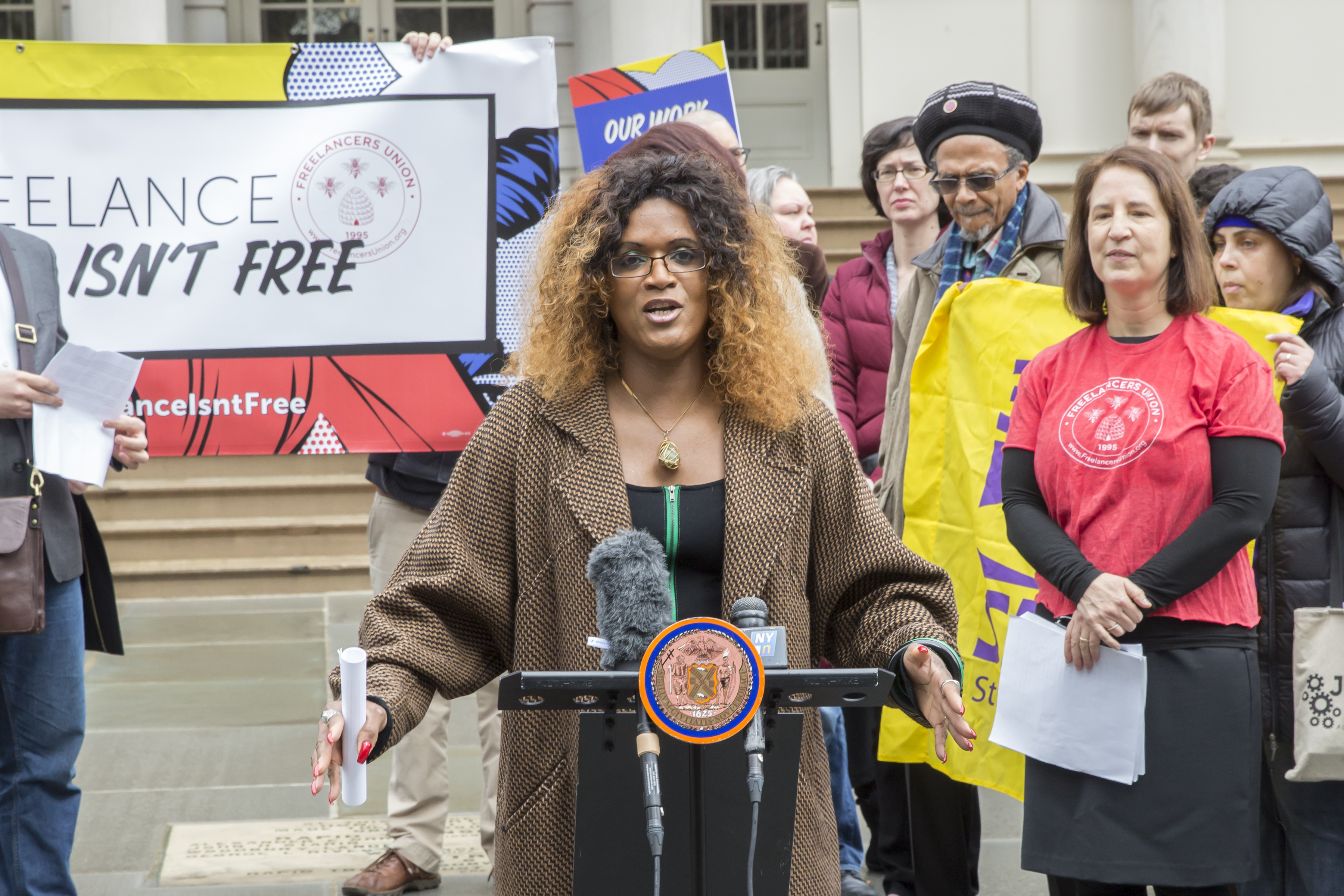 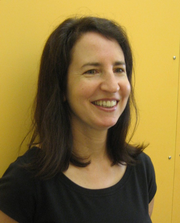 Freelancers across New York City gathered at City Hall this Monday, February 29, to shine a spotlight on the issue of client nonpayment at a hearing for the Freelance Isn’t Free bill. In addition to allies in labor, policy and business, over one hundred Freelancers Union members attended the hearing and dozens appeared to testify. It was the first official meeting between the City of New York and the freelance workforce.

At the hearing, Council Members heard freelancers from a wide range of industries – including film production, fashion, court reporting, consulting and web development – share their nonpayment experiences. Each member story was unique in its context, but the message was universal: Nonpayment is endemic to freelancing and we need to find a solution.

The sheer magnitude of stories, the diversity of voices, and the broad coalition of supporters stirred a palpable sense of urgency for passing this legislation. As the first bill to institute badly needed payment protections for freelancers, It has the potential to make tangible change in the lives of New Yorkers as well as create a ripple-effect to other localities.

Deborah Cowell, a freelance writer in the book publishing industry, reminded City Council that, “...we are in the unique and perhaps enviable position yet again of blazing the trail into an amazing future that includes pretty much all industries. To ensure New York City remains a leader in workforce development, protecting our citizens who freelance is the logical next step.”

In addition to Freelancers Union members, the hearing brought together a powerful coalition of allies – including major labor leaders such as AFT, UFT, 32BJ, Make the Road, National Domestic Workers Alliance, National Guestworker Alliance, policy leaders like NELP and The Workers Lab, and business leaders like New York Tech Meetup, Kickstarter, General Assembly, Brooklyn Chamber of Commerce, Work Market, Brooklyn Creative League, Freshbooks, and Liquid Talent. This contrasting assortment of organizations came together out of a shared recognition of the same problem: the need for an updated social safety net for the new workforce.

As a first step towards building that safety net, the Freelance Isn’t Free Hearing provided a forum for advocates and workers to share ideas around solving the nonpayment problem via the proposed legislation. With majority support in the City Council, the bill is well-positioned to move forward, but the hearing offered an opportunity to discover ways in which we can work together to refine the legislation and bring it to a vote.

But the hearing did more than just shine a light on the nonpayment problem: it revealed to City Hall the breadth of the freelancing workforce and the common problems shared across a diverse and growing spectrum of workers.

As Latefa Harmon, a professional development consultant, put it at the close of her testimony, “Freelancers are becoming more of the norm in a modernized workforce - we bring value to companies of all sizes, and many of us provide one-of-a-kind services. It’s important to for us to step up to create needed payment protections for freelancers now, before this becomes a never ending battle in the near future.”

In order to have innovative and robust economies, the freelance workforce must have an adequate support system. Realizing this, lawmakers here in New York City and across the nation are beginning to listen to the challenges facing this workforce. The Freelance Isn’t Free legislation is a litmus test for how future regulations for the new workforce will be made.

Join the group making the future of freelancing better (it's free!)