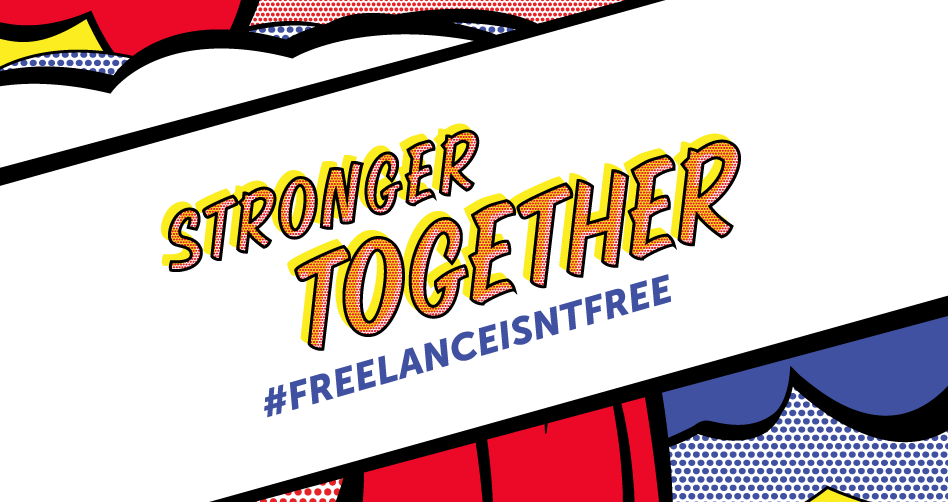 There is an Irish proverb that states, “It is in the shelter of one another that the people live.” Client nonpayment affects every individual differently, but wage theft has long plagued many parts of the workforce. The simple idea that all work deserves pay has united a wide coalition of groups who have made great strides in protecting workers.

Now, many of these groups turned their efforts toward helping to solve the issue of nonpayment with the freelance community. As we’ve forged partnerships through the #FreelanceIsntFree campaign, we’ve been inspired by the power of solidarity among groups. Not even independent contractors work in a vacuum, and these protections are strongest when they extend to all workers.

Among our partners, we have supporters from unions like the AFT, UFT, and SEIU 32BJ; tech companies and startups, like Kickstarter, General Assembly, and LiquidTalent; freelancing communities, like NY Tech Meet Up and Contently; as well as a myriad of co-working spaces. Our partners are as diverse as the New York City community of freelancers themselves – representing workers across industry, economic spectrum, and various demographics. It clear: solidarity is horizontal.

I’ve never doubted that a small group of thoughtful, committed people can change the world, but we’ve become a large group of people with the power to influence the future. With almost 54 million freelancers in the United States, we know that freelancing is on the rise. We also know income disparity is on the rise – the majority of the world’s wealth is owned by 62 people. Our partners understand that action on behalf of freelance workers is also action on behalf of all workers and on behalf of more evenly distributed wealth for all.

The #FreelanceIsntFree campaign is one small step in building a system where freelance workers can not only survive, but thrive. We’re grateful to our amazing partners for sharing our vision and advocating on behalf of the freelance workforce. We’re stronger together than we are alone: Partner with the #FreelanceIsntFree campaign and help pave the way for a better future for all.

Are you part of an organization or company that supports the rights and fair treatment of freelance workers? Click below to join the coalition of forward-thinking groups supporting the #FreelanceIsntFree Campaign.