This freelancer spotted his work on a subway ad... but was never paid for it 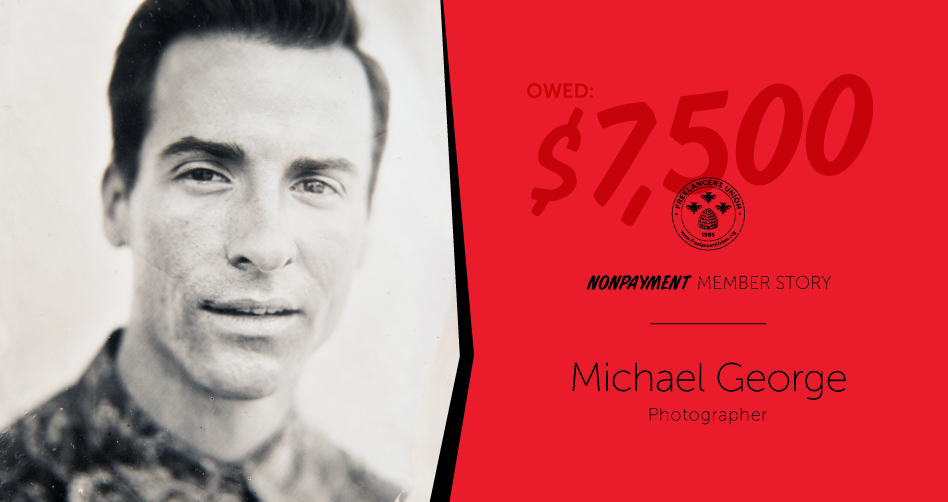 Join the fight against nonpayment #FreelanceIsntFree

In February 2014 one of my favorite clients sent me an email. A friend of mine from college worked in their PR Department and was always recommending me for gigs.

Often they were small jobs to provide images of their facilities to local news organizations.

This time they were in a pinch. A new facility was opening up and they needed images of the space to put on their website. Their “official photographer” was not coming in until next week so they needed placeholders until then.

They asked if I could come in that day and deliver the images within 48 hours, in exchange for free access to the facility for six months (no payment).

Because I had worked with the client in the past and had a great relationship with them, I saw this as a favor and hopped on the subway without putting together a contract.

I was told the images would only be used on the website for a week or two until the “official photographer” reshot the space.

Fast forward to February 2015. I was walking down into the subway and happened to notice an advertisement for the space.

I recognized the images used in the ad because they were my images. I checked the website and realized they were still using my images there as well. I was furious.** It felt like I had been stabbed in the back.**

I sent an email to my contact and they tried to explain it away, saying they had “a lot of new hires” and “someone must have pulled the images from the wrong place.”

I explained that, regardless of error or intention, I should be paid an advertising day rate and licensing fee for the usage of the images. I sent multiple emails to the creative director and received no response.

Over the next few months I occasionally sent follow up emails, hearing nothing back.

Part of me wanted to give up, but every time I told the story (or walked by one of the locations) it would reignite the fire and my friends encouraged me to keep fighting.

I contacted a lawyer and had him send a letter warning that my next step would be small claims court. Still no response.

Two weeks later I received a curious email. The PR Director emailed me and asked if I was available to do a shoot for them.

Apparently my messages were not getting around. I replied with a thorough explanation of what had happened and referenced my lawyer’s letter.

A few days later I received a phone call from the head of marketing who sincerely apologized.

At this point I had sent countless emails over six months and put in the time to find and meet with a lawyer, all in the name of fighting the good freelance fight. To my surprise, I finally made a breakthrough.

After our phone conversation the company agreed to compensate me $7,500 to make up for the unpaid advertising day rate, licensing, and lost time.

When I hung up the phone I was over the moon. After so much time I thought this story would only end in more frustration.

Ever since that day, regardless of how soon a job is or my relationship with the client, I refuse to begin work without a signed contract on the books.

Nonpayment is about companies taking advantage of individuals - because they think they can.
How far are you willing to let it go? Show your support by joining the #FreelanceIsntFree campaign.