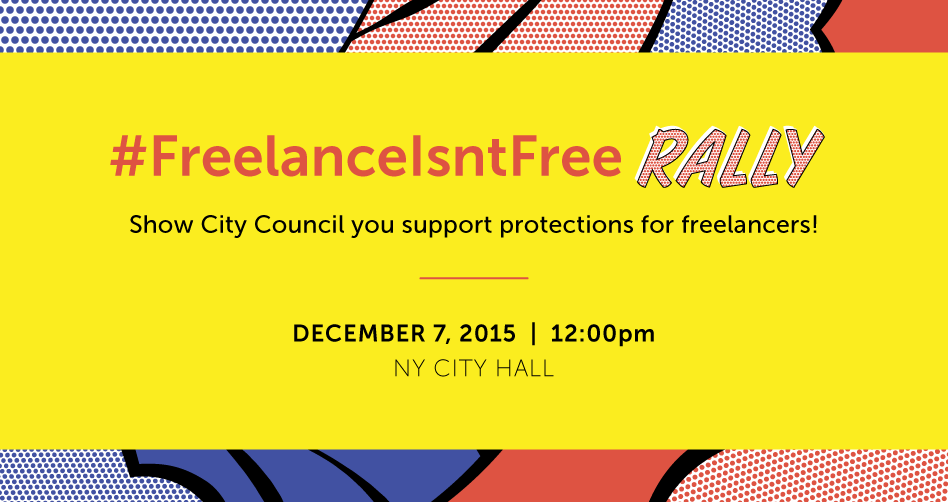 On Monday, December 7, the #FreelanceIsntFree Campaign heads to New York City Hall, where we will introduce landmark legislation designed to protect freelancers against nonpayment.

Join us at 12 p.m., Monday, December 7 on the steps of City Hall to show support for the bill to New York City Council. We’ll be gathering with signs and hot cider in-hand to celebrate this historic moment and let the City of New York know that freelancers deserve to get paid!

It’s not just a party, people: We’ve also got a lineup of speakers to underscore the importance of the #FreelanceIsntFree bill, as well as major support from City Council Members.

Remember, we’re stronger when we’re together – so let’s show our strength in numbers on Monday, December 7 at 12 p.m. on the steps of City Hall!

Invite a friend to join you at the #FreelanceIsntFree rally!