How one freelancer relentlessly pursued a deadbeat client – and won 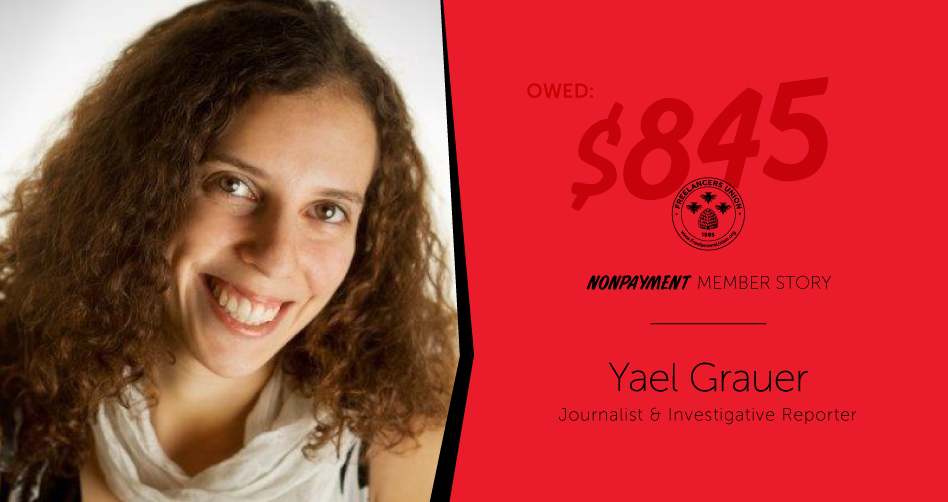 Presently 71% of freelancers have trouble getting paid by their clients and, on average, each unpaid freelancers is owed over $6,000 in income.

It started out innocently enough. A potential client liked my work, and had one of his employees contact me to see if I’d be interested in meeting to discuss some potential projects he wanted my help on.

Several weeks after the initial meeting, **he needed some emergency last-minute work done. **He told me the terms over the phone and asked to meet in person the next day.

I’d had some misgivings about the client in the first place for various reasons, and a second red flag was when I learned he’d fired the full-time employee working on the project. The third red flag was that he was incredibly rude to his sys admin during our meeting, which is a deal breaker for me to this day (more than four years later).

Still, I proceeded against my better judgment. I created a shared Google doc so that he could observe my work in real time, due to the time crunch, so that I could immediately make corrections.

I got feedback asking for more pages of information, though I had no idea what else to include, and for images, though copyright was an issue.

My concerns and questions were never addressed, but were instead greeted with hostility. And so it was that midway through the project, the client decided to complete it himself.

I was actually relieved at this point, and let him know that I’d simply bill him for the work I’d completed up until that point.

His response was,** “Bill? Are you kidding? For what? You did not provide me with any services. Good luck with your bill-sending exercise. All further emails will be automatically deleted.”**

At the time, I was a member of the National Writers Union, and so I contacted their grievance division to try to determine my best next step.

After someone at NWU tried to contact the guy, who did not respond, they advised me to take the matter to Minnesota Conciliation Court (i.e. Small Claims Court) and provided me with some advice on how to handle the Conciliation Court process.

Filing the claim was pretty easy. I simply contacted the Conciliation Court office in the county in which I was filing the claim (which was in his city, not mine).

I also had to pay a $75 filing fee, but was told it would be added to the claim.

The Court took care of it from there, setting an actual date and time, and notifying the defendant by first class mail.

My next step was to put together my case for the judge or, as they refer to judges in Minnesota’s small claims court, referee.

I wrote my case out clearly on an index card, so I could summarize it in just a few sentences. I put an asterisk next to each item, to remind myself to** gather evidence for each claim.**

After putting together extremely comprehensive documentation, I then made three copies of the entire packet–one for me, one for the referee, and one for the deadbeat client in case he claimed to never have seen the documents, which is exactly what he ended up doing.

I then searched for local case law on** quantum meruit, a Latin term meaning “as much as he deserved”** which refers to the actual value of services performed. When no written contract exists, or when the amount due for work performed is in question, the judge calculates the amount due based on the time the project took, the usual rate of pay or customary charge, by implying a contract existed.

Although I never did find any state law on quantum meruit, the referee knew what I was talking about when I brought it up.

A paper contract is always preferable, but was something I made the amateur mistake of ignoring because I was absolutely confident in my ability to rock this project, and I assumed the client would have the integrity to pay his bills. My bad.

I can’t say I wasn’t worried before court.

What if the judge automatically sided with the guy since, well, he’s a CEO and they’d likely both be male and might view me as a powerless little girl?

What if he asked to see a written contract we didn’t have? (The guy actually had the nerve to send me an e-mail saying, “File away. Make sure you show them the contract.”)

Would the judge hear me out and see my paper trail? Would I get to speak without jerkface interrupting me?

In some ways, though, I felt that there was some value just in trying, despite the result.

And so I realized I’d already won even if I lost the case. At least I’d inconvenience my deadbeat client and show him that if you mess with a freelancer, you’ll end up in small claims court!

It’s still nice to get money owed to you, though.

My Day In Court

My now-husband was cool enough to go to court with me, which helped take my mind off of all the things that could go wrong.

The day of, I put on makeup and my fanciest suit and pearls. My deadbeat client took forever to get there, which made me a bit nervous.

What if he’d hired one of the fancy lawyers in the room? Turns out that he was just incredibly late.

But even if he had brought a fancy lawyer, it’s worth noting that the judge wasn’t too impressed by the lawyers and was actually incredibly fair, at least during the other cases we observed. (We stayed to watch.)

But back to my case. So my deadbeat client had no paperwork with him. The judge seemed super impressed by the sheer amount of paperwork I provided, joking about how I am a writer, and seemed even more impressed when I brought up quantum meruit.

The defendant was smug and self-righteous. He also flat out lied about multiple things and then backpedaled, lost his temper, and got in the judge’s face. Classy.

I was very glad that I brought tons of paperwork, because when the defendant tried to lie under oath (which he did repeatedly), I had the documentation to prove it.

After seeing that things weren’t going his way, he said he was going to appeal.

The judge basically said, “Good luck with that, because you brought no paperwork.”

We saw him as we were leaving, and he screamed, “Good luck collecting!” to me as his elevator door closed.

And though** this was about justice and collecting payment due to me,** and I prefer smooth, seamless interactions with clients, I have to admit that it was pretty nice seeing the guy who’d wasted so much of my time visibly rattled.

But next was the waiting game, as this judge in particular said he would mail his decisions to people and not announce them right away.

Some time later, I received a letter stating that the judge decided that the defendant owed me partial payment--a total of $500, plus $75 for the filing fee.

My next order of business was to try to collect payment…

The next step after winning a court case is pursuing payment.

**Many people who win cases in small claims court never even see a dime. **I wanted to at least try my hardest.

My first step was to obtain a money judgment. This began by having the Conciliation Court transcribe the judgment to the District Court.

This actually** puts a lien on the client’s property, **which doesn’t necessarily mean you’ll ever get paid (especially if they do not sell their home or have other liens ahead of yours), but it’s something.

Next, I had to obtain the judgment debtor’s assets, such as bank accounts. I had no idea where he banked, because he never paid me, so I had no canceled checks.

So I filled out an Order for Disclosure from the court, which required the debtor to disclose what assets he has. I had to track down the home address for this, which took a little bit of elbow grease.

Next, I had to wait for the form to be returned to me**.** If it was not received within 16 days, my next step was to fill out an Affidavit in Support of an Order to Show Cause.** Luckily for me, I received a check for $575 from the deadbeat client.**

This entire process was very time-consuming. I’d originally invoiced him on August 5th, and didn’t see a dime until the following May.

In addition to the $75 in court fees (which he did pay), I also had to pay $40 for the transcript of judgment, $10 for the order of disclosure ($5 each for his work and home), and $5 to file a partial satisfaction of judgment.

Then the guy has refused to pay this additional $55 owed (what a surprise!), and because it would have cost me an additional $55 to seek wage garnishment, I have decided to simply drop it–though the court records indicated he never paid in full, and the amount still owed was reflected as unpaid on his credit report.

But I did end up getting paid. After I learned that this guy was ousted from his own company, I pursued payment with the new owners—who paid the remaining amount due.

This post was orignally published on my blog. Read it here. You can also read my guide on navigating the small claims court.

The money is important, but client nonpayment isn't just about money; it's about value. When clients do not pay freelancers, and when our system allows freelancers to go unpaid, a view that freelance work is somehow worth less takes hold. How much do you value your work? Join the #FreelanceIsntFree Campaign and take a stand against client nonpayment.