Would you settle for half of what you're owed? 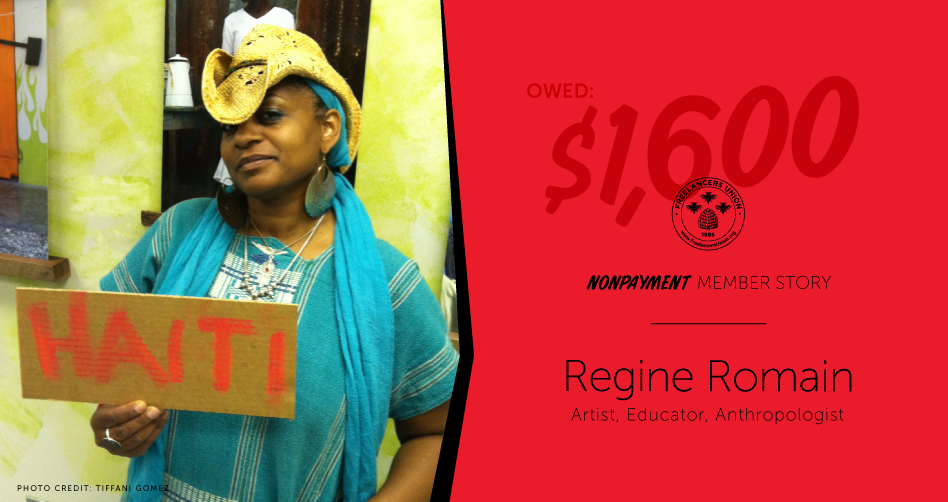 Presently 77% of freelancers have trouble getting paid by their clients and, on average, each unpaid freelancers is owed over $6,000 in income.

I was hired by a large non-profit organization in Brooklyn to serve as a consultant for a 2015 Summer YOUTH program in Coney Island.

I worked with staff members and other consultants to create a dynamic program focused on leadership development through the arts.

The program was well documented with photographs, video and student writing.

At the end of the two week program, I was not paid. I was told that the organization had at least 30 days to pay all submitted invoices.

In the interim, the organization fired the person who hired me, her direct supervisor and many others.

As you can imagine, navigating through this quagmire to get paid has not been easy.

After consulting with a lawyer, I sent a demand letter via email and certified mail to the Executive Director and three Executive Staff members.

I also reached out to the local Councilman in the Coney Island area (District 47) to report on the bad business practices of this non profit organization.

Payment for services rendered is now two months past due, but I did receive a response from the General Counsel representing the organization.

The letter went on to state that the person who hired me did not have the authority and, furthermore, that the rate is far in excess of that which the organization normally pays for the type of work that I did.

Lesson learned? Always get a contract signed by the right folks. Always keep a paper trail, just in case you have to follow up a client non-payment experience with court proceedings.

Freelancers are entrepreneurs and make up a great part of how New York City functions.

Whether we are speaking of carpenters, teaching artists or web designers - we are an important part of the economy of this city and our services are NOT FREE.

After sharing my non-payment story with one of the board members from this organization, she was gobsmacked and emphatically stated, “non-payment to freelancers creates havoc with our eco-system."

Nonpayment is a cross-industry problem. All too often, the organization at fault has stronger legal backing than their freelance contractors.

Independent workers have little recourse for recouping not only the missing payment, but also the time spent chasing it down. How far are you willing to let it go? Share your nonpayment story here.