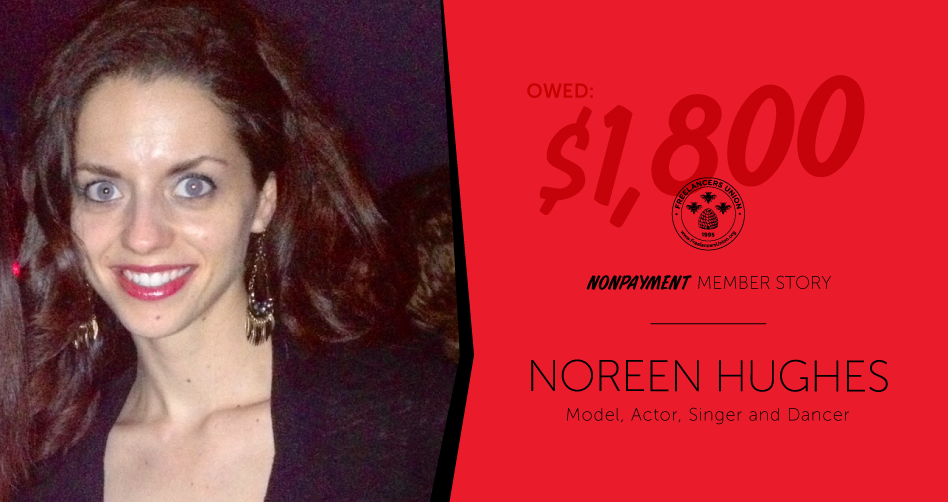 Presently 77% of freelancers have trouble getting paid by their clients and, on average, each unpaid freelancers is owed over $6,000 in income.

In October of 2014, I modeled for a bridal designer at NY Bridal Market. Little did we know, the company would go bankrupt by December 2014.

It wasn’t an unforeseen event - apparently, they began the filing process in May - meaning, it is possible that when they hired me, they already knew they wouldn’t be able to pay me.

Furthermore, because the company is French and the bankruptcy filing is under French law, **it’s been incredibly difficult **for my agency and I to ascertain what rights we have in this situation.

All in all, I’ve been waiting since December 2014 for payment - that’s roughly 250 days and counting.

The worst part? They have rehired their entire old staff. The designer continues to operate under new ownership, but they are ignoring their past debts, mysteriously not responding for weeks and months on end.

**I thought I had covered my bases. ** I googled the company prior to Bridal Market, viewed an award-winning designer’s beautiful work, and booked this job through a reputable modeling agency.

I worked overtime for 3 days straight, was honest and punctual - but all of this did not necessarily equate to a paycheck for services rendered.

I’d like to ask our elected officials to imagine going into work for an entire week, only to discover on payday that (surprise!) the check isn’t coming.

Some careers, like acting and modeling, do not have the option of full-time employment. We need legislation that will protect people like me from clients like this.

When it's convenient, even high-end and otherwise reputable companies leave freelancers empty-handed - they do it because they can. A system that requires independent workers to second-guess every potential client and renders freelancers vulnerable to wage theft is a broken system. How far are you willing to let it go? Share your nonpayment story here.