"The show must go on": How one freelancer dealt with a deadbeat client 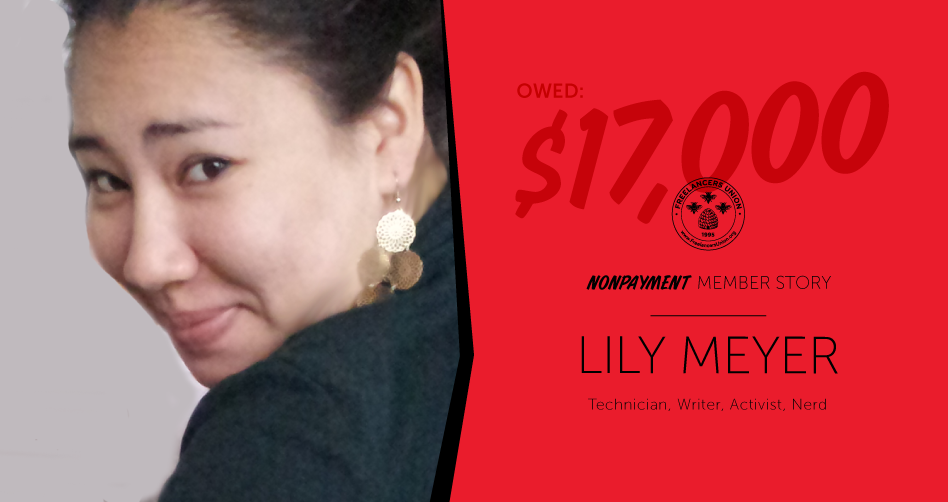 Presently 77% of freelancers have trouble getting paid by their clients and, on average, each unpaid freelancers is owed over $6,000 in salary.
Read on for first-person accounts from Freelancer Union members facing this issue -- and their thoughts on how to solve it. Share your story here.

I began working for a theater company as a lighting designer and at first things were great! Then, a few months in, my client began to defer payment over and over again because of "budget" or "lack of capital", and promises made to pay once cash flow came back.

I didn’t use a contract, but in both cases they were "official" in that W2's and 1099's were complete and reported.

The first time they deferred payment, I thought, "Well, yes, I understand. It'll just be a thin month, but next month I'll have the balance."

Things went OK after that, but then it started to happen again. Check after check was delayed.

That's when I started to panic. "I need a new client," was the first thing that went through my mind.

Then, "But how will the show go on? I have to find a replacement for me!" I feel a lot of responsibility for my work because it’s what I love to do.

But clients can often take advantage of my passion and work ethic, I started to realize that I was taking on far more than I'd originally signed on to do.

So then, I allowed myself the moral/emotional freedom to feel cheated.

After that, well, I battened down the hatches for what I (rightly) knew was going to be a serious deficit in my budget.

Digging into savings is painful, and happens all too often.

The expenses that fall by the wayside first - and almost inevitably - are quarterly tax payments. This has been a tough one this year, and I've yet to actually make any quarterly payments at all.

Along the way, I tried to cover my bases with a paper trail of Invoice and email reminders - to no avail.

Ultimately, I had to suspend services until payment, but it was really hard to do in a theater context, because the show must go on.