What happens when you #FreelanceFail? 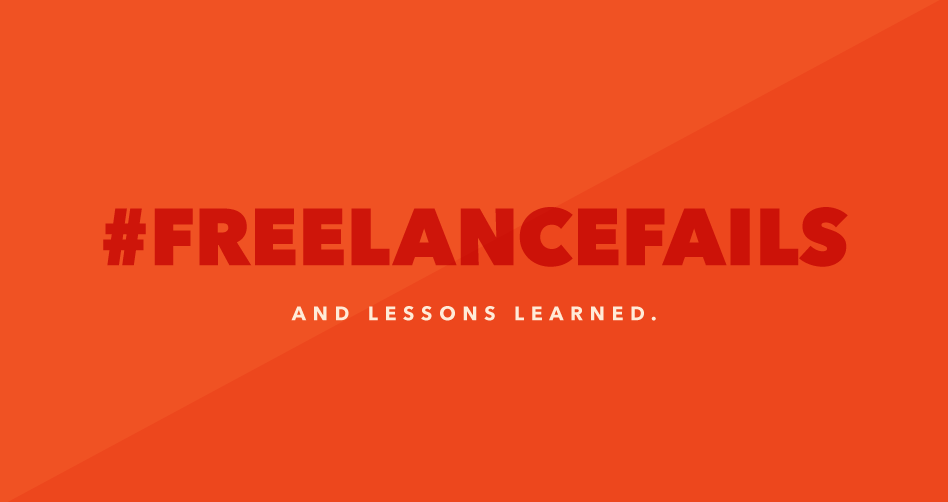 Once, many moons ago, I was flailing around in that sticky state of transition between lame-o gigs taken out of beginning-freelancer-desperation and slightly better gigs.

I had recently raised my rates, but not quite enough; I was still desperately overworked and underpaid, and juggling innumerable short-term clients.

A major long-term client had just folded, which meant that I was also looking for a replacement – and as we know, applying to endless gigs takes up quite a bit of time.

In addition to all of this, I was working on several artistic jobs, and dealing with a loved one’s health crisis. You might say I was…. Overwhelmed.

In the midst of all of this tightly-controlled chaos, a new, itty-bitty project came winging in.

It was from a company I had worked with before, briefly; I didn’t like the work, and it didn’t pay very well, but I was scrambling to cover the holes left by the loss of my long-term client, so I took it.

I was in a “say-yes-to-anything” mode, and driving myself into a ditch.

This particular project had a notoriously uncommunicative team attached, and pretty loose deadlines – they wanted a first draft in a week, but they didn’t specify a date. I agreed, and went about my work.

Let me repeat: it was due in one week.

TWO WEEKS LATER, I sat up in bed in the middle of the night, and actually screamed – because I HAD FORGOTTEN THE PROJECT ENTIRELY.

I had simply become too busy, and the teensy-weensy project had slipped conveniently through one of the growing cracks in my overstressed schedule.

I had no external motivators – I didn’t like the work, it wasn’t for very much money, and (as I mentioned) the supervisors were uncommunicative, so I hadn’t gotten any outside reminders.

Thus, my overtaxed brain quite sensibly decided it was unimportant, and forgot all about it until my subconscious kicked me out of bed a week later.

It was not one of my proudest moments: I had orchestrated a complete and total #freelancefail.

But I learned something interesting about the consequences of a complete, irrevocable mess-up: when you #freelancefail, you tend to #freelancesurvive.

Everybody is going to mess up at some point. Sometimes (often) it’s in some little, almost untraceable way – glaring only to you, and mostly inoffensive to everybody else.

Sometimes it’s an inevitable part of a learning curve. And sometimes, it’s just a straight-up mistake.

What’s interesting is that when you DO really, really bang into freelance failure… even when it’s awful, it’s often not AS BAD as you feared it would be.

Your client may fire you. You may get stiffed out of some wages. You may burn a bridge or two, which stinks. But you will not die. You will survive. And you will grow.

I’m a bit of an extremist; my visions of failure always involve, I don’t know – being cast out upon the desert sands while covered in honey, or the like.

It was embarrassing to admit my error to my client; it was far more embarrassing to turn in the draft late (and yes, I did write it wild-eyed, in the middle of the night, just after realizing my mistake).

They were fairly nice about it, all things considered, but they never called me again – and I don’t blame them.

But a truism held, even in this epic #freelancefail: Almost every time I’ve confronted failure in life, it’s actually taught me something valuable.

In this case, I learned the value of saying “no” to gigs that did nothing for me and that constantly driving myself to the point of exhaustion would eventually, inevitably affect my work.

I also learned to always, always, ALWAYS write things down – even when I’m sure I’ll remember them.

Almost every freelancer, whether they’re willing to admit it or not, has suffered a freelance failure, but those very freelancers have corresponding stories of freelance survival.

Freelancing can be really stressful and demanding. At some point, you may indeed drop the ball.

But if you take a little time and space to forgive yourself and learn from your mistakes, you will indeed turn your #freelancefail into #freelancesurvival.