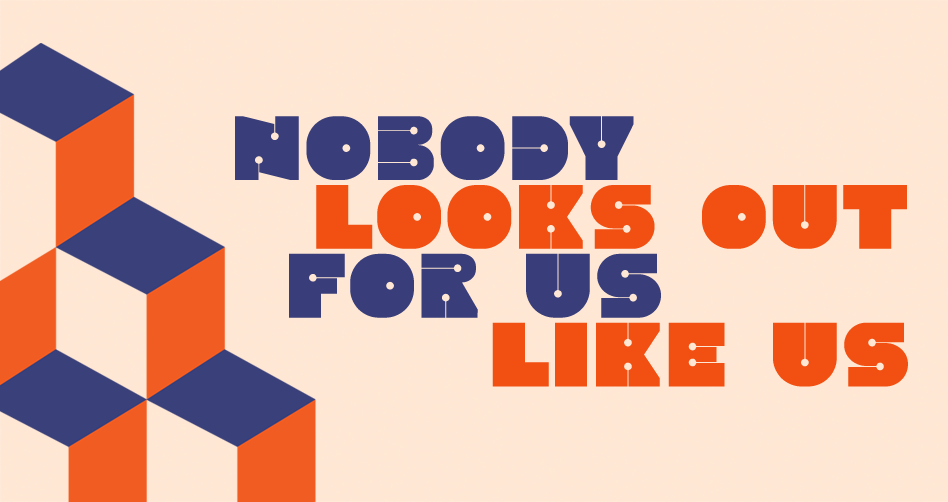 When I was growing up in Brooklyn, my parents were part of a neighborhood babysitting cooperative. Each family would take their turn watching each other’s kids. The short-term benefits were obvious -- parents in rent-stabilized apartments like mine could get a night on the town without having to worry about finding an expensive babysitter.

But it was the long-term benefits that I remember most. Every neighbor who took care of me and my sister got to know us. They looked out for us. They were really invested in how we were doing and in making sure we were safe and happy. The cooperative created a real community.

What started as a simple transaction (“I’ll watch your kids if you’ll watch mine”) became something much bigger and more important. My parents and their neighbors saw the power of the group, not only to get the tangible things they needed (free childcare) but also to knit together an informal support system that lasted throughout my childhood.

It’s that ethos -- Nobody Looks Out for Us Like Us -- that sparked the idea for Freelancers Union nearly 20 years ago. Freelancers are stronger together. As a group, we can get access to health insurance, retirement plans, and all kinds of resources that we couldn’t get alone. As a group, we can begin to show what the 21st century workforce will need for true stability and security.

That’s the story we’re telling in our new video embedded above -- “The Work Revolution: How Freelancers Got a Union.” In an homage to Schoolhouse Rock, it tells the backstory to why freelancers need a union in the first place and how 250,000 freelancers made that a reality.

The video itself was made in partnership with freelancers across the country -- from NYC to LA to Atlanta (you might notice the “Freelancers Union” character is voiced by Carey Means, aka Frylock from Aqua Teen Hunger Force!).

I hope you like it as much as we do.

Please share the video and tell your friends to join.

Because the bigger our group, the stronger we are.