The Era of Big Work is Over 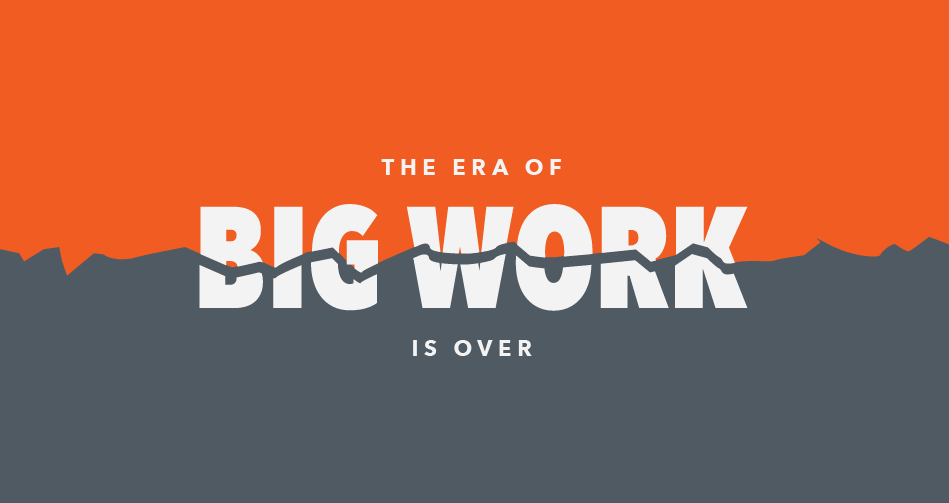 The economy is changing.

It’s in the way we’re spending our money, the way we’re working, the gigs we’re taking, and the values by which we’re living our lives.

Once they go independent, they’re choosing to stay independent -- 9 out of 10 freelancers have told us they’d never go back to the 9-to-5.

I wrote about this change this week in the Los Angeles Times and I can tell by the way that people are responding, American workers feel it too.

Success during the Era of Big Work meant promotions, benefits packages and pensions. Americans went to work at 9 a.m. and left at 5 p.m. — OK, let's be honest, 6 or 7 p.m. — primarily for the material rewards that flowed from such employment: a new car, robust benefits, a three-bedroom house and two weeks of paid vacation. For the past century, in other words, remuneration defined success. For many workers, it still does.

However, among the growing ranks of independent workers, labor itself is increasingly its own reward, as is the opportunity to establish a work-life balance that was unthinkable during the Era of Big Work. Millions of freelancers are working when they want and how they want. They're building gratifying careers but also happy lives. And they're helping build a support system so they can live the lives they want.

This isn’t just about money, happiness, or the ability to set your own schedule -- though those are all great.

The new economy needs a new metric for success, and we’re calling it meaningful independence.

It’s not about slaving away for 40 hours a week for someone else’s dream. It’s about living in a way that allows us the time and energy to pursue the things that matter most -- our art, our friends, and our families.

If the Great Recession taught us anything, it’s that the old way of doing business isn’t working.