#ThanksForTheSpark: Lessons I learned from a civil rights leader 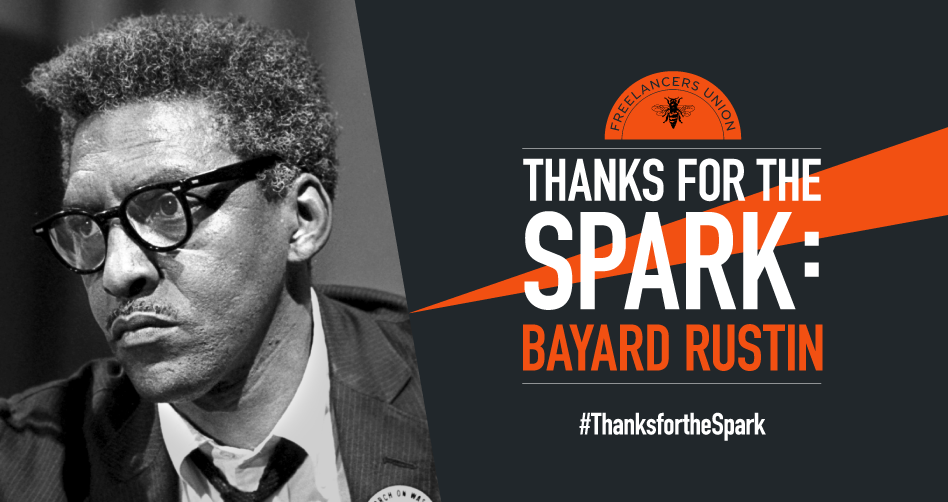 When I was in 5th grade, Bayard Rustin -- the famous civil-rights leader -- came and spoke to my class at the Brooklyn Friends school.

He’s been a role model ever since. His picture has been on my office wall since I opened the doors of Freelancers Union in 1995.

His speech gave me a sense of the possible. He made me realize that there’s a basic dignity that we all share as human beings, and that we can’t accomplish anything if we don’t acknowledge those things that connect us.

I’ve done my best to fight for that dignity ever since -- just as Rustin did until his passing in 1987.

As a lifelong Quaker, he brought many of Gandhi’s nonviolent strategies to Dr. Martin Luther King’s campaign. He was a leader of the 1947 Freedom Rides, an organizer for the Southern Christian Leadership Conference, and a chief organizer for the 1963 March on Washington for Jobs and Freedom.

It’s impossible to imagine where we’d be without the work of Bayard Rustin. His influence is deep in the DNA of the civil rights movement.

Personally, I can’t say enough about how he’s helped to develop my worldview, politics, morals, and passions.

Bayard Rustin, #ThanksForTheSpark that you gave me all those years ago.