What freelancers can learn from “Magic Schlepping Circles" 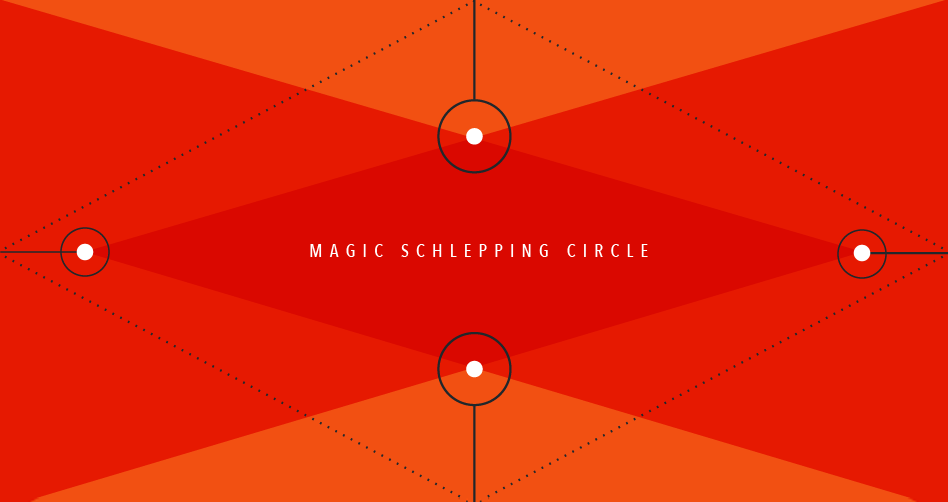 As a Jew from Brooklyn, it’s not unusual to see how the Orthodox Jewish community defines itself and their rituals in a ways that are clear yet surprising.

For Orthodox Jews, though, sabbath can present some challenges. Their interpretation of sabbath says that in order to ensure sabbath is truly restful, the act of carrying (or “schlepping”) certain things is prohibited: house keys, prayer books, canes, baby carriages, and walkers, for example.

Understandably, it’s hard to make that work day-to-day. So they found a common solution to a common problem.

An eruv -- or as Calvin Trillin called it, a “Magic Schlepping Circle” -- is an enclosure (usually a simple string or wire) that encircles a Jewish neighborhood and makes it an extension of one’s home -- technically allowing Jewish residents to carry certain objects outside but still be compliant with the rules of sabbath.

You can still see eruvs in many Brooklyn neighborhoods with large Orthodox communities , the thin wire strung from light pole to light pole, marking the edges of the “Magic Schlepping Circle.” There’s even an eruv that stretches from Manhattan’s Upper West Side all the way to Houston Street.

In effect, this enclosure says, “We respect the rules that exist -- and we’re adapting it in a way that makes it work for us.”

Why do I bring this up? Because just as observant Jews created a domain that made sabbath work for them, freelancers are creating a domain within the current economy that’s all their own.

And it really is magic. Freelancers aren’t just reacting to an economy that’s out of step with their principles -- they’re acting, collectively. Freelancers are creating their own intentional community -- their own version of an eruv.

They have decided that, as a community, they value time over money -- time to spend with family or friends, help improve their communities, and work on their personal passion projects. In this intentional community, we’re allowed to do what we want to do to make a living. We don’t worry about the jobs that aren’t there -- we create the jobs we want and our communities need.

Our members have been telling us this loud and clear. In fact, 88% of our members recently told us that even if they were offered a traditional 9-5, they wouldn’t give up their independent lifestyles.

But they aren’t operating on their own -- 81% of our members said that they’ve helped other freelancers find work.

Freelancers know that the current economy isn’t working for them -- so they’re building their own solutions.

This is the future of work. This is New Mutualism. It’s our freelance “magic schlepping circle.”