50 Most Powerful Women in New York 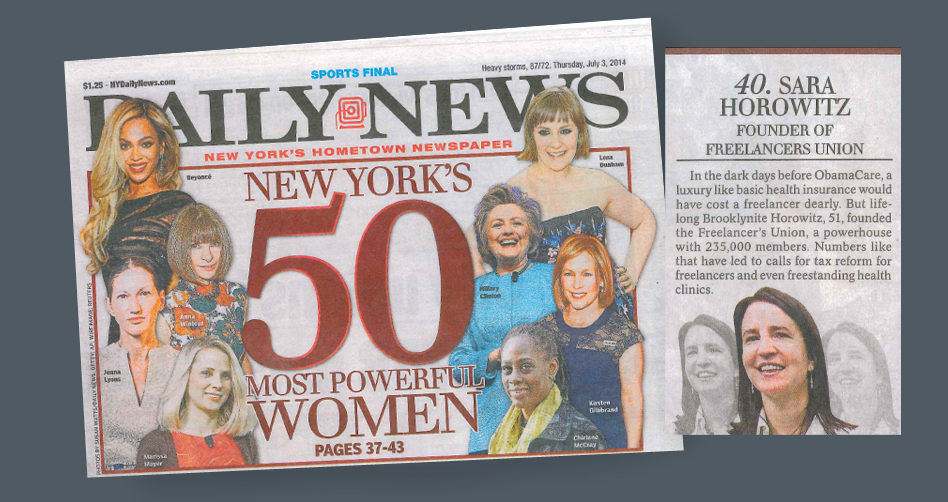 Our movement is making headlines -- and getting recognized as a model for a new kind of leadership.

This morning, the Daily News released a list of the 50 most powerful women of New York City -- women who shape business, politics, and culture and are “ceiling-shattering” role models for women leaders.

Next to Beyonce, Tina Fey, and Hillary Clinton, was our very own Sara Horowitz, founder of Freelancers Union.

Calling Freelancers Union “a powerhouse,” Daily News highlighted Freelancers Union’s work to pioneer new systems of support for 235,000 independent workers in the city and around the country.

Thank you, Daily News, for recognizing the growing freelance movement! This is a celebration of millions of freelancers across the country who are powerhouses in our communities, our economy, and our culture.

Join us in celebrating the power of the independent workforce by tweeting now:

"Thank you @NYDailyNews for recognizing the power of the freelance movement! 50 Women Who Run NY (w/@Sara_Horowitz): http://bit.ly/1mNZyN4"