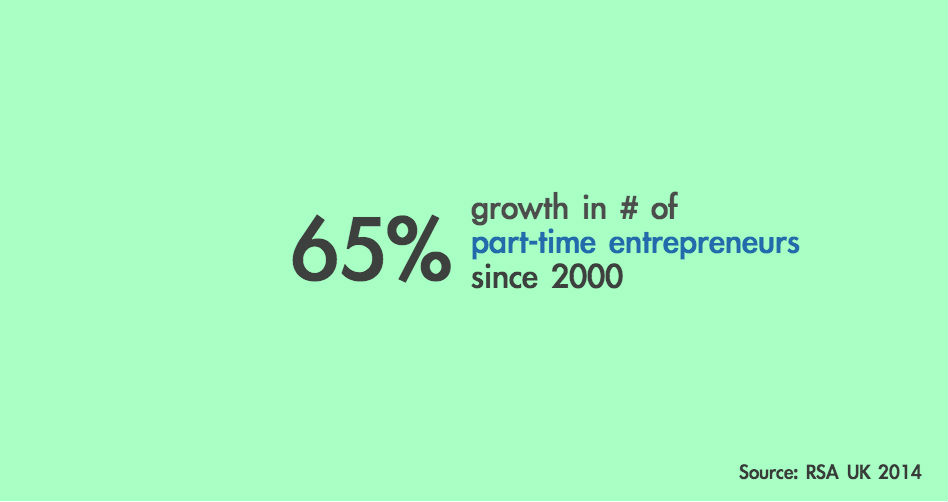 Part-time microentrepreneurship is among the fastest growing segments of self-employed people, according to a report released in the UK by Etsy and the Royal Society for the Encouragement of Arts, Manufactures and Commerce.

“The number of people running microbusinesses is growing substantially, yet the real activity appears to be happening at the small end of small, with the part-time self-employed accounting for much of the business activity witnessed in recent years,” the authors said. 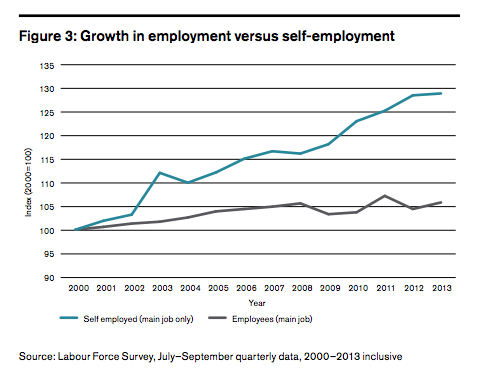 The number of people who run their own businesses but less than 30 hours/week has grown by almost 65% since 2000, compared to a 20% growth in the number of full-time self-employed people.

“The result is that around a third of the self-employed community can now be classed as part-time,” the report found. 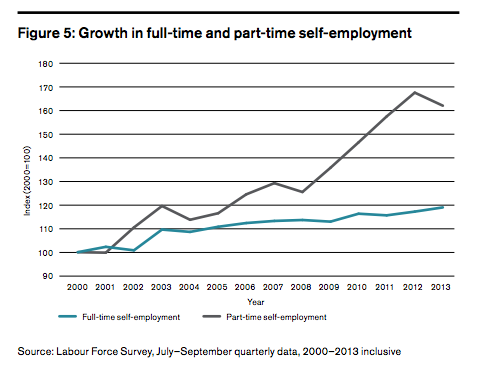 The authors of the report gave it the title “Salvation in a Start-up?”, hinting at both the enthusiasm of this new zeitgeist (“associated with creativity, innovation and risk-taking endeavours”) and the skepticism of many who judge the trend as the sign of a sluggish economy.

Either way, microentrepreneurship and freelancing are on the rise internationally -- and “traditional” workers who run side businesses are making their mark.