“The world cannot prosper without the economic participation of women.”

The researchers examined 30 countries, measuring entrepreneurial environment, ecosystem and individual aspirations, and scoring nations on a scale ranging from 0 to 100.

Here’s how we stacked up: 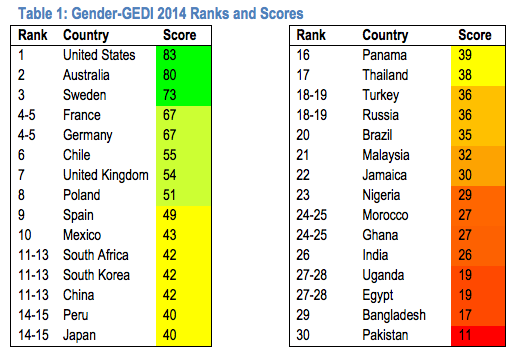 This is the second year that the U.S. has ranked #1.

According to the report, they “provide a good enabling environment for female entrepreneurship development both in terms of the business context as well as equal legal rights, access to resources such as SME training programs, access to leadership roles, and favorable attitudes towards women as executives.” But as the researchers point out, even the highest ranking countries have some room for improvement.

So how do we improve women entrepreneurship around the world?

+ Give women access to capital. In 14 of the 30 countries, 50% or more of the female population doesn’t use banks, and gender disparities between males and females with bank accounts is high. 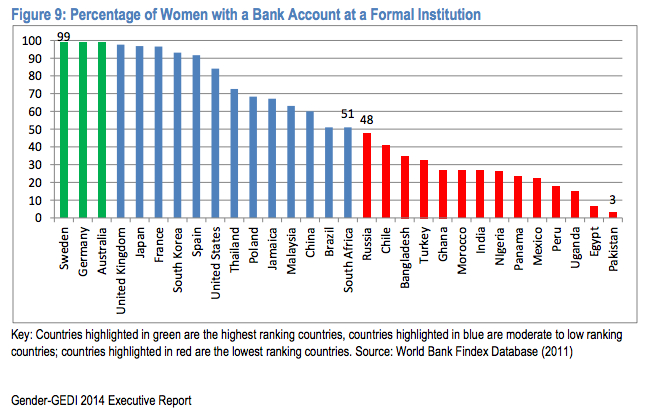 +Give women the same legal rights. In 22 of the 30 countries, married women have fewer rights than married men and 21 lack the same employment access. Countries must address these challenges first before other improvements can be made.

+Decrease “macho lab-coat, hard hat and geek” workplace cultures to be more inclusive to women and increase number of female executives. This is a problem even in the U.S., but in India, just 18% of women feel that women executives are just as good as male executives.

**It's great to know that American women are leading the way in entrepreneurship. In your opinion, what else should we be doing? **